One of the best things about having a toddler around is the way they find joy in the simple things. Like a metal mixing bowl from the kitchen. Nick managed to use it to play peekaboo, as a drum, as a hat, as a hat for the cat, as a stool, and as a chair. That is what I call creative play.

Oh, and no worries. . .no animals were harmed in the making of the above video. Ticked off, maybe, but not harmed. Notice that after being accosted with the bowl, Molly didn't go far. She just hid under our cocktail table, watching what Nick was doing. 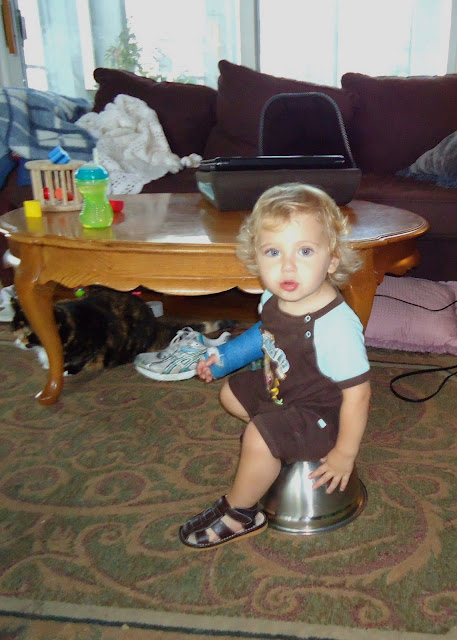 Since Nick broke his arm, I've been trying to keep an eye on him so he doesn't break anything else. You know what I noticed? My son climbs a lot. Nick climbs on his toys, on the furniture, and on me. Upwards of forty times a day, Nick climbs precariously on something. His cast puts him slightly off balance, and he often falls. My task is immense. 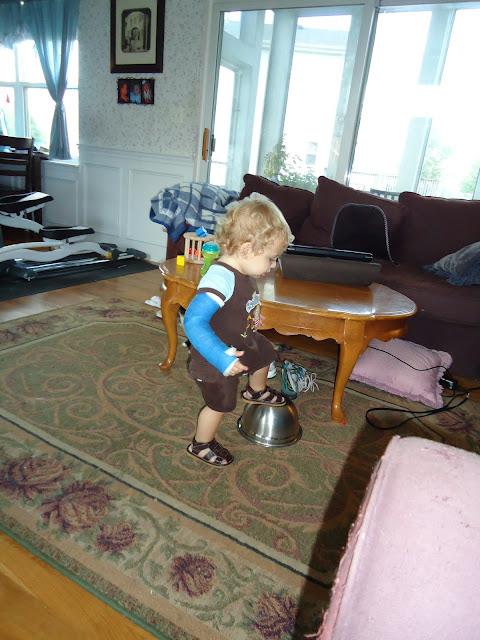 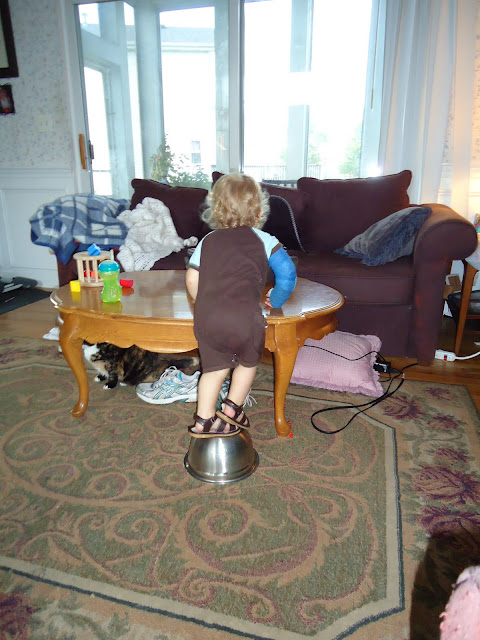 Oh, and some good news. Greg and I bought a new living room set. We are thrilled. :) It's being delivered on Friday. I cannot wait. We also bought slipcovers so that the cats don't claw the new couch. (They'd better not!)  We honestly haven't done much redecorating since we moved in, so this will be the first step in redoing our living room. It's amazing how such a simple thing (like getting new furniture) can make us so happy and excited.

Our current couch has cushions that are constantly sliding down. It's very bad on my back. The new one has cushions that won't slide. The last straw was when I found Nick playing with the stuffing he pulled out of one of the arms of our old couch. "That's it!" I told Greg. "We're getting a new couch." And we did. Do you see what I mean? Note the arm of this couch. Hey, anybody interested in an old couch and chair?  (The cat is not included.)  ;) 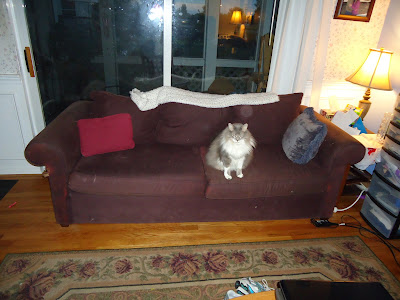