Today Nicholas had a little accident. He was playing with his Grandma Toni at the park while I was at work, and he fell down and hurt his wrist. Just to be safe, we took him to see the pediatrician. 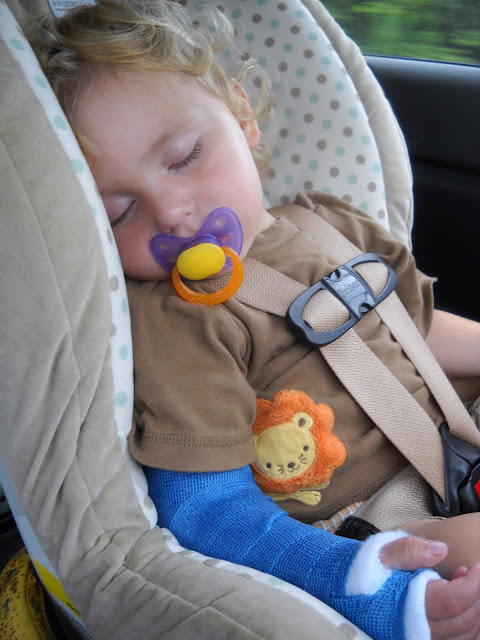 Turns out his arm was broken. Poor guy. We spend the entire afternoon in the car going to and from the orthopedic doctor's office. He missed his nap, and you can see how exhausted he was in the car on the way home. At least he got a pretty blue cast. For three weeks. From his armpit to his fingers. Sigh. 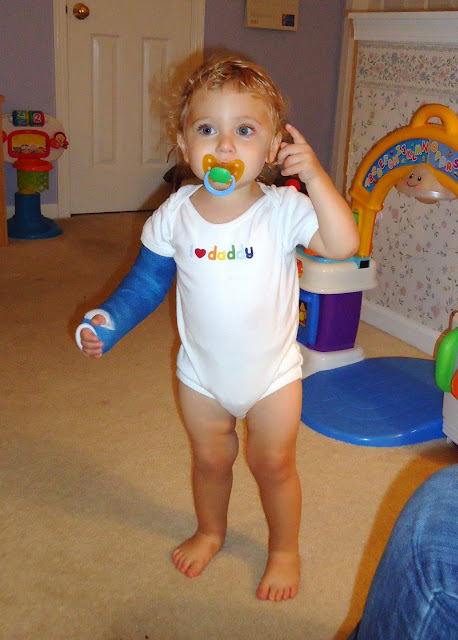 He did have a very loud meltdown when he woke up from his nap and figured out that the thing on his arm wasn't coming off no matter what he did. But he recovered and is quickly learning to counterbalance with the heavy cast on his arm. The injury obviously didn't hurt his appetite, though he's having to learn to eat mostly with one hand. 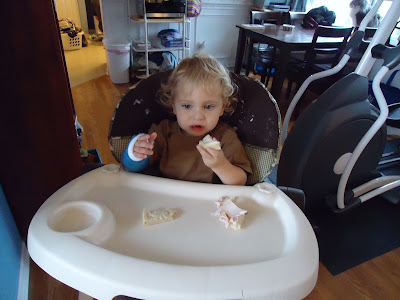 By bedtime, Nick was a little slap happy, and he played with Grandma, Mommy, and Daddy without a care in the world. Does this look like the face of an unhappy child? I think he'll be just fine. 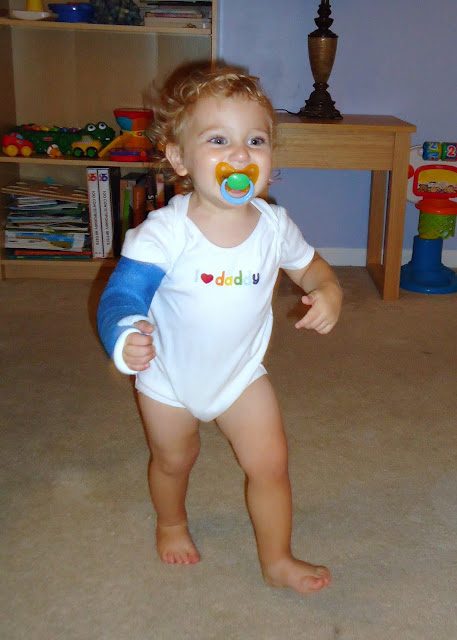