I guess I forgot to post this month. I was driving home this evening and suddenly realized I never had any posts in April, and this is the last day. I turned around to see what the boys were up to, and this is what Henry was doing. 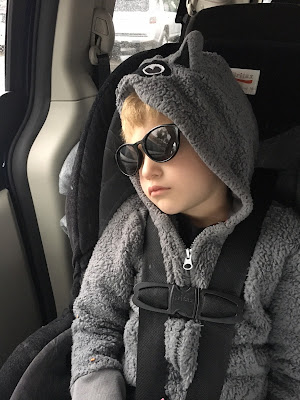 I feel just like Henry--ready for a nice, long nap. There was a lot going on in April, between administering the state exam for three different grade levels, teaching two different graduate school classes for two different universities, working on my school's garden, and tutoring both online and in person. Wow, I guess I didn't realize how busy I was until I wrote that sentence. Since I only have one post to make for April, I guess I'll write about one 24 hour period--the one ending with Henry snoozing in his fuzzy jacket and cool-guy shades. 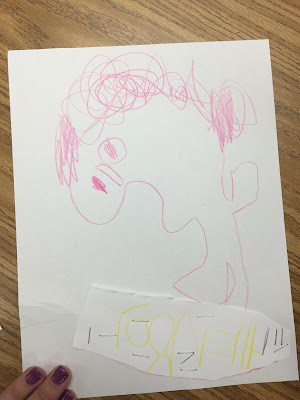 Last night I was at my school until 6:45 getting ready for next week, and Henry drew this amazing picture. It reminds me vaguely of Picasso. You'll notice he's also stapled a piece of paper to the bottom with his name written backwards. 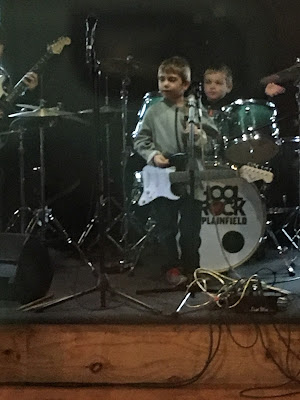 This morning Nick had his music lesson, and he got to play guitar. He prefers drums but I guess he liked playing The Ramones' version of "What I Like About You" on guitar. While he was at his lesson, Henry and I walked in the rain and had a burger at Sovereign. It was beef brisket mixed with bacon meat (yum!). I always try to snap Henry-and-mommy-selfie on Saturdays when we have our hour together. 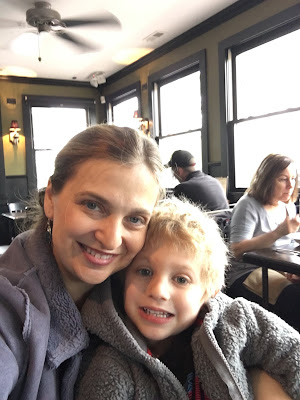 After picking up Nick, we headed to Grandpa Ray's birthday party. On the way, we stopped for balloons. They boys found these cool $1 sunglasses that they wore all day, despite the fact that there wasn't any sun. They borrowed Grandpa's walkie-talkies and pretended to be spies. Henry said, "We are being secret agent mans!"


My mom took out the Wii, but Nick didn't play for long and wouldn't let me take his picture. Henry? He played for a long, long time. 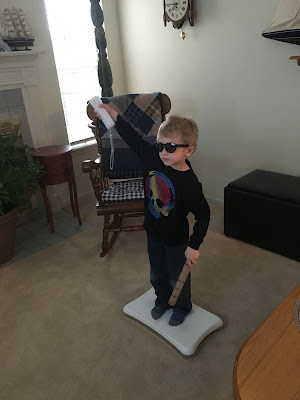 As to how well Henry played, well, it was his first time. I don't think he quite understood what to do with this game--it's a balance game where you're supposed to hit soccer balls (but not shoes) with your head. 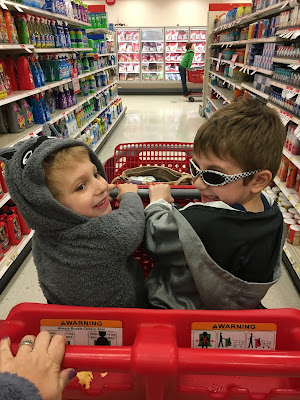 We ended our day with a trip to Target, where I let my sons convince me to drive them around in the giant cart. The thing handled like a semi-truck, and I may or may not have had to pretend it was a roller coaster car, swerving back and forth down the aisles.
Posted by Melissa E. at 10:09 PM No comments: