I hope everyone had a happy and calorie-filled Thanksgiving. We started out our day by watching the parade and checking out the floats and the dancing and singing.

After the parade, I got everyone bathed (and all the marker washed off) and dressed for our Thanksgiving dinner. We hosted, and my mother-in-law and sister-in-law came by with Sophie, Nick and Henry's cousin. The boys were supposed to help by snapping the stems off of the green beans. 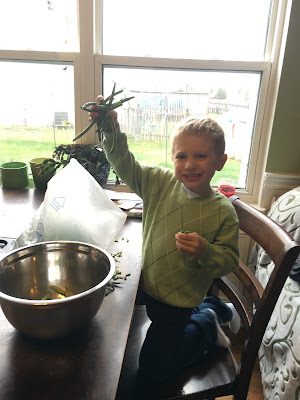 I'm afraid they mostly just ate raw green beans and played with them, though. They especially got a kick out of making green mustaches. 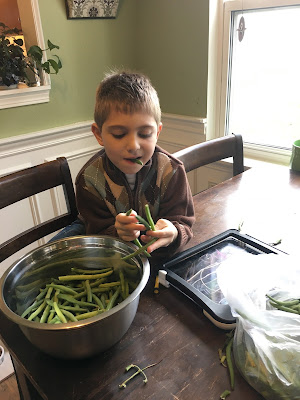 They each ate several handfuls of green beans. Oh, well. At least they like vegetables. 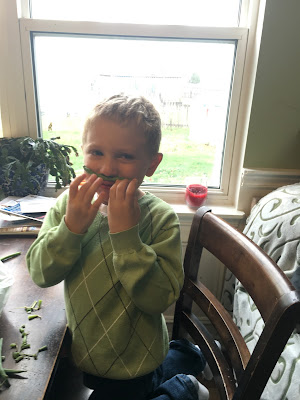 When Sophie arrived, she was very interested in petting Miss Molly. I even got her to smile! 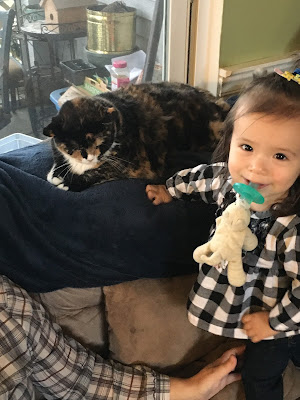 She sat and watched Nick color, and then tried to copy him using a pen. 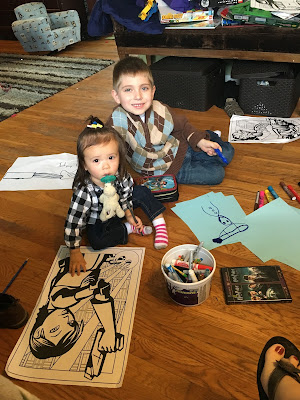 Nick also showed her how to use an Ipad, and she liked it. Henry was very jealous. In fact, I believe he was in time out when this picture was taken, for trying to get the Ipad (and the attention) for himself. 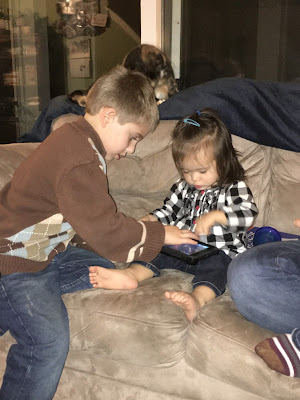 Stuffed and sleepy from the triptophan, we relaxed on the couch. Happy Thanksgiving!

It's hard to believe, but Nicholas turned 7 today. I picked up an Oreo cake to celebrate, and it was super sweet! 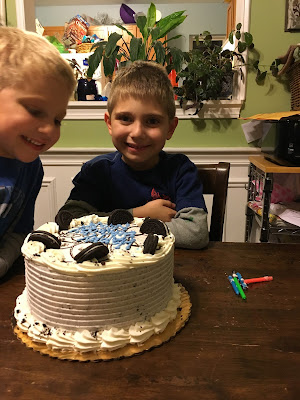 For his birthday, Nick asked for music lessons. We signed him up for a weekly exploratory class where he's trying out guitar, keyboard, vocals, and drums. He likes them all, but he really likes drums. Sigh. Of course he does. 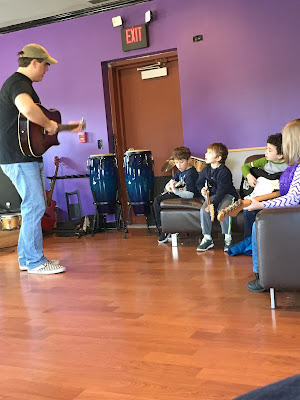 I have to say, with direction (at least during class), he didn't sound too bad. 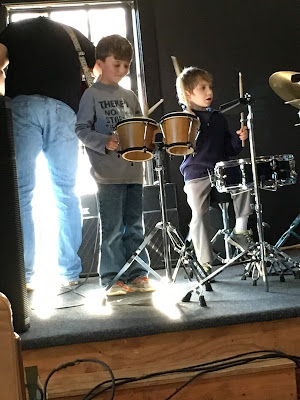 Now, his garbage can drum reportoire needs a bit of work, but that's okay. 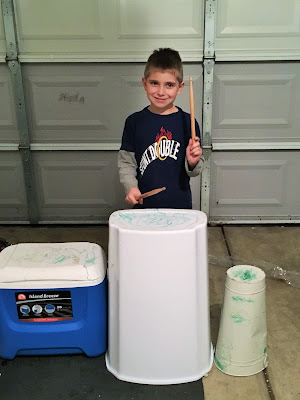 We got Nick his own set of drumsticks. He spent a good hour outside this afternoon playing the drums on these overturned garbage cans. Oh yes, he will be playing in the garage. I'm not totally nuts. 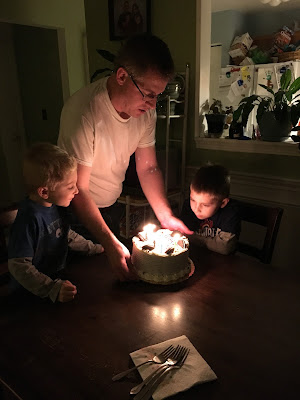 Oreo cake and some, ahem, interesting music on a Tuesday night. Not too shabby for a young man's 7th birthday.