Earlier this year, I was concerned enough about Nick's talking (or lack therof) that I went and had a developmental evaulation done. Since Nick had only about three words at fifteen months, I wanted to make sure everything was okay, and our pediatrician recommended that we have one done. The evaluation showed no significant delays, but they did tell me that he was about three months behind in language. Not enough to worry about, but just something to watch.

Well, Nick is certainly not behind now. I cannot even count the words he knows. Since July, his language development has really exploded. I think he's learned at least 100 words just in the last month. He remembers them, too. For example, we had him at the public pool today, and this boy hadn't been in a pool (or a sprinkler) in nearly a month because of his broken arm. On the way there, I told him we were going to go swimming. "Swimming water?" he asked. "Yup," I replied. When we got there, he knew right away what it was. "Pool!," he exclaimed as we walked towards it. "Water swimming pool! Down!" (The "down" meant he wanted me to put him down so he could go into the water.

I took the video below right before bedtime this evening. Nick was in an especially talkative mood, and he kept playing with his toy refrigerator. I was astounded that he knew the names of everything inside, so I quickly grabbed the camera to get some proof. I even got him to repeat most of the words on command.

Also, it'll be really nice to be able to remember later what his talking sounded like when it first really took off. I can remember this time last year, when Nick was learning to crawl, I took lots of video of him scooting across the floor on his butt and "helping" me cook. I think I'd totally forget about these times without the videos.
Lately I can actually have a little conversation with Nick, and he responds. He can follow directions, sometimes even two-step directions. Nick loves reading stories, and will go through the same book again and again, looking for the things he can name and repeating the parts he knows. He can also recognize a circle, a square, a star, and a heart. Not too shabby for a kid who was behind just a few months ago. 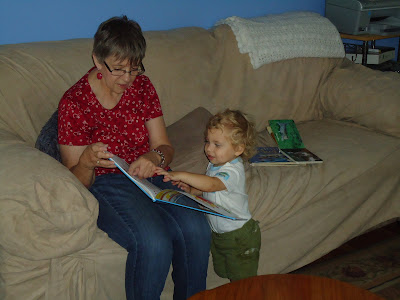 It is still, however, impossible to reason with this one-year old. But he does respond to bribery (quite well, actually). Thus the advent of the "diaper cookie." All I have to say is "diaper cookie" and he knows what to do. I break one of those little ginger cookies in half, and give him half. He immediately gets still and eats his cookie while I tackle the diaper situation. Then, if he's been still with "no kicking," he gets the other half. Is this good parenting? I have no idea, but it works for me. I got the idea from Harvey Karp's book, "The Happiest Toddler on the Block." I'm cool with anything that makes my son sit quietly while I change his diaper, with no kicking or flinging of the diaper's contents. 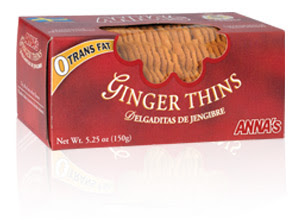