Henry and Nick joined the Cub Scouts last fall, and one of the things they've been looking forward to is the Pinewood Derby. 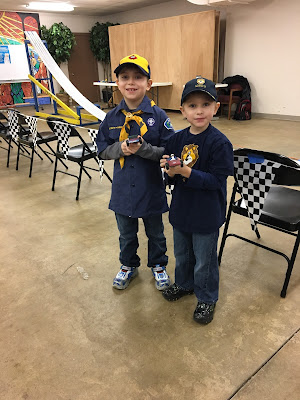 Making the cars wasn't easy (ask Greg), but I think they look great, especially for their first Pinewood Derby. Can you tell that Henry and Nick both painted their cars themselves? Henry really, really wanted a little Lego guy in his car, and he's even got a steering wheel. 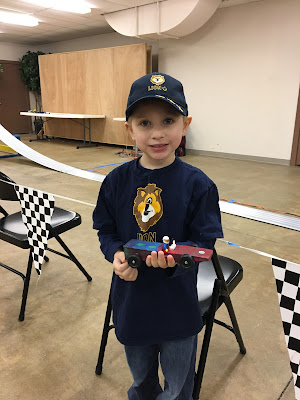 These are what the cars looked like before we added all the weights. 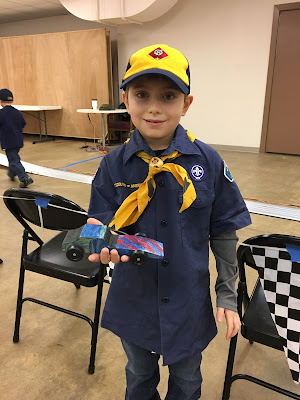 For Pinewood Derby, the kids get a kit that's basically four nails, four wheels, and a block of wood. They have to pick out a design and (with parental help) shape their car and sand and paint it.


The cars had to race down a really long track, two at a time. A computer recorded all the results and calculated winners for each age group and overall. 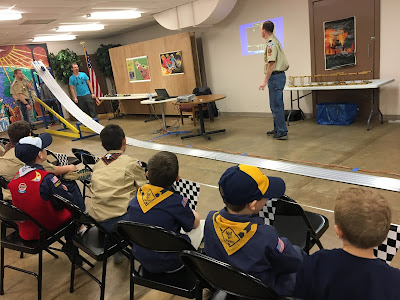 Here's the one race where Nick and Henry raced each other.

Due to the luck of small numbers, each boy ended up with a trophy. Henry is the only Lion Scout in the group, so he won the first prize trophy. Nick was one of two Wolf Scouts competing, and he won the second prize trophy. 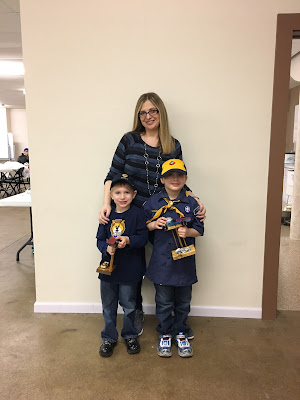 After we got home, Nick and Henry spent at least an hour reenacting the races with their cars across our hardwood floors. I think they'll be pretty motivated to work on their cars next year.  :)
Posted by Melissa E. at 8:59 PM No comments:

On Sunday Nick played the drums in a concert with his band. They've named themselves the "Smooth Criminals" for this concert--his second with Rock 101 at School of Rock in Plainfield. 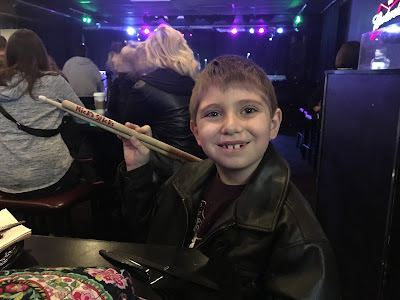 Nick got all dressed up in his "rock star" clothes. He had a shirt with a guitar on it and a leather jacket. Oh, and his "Nick's Sticks" personalized drumsticks, of course. Henry wore his leather jacket, too, though the only sticks he had were the pretzel sticks he was munching on. 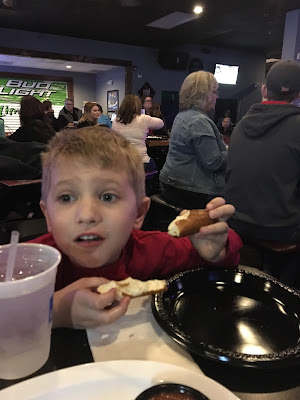 The crowd was as enthused as any group of parents cheering for their kids would be, and the kids have improved since their last concert, at least IMHO. 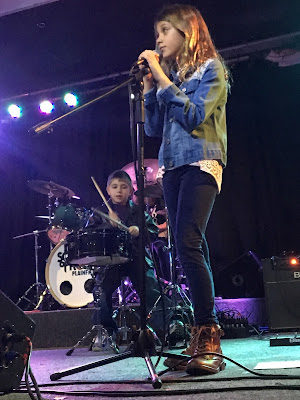 This is Nick on the mini-kit playing "Twist and Shout." I love that I can hear his drum in particular playing.  :)

Here he is on the big drums playing "Judy is a Punk," by the Ramones.


For "Bad Moon Rising," Nick got to play the tambourine. Yes, they are playing CCR.


Nick doesn't limit himself to drumsticks. . . Oh, no. He can rock bongo drums as well.

He has been practicing SO hard lately. Nick actually broke a drum head about a week ago. His drum instructor said he had the beats down for the concert songs, so he's been teaching him more and more stuff each week. I'm just happy that I can now recognize the beats coming from our basement. 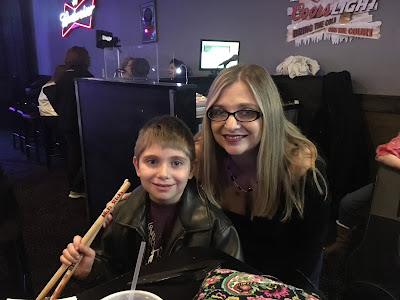 I can't wait to hear what they'll play next time! They even had a concert poster! 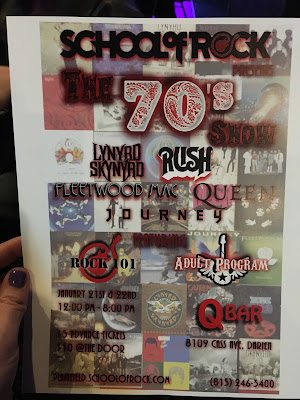 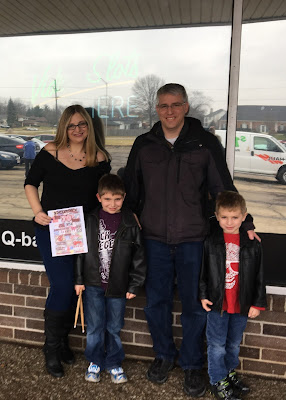 We kicked off 2017 with a visit to the Museum of Science and Industry. They still have their Christmas Trees up, and the decorations were remarkably festive for January. 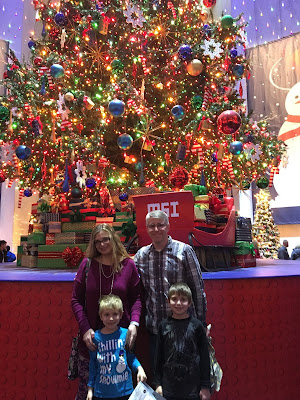 Henry was so excited to be at the MSI that he did a "map dance" when he got his map.

The boys got to roam in Maurice Sendak's forest. 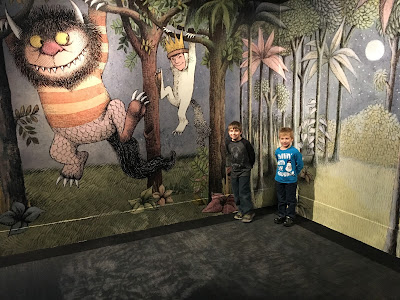 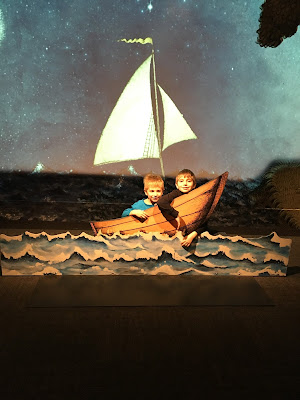 We made some time to visit the airplane. We've never taken the boys on an actual plane, so for them this is as good as it gets. 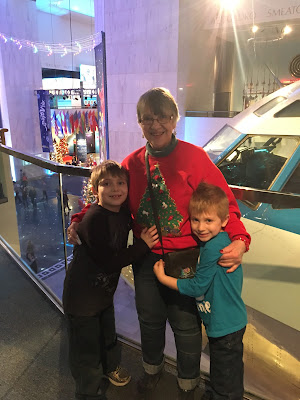 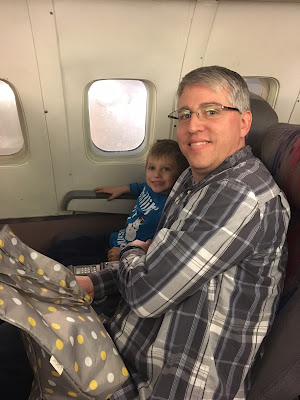 Henry and Nick both absolutely loved the Brick by Brick Lego Exhibit. 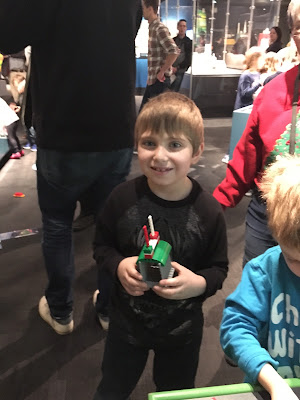 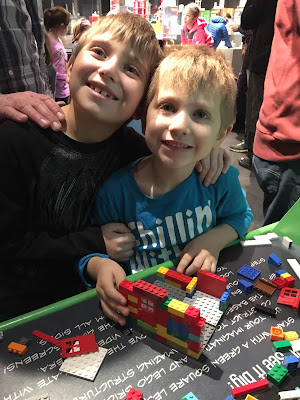 Seeing the Lego Creations was awesome, but building their own was way more fun. 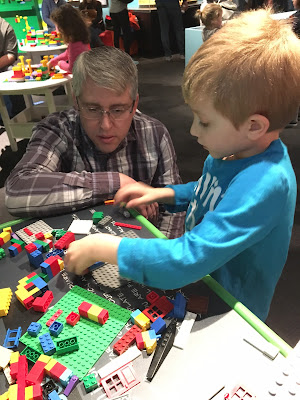 Henry wanted to try out the astronaut suit. Nick? He preferred to check out the gift shop. I can't blame him. It was a pretty cool gift shop. 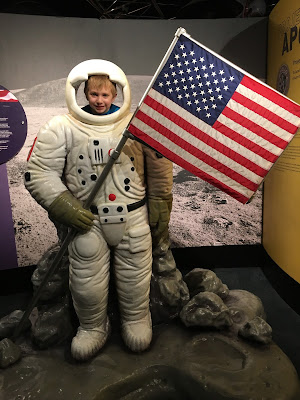 Henry loved the lights in this room. He kept turning the different colors on and off and then on again. 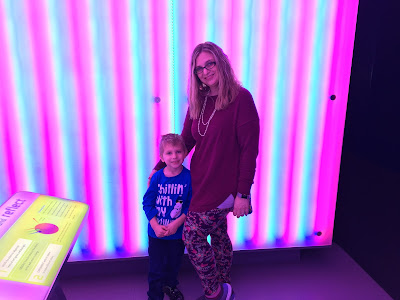 Not too shabby for the first day of the year. Many of us (except Greg, who was driving) fell asleep on the way home. 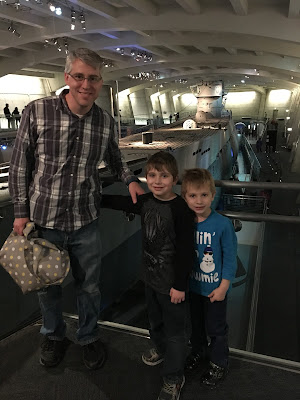 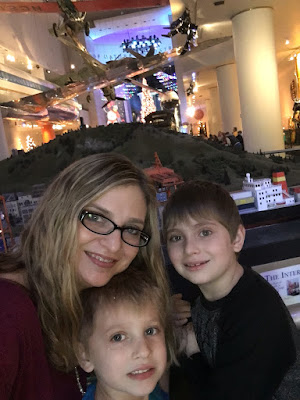