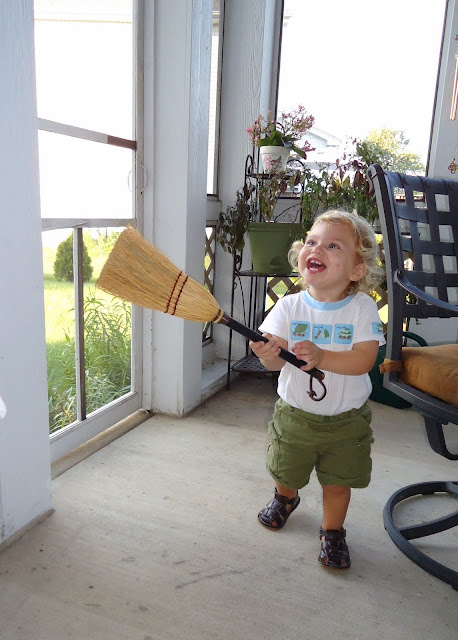 Nick loved helping his grandma sweep the porch on Wednesday. His broom skills aren't quite proficient yet, but he tries. A few months ago, we got Nick his own broom, since he was always trying to steal the big one.

Nick loves being a helper. Today he helped me wipe up spilled milk and put the blocks back into his toybox. Howeve, he then flung his fork at Greg's head during dinner. So I guess it all evens out in the end.

We're getting used to our new schedule. Nick goes to a home daycare three days per week, and his Grandma Toni comes to watch him the other two days. He's getting rather attached to his grandma. In fact, when I picked him up from daycare today, he kept asking for his Grandma "Toni? Toni?" 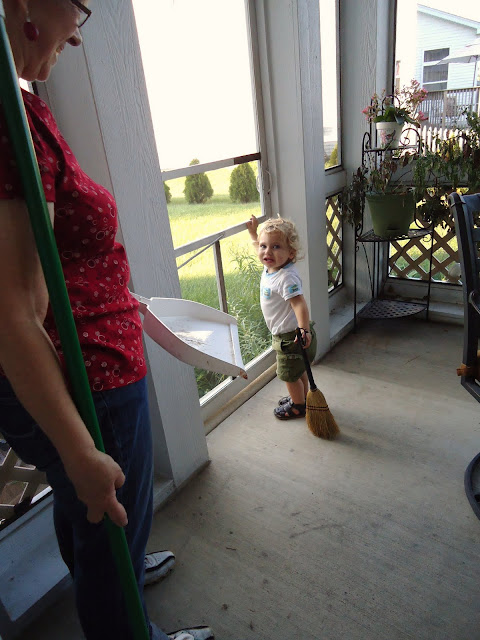 Having two adults around in the evening makes it a lot easier to take care of Nick. I've even been able to work out every day this week. On the days that Nick's grandma is here, she watches him while I do either an elliptical trainer workout or a pilates dvd for at least a half hour. I seem to do better when I can work out immediately after getting home. Then I have time to play with Nick.  :)
Posted by Melissa E. at 7:49 PM