Nick adapted pretty well to his new schedule. In fact, I think he is happier during the school year, because he has more to do. When I picked him up from his babysitter's house on both Wednesday and Thursday, he threw royal temper tantrums because he didn't want to leave. He was having too much fun with the other kids! It makes me feel good to know that Nick doesn't mind being away from me. I loved my summer break, but we'll be just fine now that school has started. Honestly, I think the time we have together in the evenings is more special when I've been working all day. 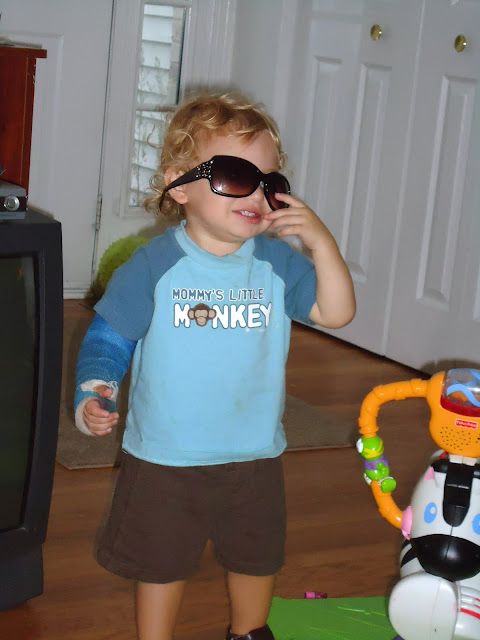 This year, our schedule will be a little different because Nick's Grandma Toni will be taking care of him two days of each week. When I told Nick she was coming, he ran to the window, shouting "Toni! Toni! Toni!" So I think he'll enjoy his time with his grandma. It's really nice that they'll get to be so close. Last week she took Nick on a nature walk and read him about a million stories. These pictures are all from this week. :) 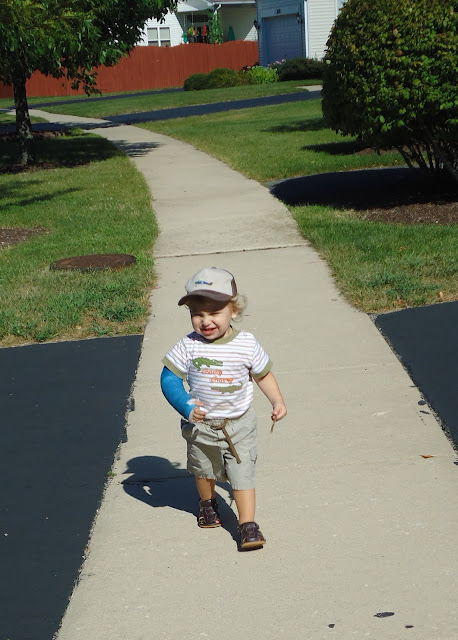 I guess I don't mind going back to school so much. In fact, I always get excited at the beginning of the year. I am one of the few lucky people in this world who really loves work, at least most of the time. In my opinion, I have the best job in the world, and I get a lot of satisfaction from working with my students. 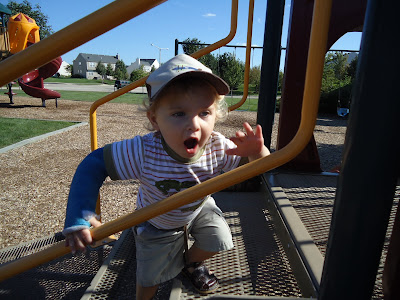 What I'm not enjoying is the heat. My school doesn't have air conditioning, and lately the heat has really been stifling. Hopefully the heat and humidity won't last too much longer, because we were pretty much melting all day yesterday. 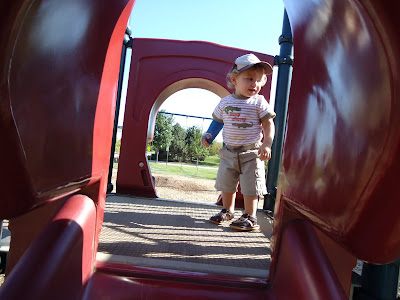 Today, we stayed inside until it was almost dark and then took a walk, in order to avoid the heat. It was nice walking around in the twilight, with Nick running ahead of us in his squeaky shoes. Lately he likes to say hello and goodbye to animals and things. For example, he'd say "Hello moon!" and then when we walked away, "Bye-Bye Moon." He did that for bunnies, cats, and even cars we saw as we walked down our street.
Posted by Melissa E. at 8:28 PM