Today I'm officially 32 weeks pregnant. Coincidentally, I did a pregnancy update when I was 32 weeks pregnant with Henry, back in 2011. I suppose I was about the same size, even though this baby girl is bigger than Henry was at the same age. 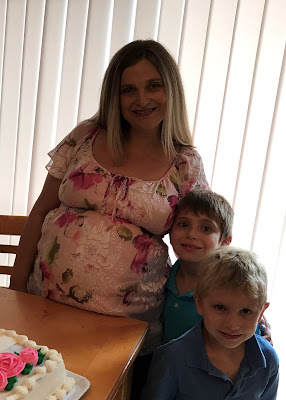 Weeks Pregnant: 32 weeks as of today. Depending on the website you visit, she's about the size of a pineapple, a Napa cabbage, or a jicama. Actually, I had a growth ultrasound yesterday, and she's at the 78th percentile, so she may be larger than your average pineapple. They estimate that she weighs 5 pounds, 1 ounce now. That's much bigger than either of my boys, so she's looking pretty healthy. The doctor said that if she continues to grow at this rate, by 40 weeks she'll be 9 pounds, 3 ounces. Good thing I'm having a planned c-section! 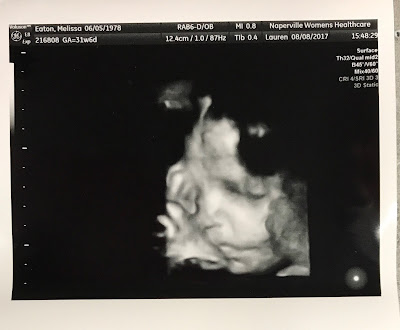 This is a 3D ultrasound of her face. They checked all of her organs today and everything looks normal. That's her little hand up by her face, just like the last ultrasound.

Movement: Actually, even though I have an anterior placenta, I can feel her move much more now. It's still not always easy to do kick counts, but at least she is making her presence known.  It seems she's on my right side and not directly behind the placenta. According to the ultrasound technician, her feet are kicking my lungs and ribs and her head is using my bladder as a pillow. No wonder I have to get up multiple times every night to go to the bathroom. 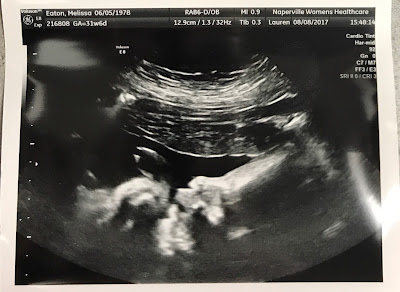 Nick likes to feel the baby move, and he periodically gets very, very exuberant when thinking about having a baby sister. He's very thrilled, and he loves babies. Nick wants to push the stroller. Based on his scooter skills, I'll have to train him very carefully before letting him do that! 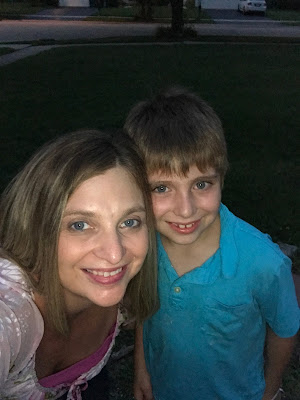 Henry is much less interested. He was also not at all thrilled when he came with me to the ultrasound yesterday. What was he thrilled about? I let him play Minecraft during the doctor's visit. I think Henry is going to have to adjust to being the middle child. He didn't think the ultrasound pics looked anything like a baby. 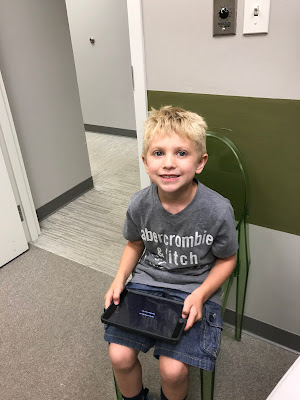 Exercise: Not so much. I was religiously making 10,000 steps daily until about a week or two ago. Between the foot pain, back pain, and the shortness of breath, hitting 10,000 steps has become less important than simply making it through the day. I've been averaging between 6,000 and 8,000 steps per day, and I'm going to have to be satisfied with that. The doctor said my fundal height is measuring at 37 weeks, which basically means my uterus is compressing my lungs. That brings me to. . .

Nesting: Oh, boy, the nesting has been quite intense this time around. Besides getting the boys' new room ready, I've been planning the upstairs. Greg is doing the actual work (painting and putting in engineered hardwood), but I've been researching things like area rugs, new curtains and lighting fixtures. Renovating our entire home during the 2nd half of pregnancy? Sure, we can handle that.

Cravings: I've been drinking a lot of milk, all Fairlife 2%. That's not really what I crave, though. Lately, I like Mexican food. Fajitas, tostadas, burritos, nachos. Yum. Just like when I was pregnant with Henry, I've had smell cravings, too. I actually enjoy doing laundry lately because of the smell of the Gain laundry beads (weird, I know). It's almost a workout now doing laundry, though, since my belly is so big I can barely reach the bottom of the washing machine.

Sleep: I was averaging two hours or so at a stretch (and maybe 5 hours total) until about a week ago, when my friend loaned me this amazing pregnancy body pillow. It's called a snoogle, and it is gaining me at least an hour of sleep per night. I still wouldn't say I'm sleeping great, but it's a little bit better. Of course, when I go back to work in twelve days (yikes!), I think I'll get much less sleep.

Medical: I'm anemic, but right now only enough for it to impact me. The doctors keep checking my blood to see if the levels go below a certain point. If so, it'll be IV iron for me. It's obvious, by the size of the baby, that my anemia isn't impacting her. It sure makes me bruise easily, though! My blood sugar readings have been more normal, so long as I stay in air-conditioning. I have had some asthma issues as well, though it's hard to tell if I'm out of breath because someone's feet are in my lungs or if it's because of the asthma. That will only get worse, I think, once I go back to work in my non-air-conditioned classroom. Oh, and my plantar fasciitis has been acting up, in addition to the typical leg and foot swelling of pregnancy. Okay, enough whining. This baby is healthy, and I can make it another seven weeks!

Mood: I've still been pretty anxious, but once I was able to get more than five hours sleep per night, the anxiety eased up a bit. I can be a little, ahem, irritable, but I think that's likely normal at this stage in pregnancy.
I made it until 30 weeks without buying a single thing for this baby. After years of fertility treatments, I was afraid to tempt fate by purchasing lots of little girl things. It was an anxiety thing. However, I finally gave in and starting getting things for this little girl last week. I started with a few outfits from a garage sale, and then I started to realize all the things we would need. I've been pricing car seats, bassinets, and strollers, waiting for the prices to be just right. We now have a pack and play with a bassinet coming in the mail. Hopefully it'll be set up in our newly renovated bedroom well before this baby makes her appearance.

Some of my amazing friends from work threw me a "Sprinkle" to celebrate finally having a baby girl. It was sweet and wonderful and it made me start to get really excited about the birth. Opening some of the adorable outfits, I started to get really excited, and this time, I let myself dwell in the excitement. The purple and pink balloons, the cake with "Welcome Princess" written on it. . . . this is really happening! 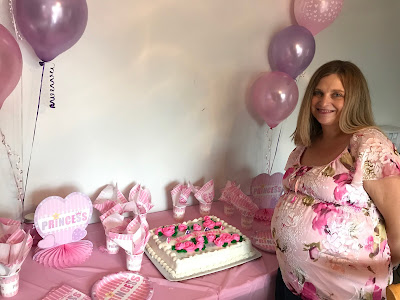