Water? Did Somebody Say Water?

"Water?!" We hear Nick saying that word every single time he sees water in any of its many forms. This might mean a lake, a puddle, or a glass of water, but he also says it when he sees rain, or a drinking fountain, or when it's bathtime. Here he is with a bottle of water, down by the Riverwalk in Naperville. 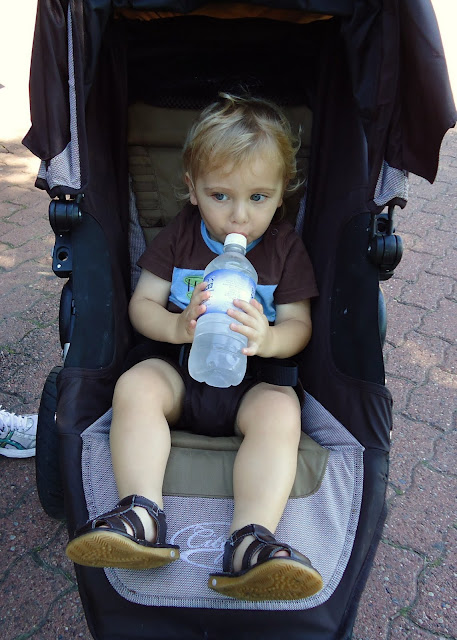 Nick understands the nuances and forms of good old H20, but we haven't taken him swimming much this year. Frankly, I feel a little nervous taking him to a pool by myself, because of all the toddler paraphernalia I'd have to carry. It's a challenge just finding a way to use the ladies room when I have him with me--I'm not quite ready to handle changing rooms and swimsuits by myself.

Anyway, Greg and I decided it would be fun to take him to Centennial Beach in Naperville to go swimming and play in the sand. We walked on the riverwalk first, and past the Carillon Tower, and over the bridge. Nick pointed out every body of "Water!" along the way. 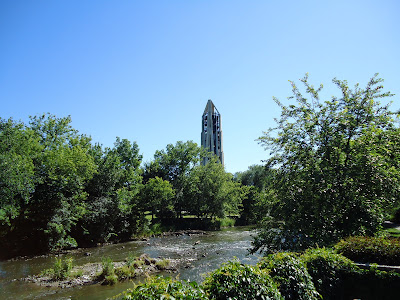 I'd normally be okay with walking around, but Nick saw the pool first, and Greg had told him that we were going in the water. Nick doesn't understand the concept of "later." He kept pointing and saying, "Water!" Plus, it was at least 90 degrees outside, and that water looked so inviting. Can you tell I was mildly irritated with Greg, here? Nick was staring longingly at the water and periodically announcing, "Water?!" as if we'd forgotten or didn't notice the giant pool. Poor Nick always thinks we're faking him out if we say something like "Outside," or "Swimming in the water," and then we don't take him right away. 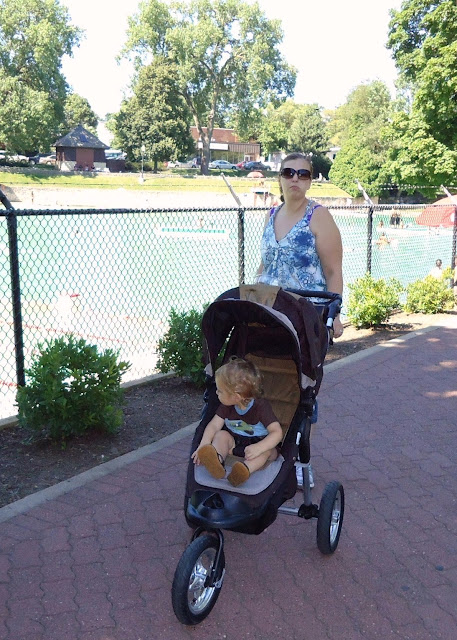 We did get to the pool eventually, though, and boy, was Nick excited. 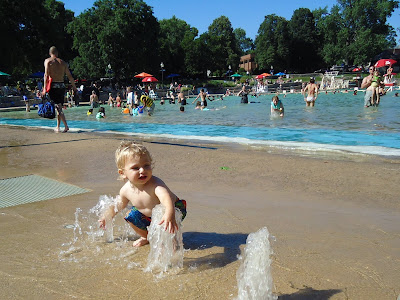 Centennial Beach is quite different from most public pools. For one thing, its much, much bigger, because this pool used to be a quarry. There's a large deep water section, and a zero depth section, as well as a nice big beach with toys for digging and building. It's a good thing this pool is so huge, because there are always a ton of people there. The other nice thing about taking Nick swimming is that I get to see my sexy husband in a swimsuit, farmer's tan and all. And now. . . so does everyone else.  ; ) 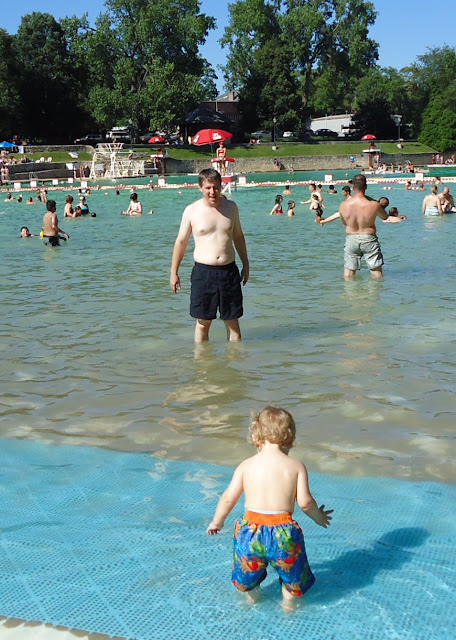 Very nice. Anyway, Nick liked the water, especially the water that squirted out of the ground. He was slightly more hesitant about the giant pool of water, but he headed in because his daddy was calling him over. 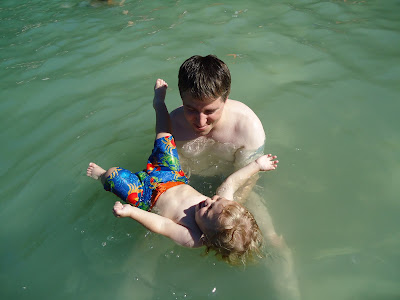 He was a little nervous in the water, but he got more comfortable with time. It got to the point where he would walk in the water a little bit, but if it was even a little deep, he got very clingy. 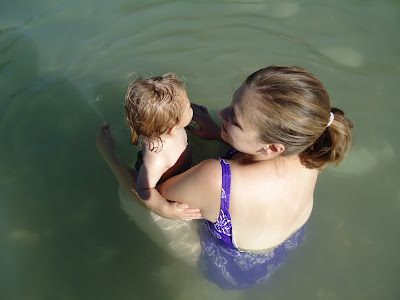 I think he's getting more comfortable in the water, though. Can you see him kicking his little legs and moving his arms around? That's the first step to swimming.

When Nick got cold in the water, there was plenty of sand to play with. He especially liked throwing the sand and messing with the sand tools. 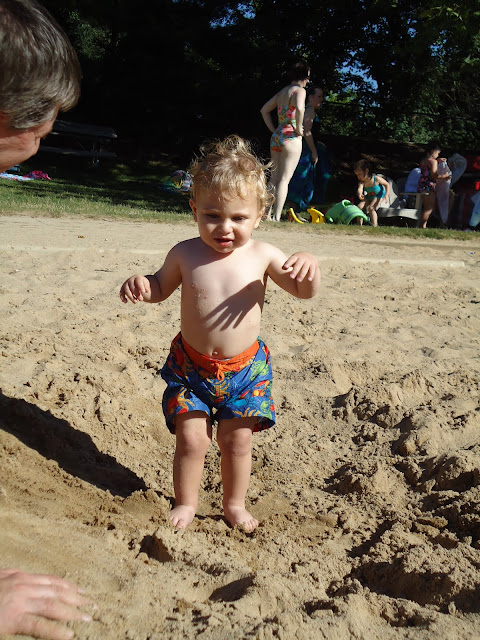 Check out this video of Nick walking around in the sand and procuring a sand tool for himself. The bells you can hear in the background are from the Carillon. Nick was incredibly tired out after this long day at the beach. But he'd had his fill of water, at least for one day.