Last Friday I took Nick garage sale-ing. I could tell that he was bored with his same old toys, but I certainly wasn't going to up and buy him new ones. So I set myself a budget ($30 in cash) and off we went. Yes, I am cheap. But I also like my son to have lots of toys. Yes, you can have it both ways. I also feel kind of good about reusing things that other kids have outgrown. I wash/sanitize everything that I buy secondhand, and Nick doesn't know that his toys are mostly used. Does it look like he cares? 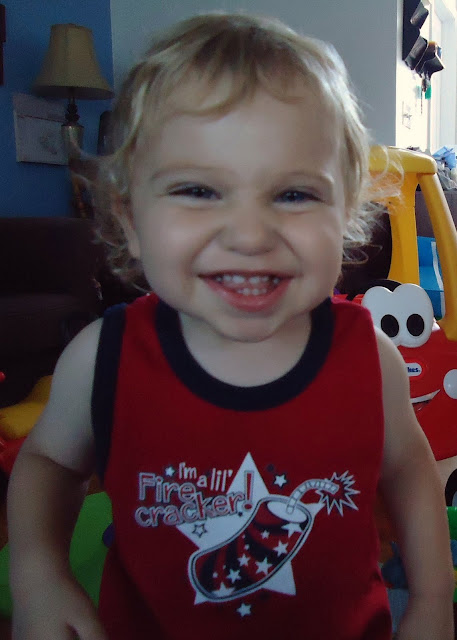 I am always surprised at how many cool toys I can find at garage sales. I guess it makes sense, because kids outgrow stuff long before it gets ruined. I always start out by looking on www.napervilleyardsales.com to see what places near me are having garage sales and what they're selling. I almost never go with any particular items in mind; instead, I just browse and see what I can get. 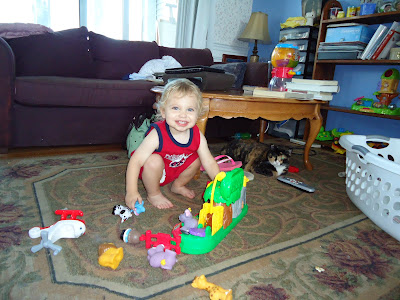 Above you can see Nick in an adorable outfit ($1) I found that says "I'm a 'lil firecracker." He's playing with his toy zoo, which makes animal noises and came with a ton of little people. After I gave his new toys a bath, Nick gravitated immediately towards the zoo. He really likes the bird. When you sit her in her spot, she sings a song and Nick dances along. He likes to try to name the animals, although he's lately been calling most four legged creatures that aren't dogs or cats a cow. He says, "Moo." 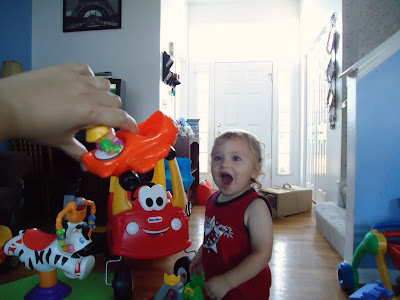 Lately, Nick likes to point up every time he sees a plane. "Pane!," he declares dramatically. I always look up and confirm that yes, indeed that is a plane. So I thought Nick might like his own airport to play with. I love the look on his face when he realized that I had bought him his own toy plane. The airport also comes with a building and a road that, ironically, goes in a big circle. It has a helicopter and a taxi, too. I think little boys are born knowing how to make car and plane noises. Mine sure doesn't need any help with that. 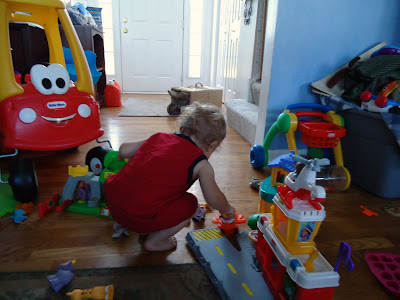 I did find a stack of books at one garage sale, and I got Nick a few, including this bunny book that he really likes. I also found several paperbacks for me, a nonfiction science book by Brian Greene, and a second copy of "The Happiest Toddler on the Block," by Harvey Karp. We're always losing our main copy. 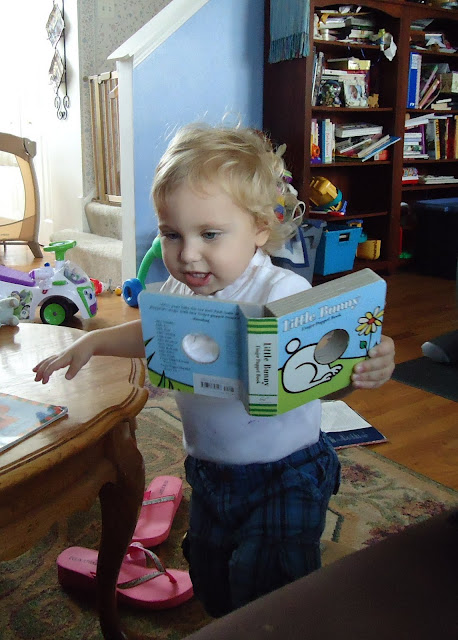 Nick has Mega Bloks at his Grandma Linda and Grandpa Ray's house, and he loves them. I've been wanting to find him some for home, and I did. This huge box of blocks was only $4. Nick immediately wanted me to help him build with them. He got mad every time I tried to move away, so we ended up building together for a good hour. Not bad for a $4 investment. 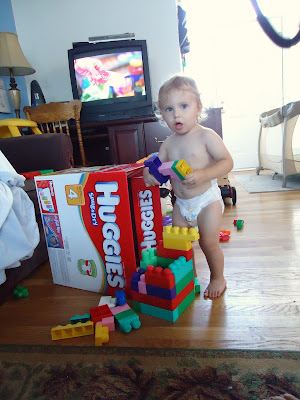 So, in case you've never thought of garage sale-ing before, let me recap what I got for roughly $30:
In conclusion, the shopper in me cannot resist the allure of a garage sale. Nick appreciates my efforts. 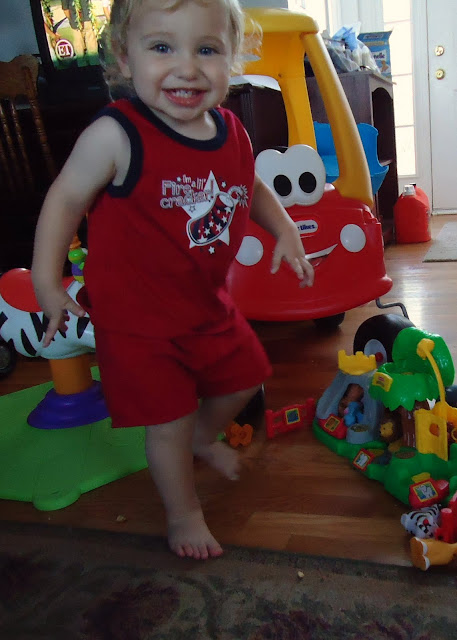