For my dad's birthday, I took Nick up to Rosemont to visit the Splashpad. We tried to go last year, but it was far too cold the day we went. This year it was, if anything, too hot, but hey, that's what the water is for. Can you tell that he was having a ball? Nick just kept running through the water, again and again.  All of us got really wet, and my sister, who just wore her regular clothes, got her phone wet and it wouldn't work for awhile. Nick has been playing with hoses and in the shower a lot lately, so he's not afraid of water squirting him. Can you tell that he was loving the spray?
The fountains at the Splashpad are on a timer, so not all of them go off at one time. Instead, they start and stop, seemingly randomly. In the video above, Nick was busy trying to figure out where the water went. He kept saying, "Uh-oh."
After a few hours of running around in the water, Nick took a little rest and cuddled with his Auntie Mandy. 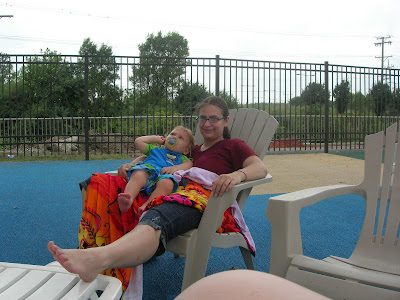 Then we ate pizza. Nick loves his pizza with veggies. He ate three slices! 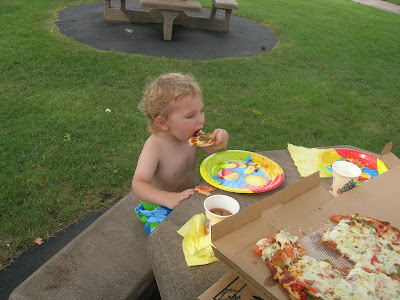 There was cake for my dad's birthday--chocolate cake. Nick did NOT want to wait for us to
sing. He wanted cake NOW! 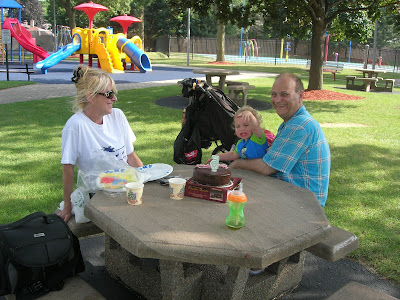 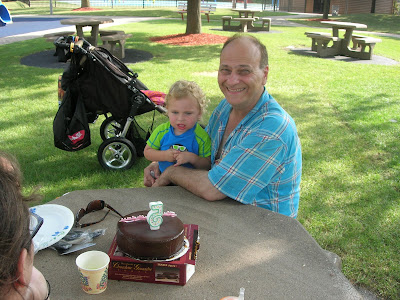