***Happy Fourth of July, everyone! Greg and I will be taking Nick to the Eyes to the Skies Festival in Lisle to see balloons and fireworks (unless there's rain, of course). I'm curious to see how he'll react to the fireworks and the giant hot air balloons. I'll post pictures next week. Until then, here's more about our trip downtown.  : )  ***

Have you ever been to a store where you wanted to purchase nearly every item with undue haste? Well, I have. I went to the MCA store and I was flabbergasted at the plethora of cool stuff. My mean husband, however, made me leave after only about 20 minutes, so I didn't get to buy anything. I did, however, take lots of pictures. Note first the tennis balls that will hold your business cards and such: 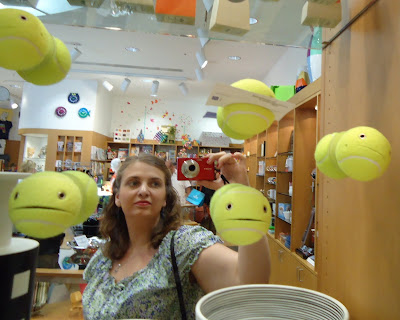 I was especially impressed with the selection of creative children's toys. I would've bought these blocks for Nick, if they weren't only for children over three. Or if I'd have had more time to talk myself into them. The same goes for these blocks, which I think Nick would love playing with. Heck, I'd love playing with them! 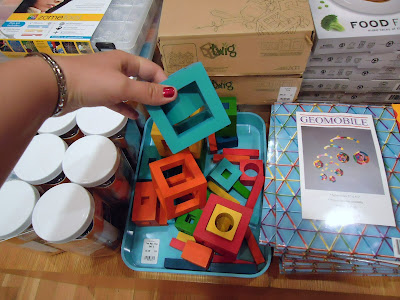 The Geomobile next to the blocks looks pretty amazing, too, though Nick is probably a little young for them. I also loved the puzzle tray and the face plate, for obvious reasons. 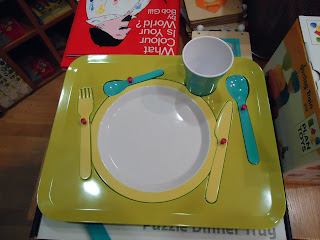 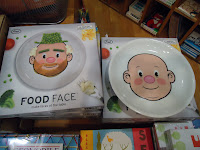 I almost bought these "Strawz," because they are so creative. You use them to join together straws to make your own extra cool straws. Wouldn't you have just loved those at around the age of 8? 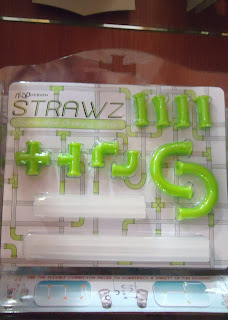 For myself, I want these kitchen tools because they are sleek and they won't touch the countertops. Plus, this oven mitt would go great in my kitchen and double as a puppet for Nick. This teapot, called "Tea for Two," would be perfect for me because I'm addicted to drinking tea. I'd also like these glasses (see below) because, well, who doesn't like rainbows? I swear, Greg had to practically drag me out of this store. 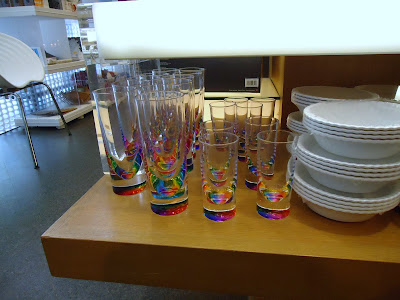 I was absolutely enchanted by all of the intriguing things in this store, and for me, it was the highlight of our museum visit. When Nick is a little bigger, I want to bring him in to see all of the toys--I wonder which ones he'd like best? Knowing him, probably the ones with pieces he can throw. 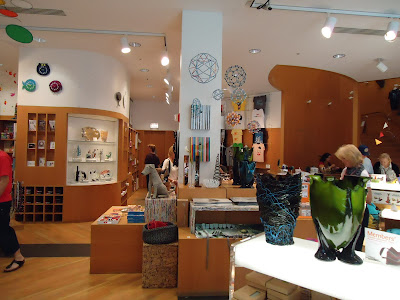