The Tallest Tower EVER! 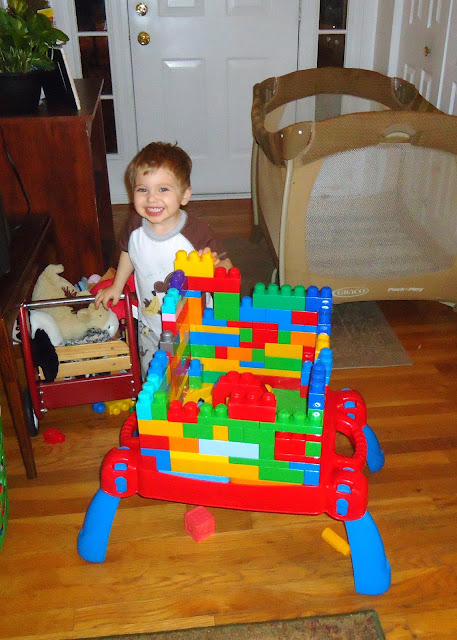 Lately Nick and I build a tower nearly every evening. A few nights ago, we built one that was especially tall. I think my son has a future career in middle management, because he sure likes to order us around. He was all, "Put the blue one there!" and "No, not that one. The red one!" Nick added quite a few pieces himself, but he was particular about what went where. This particular tower took at least a half hour to build, because my perfectionist son kept unbuilding it and then building again.

This tower was so big that Nick put his stuffed mouse in it. "Mouse goes in there!" he said. "Mouse house." 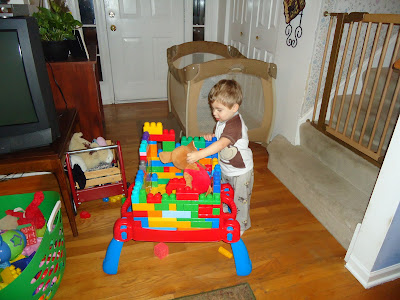 I like nights like this, where we can just sit around in our pajamas and play for a good hour. It's these simple moments that I hope to remember with this blog. Nick is growing so fast, and he's very different now even than he was just a few months ago.

Here is Nick's version of "ta-dah!"  Molly the cat was duly impressed with our hard work. 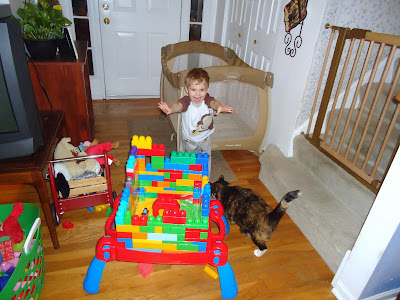