"I See Fishies!" Or, A Visit to the Shedd Aquarium

To celebrate the first day of 2011, Greg and I decided to take Nick to the Shedd Aquarium. Nick has never been before, mostly because every time we go downtown the line looks really long (out the door!), and we've never been brave enough to wait. I love going downtown, but the cost is often frustrating, so we don't go all that often. For this trip, parking cost $19. 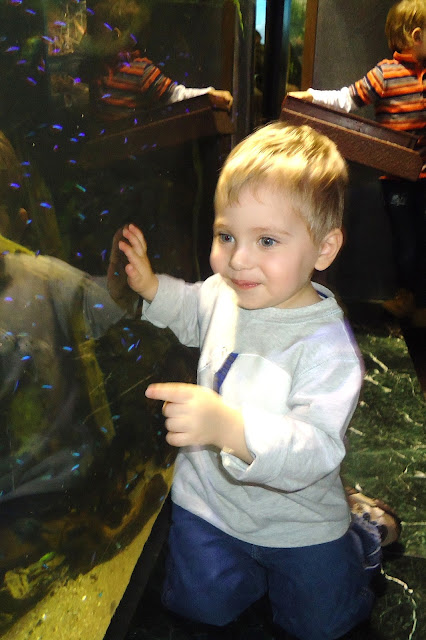 Our hope was that since it was New Year's Day, everyone would be at home sleeping it off, and the lines would be more manageable. We still had to wait about 40 minutes, but at least our waiting was inside. Nick kept saying, "Fishies?" When we finally got to the counter, we were astonished at the prices. Now, the good news is that I got in for free, because I'm a public school teacher. Nick was also free because he's under 3. But Greg, alone, cost $37 with tax for admission plus the show. What will we do when we have two children over three? Urgh. 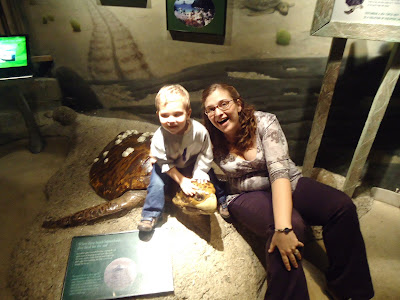 The aquarium itself was pretty cool, and Nick loved interacting with other children any chance he got. I have to work with him on his waving, though. If he says "Hi!" to another child, and they don't respond, he keeps repeating it and waving his hand in their face until they react. Oh, well. At least he likes to play with other kids. 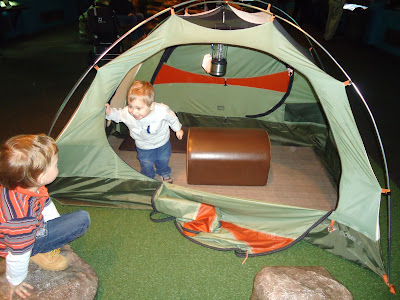 I think Nick's very favorite thing at Shedd was the wave tank, which was pretty awesome. He kept asking for it to go "Again!" It was the only time he sat for more than thirty seconds the whole day.  :)

Despite the expense, I will say that the upstairs eatery at the aquarium (Soundings Cafe) is ten times nicer than most museum cafes. The food was well-made and they bring it to your table. They advertise organic, locally grown ingredients, and if that is true then I guess the price was worth it. The tables had a great view of the lake, too. Nick loved his pickle the best. 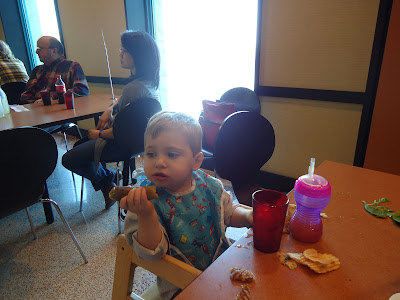 The show was really neat, as well, but this is when Nick started misbehaving. It was a Christmas themed show, and I think this was the last weekend it was running. There were lots of other kids his age there, and all of them sat quietly in their parents' laps. Not my boy. He kept moving around and climbing down to sit with another family that had a very cute little girl. Nick can be a big flirt. He loved the show, though, especially when Santa came flying out in a little boat that landed on the water. When Santa went away, Nick yelled, "Santa! Where Santa? Want Santa!" 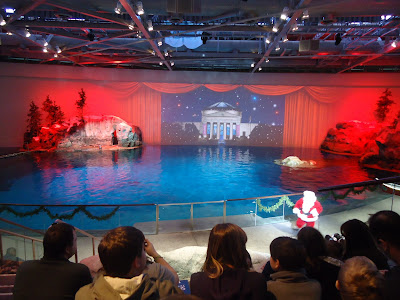 After the show, there was a big hubub about Nick not wanting to stay in the stroller or  hold someone's hand. Our kid is very high-energy, and both of us worry sometimes about him not listening. 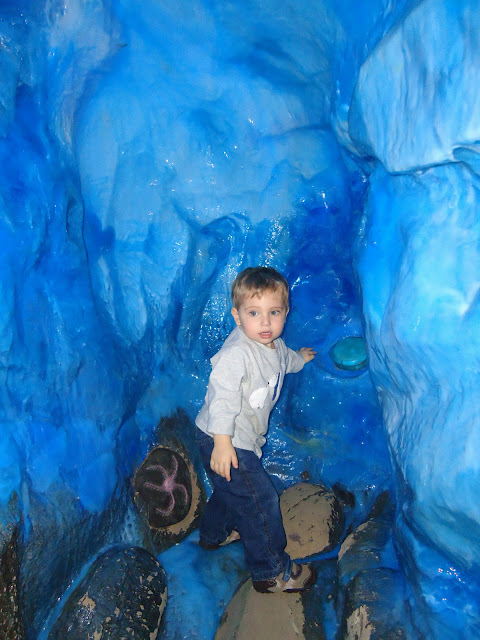 I know that it is normal for a two-year-old to be defiant, but it was frustrating seeing all of the other kids his age walking contentedly with their parents while our child kept trying to run away. It's all about being more stubborn than your kid, though, and eventually Greg and I convinced him that he'd have to pick: hold hand or stroller. He did better after that little power struggle. Especially when we found the Polar Play area where little kids can climb and play, pretending to be penguins. 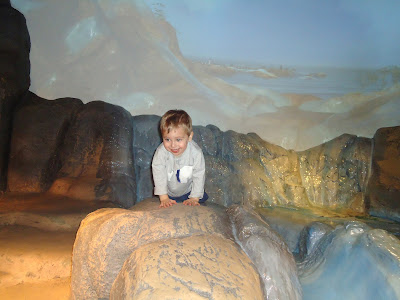 We ended up staying at the aquarium the whole day and not leaving until after 5 p.m. (We wanted to get our money's worth, you see.) Despite Nick's misbehavior, it was a very fun day, and Nick thoroughly enjoyed himself. When we went out this morning, he asked me, "We go see fishies?" 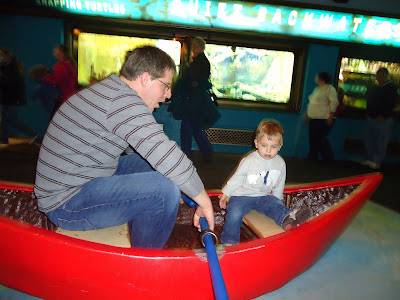 I had to tell him, "Not for awhile, baby." Especially considering the price of admission.  But I'm glad we went, even though my feet were killing me the next two days. Many of my pictures turned out kind of blurry because of: (1.) the constantly moving two-year-old, and (2.) the poor lighting. But Greg got some pretty good video of Nick talking about the fishies.

If you've got plenty of dough, I'd highly recommend the Shedd Aquarium if you've got little kids.
Posted by Melissa E. at 6:41 PM