A Pregnant Woman Walks into a Chocolate Festival. . .

. . . and spends way too much money on delicious chocolate treats. I believe I bought three cupcakes, a giant dark chocolate covered strawberry, a bunch of chocolate covered pretzels, and a turtle. Now, some of this was for my sister-in-law's birthday, but let's just say that I indulged my cravings as well. In the picture below, he was pointing to the giant candies hanging from the ceiling. The whole school was decorated for the occasion. 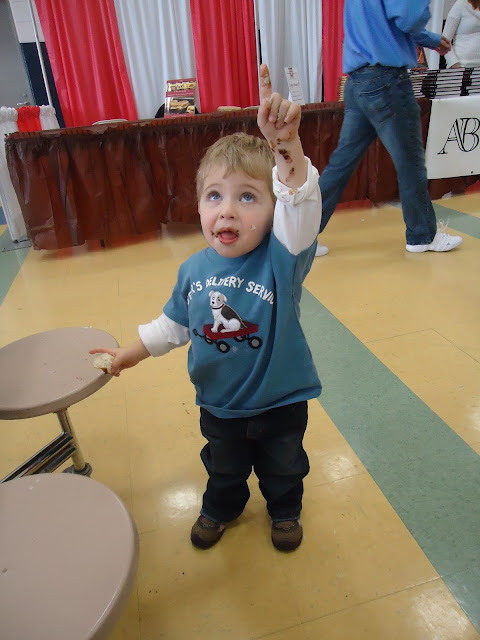 Nick got to try chocolate milk for the first time, because they were handing out free samples. He liked it. (Are you surprised? I wasn't.) 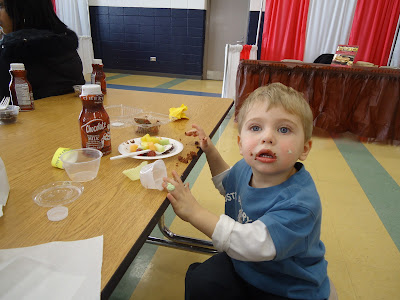 Note the glazed look on his face. That's probably due to all of the nice samples he got to eat. My favorite sample was a piece of dark chocolate that just melted in my mouth. It was really, really expensive, or I would have bought some. Yum. Greg and I decided that we need to take Nick to more events like this one. It truly made his weekend. (I'm not going to lie. The chocolate samples kinda made my weekend, too.)
The DuPage Children's Museum was there and they had giant tinker toys for kids to play with. Nick liked building with them for a little while, then he saw the bouncy house, and off he ran. 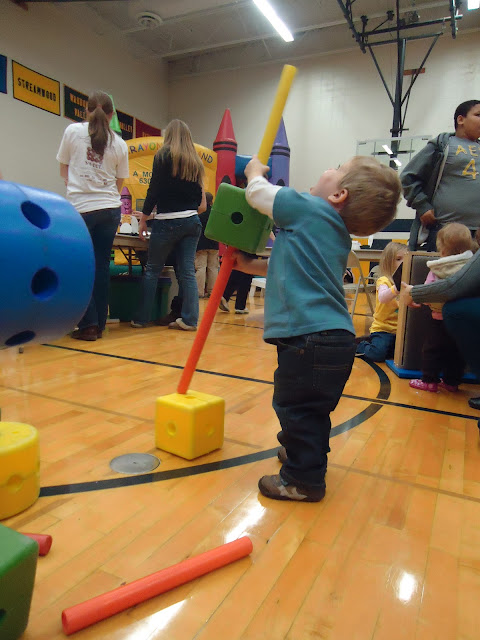 I'm pretty sure we'll be taking Nick to this festival ﻿again next year. 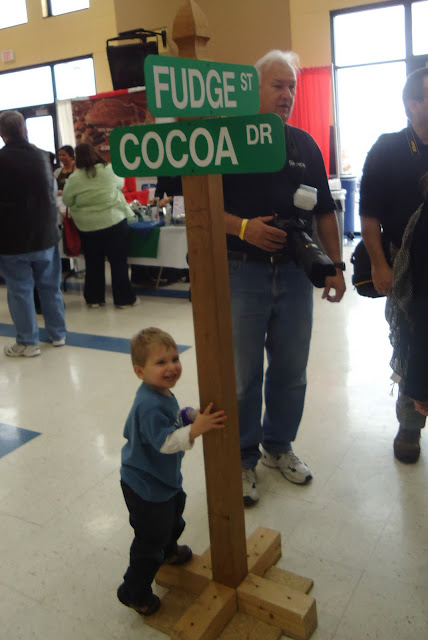