Alright, I know. . . that sounded like a rather dramatic title. But things were looking pretty dramatic last night. Check out the view from my front door. I think this was around 10 p.m. on Tuesday. 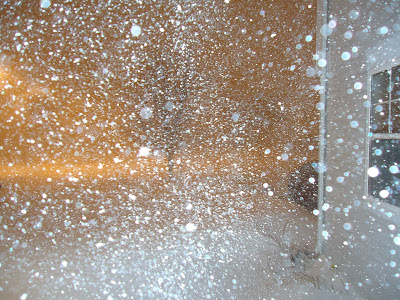 I had a truly crazy afternoon at work, and then a 2 1/2 hour drive home. I was careful and took the long way home, avoiding the back country roads. It was pretty boring, considering that I didn't go much faster than 10 mph the whole trip. I felt somewhat better, though, knowing that I would have Wednesday off from school. I love snow days. While the blizzard was pretty crazy yesterday, (see picture below) things were looking much better by late this morning. We decided to go outside, but just look at what we found when we opened the door. 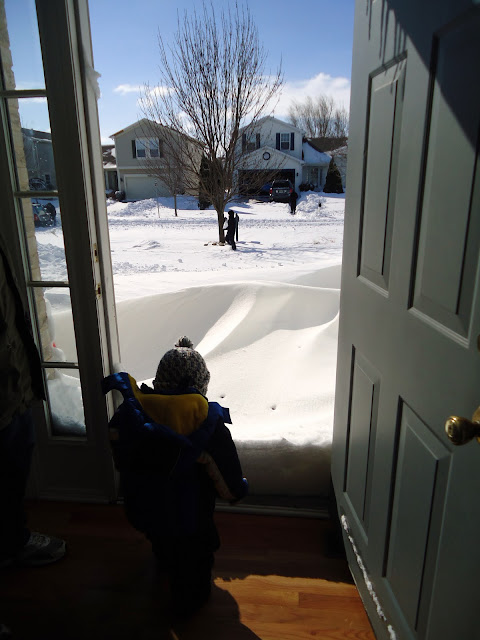 Nick was eager to go outside and play in the snow, but it was very cold once we got out there. Our side and backyard were pretty cleared of snow, because the blizzard had blown it all towards the neighbor's house. The deepest snow was up by the garage and the front door. Grandma Toni's car was nearly covered! 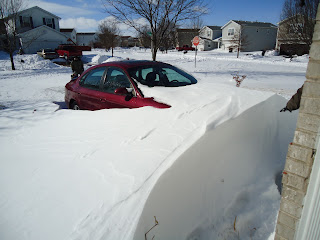 Here's Nick and Greg showing off their winter gear. 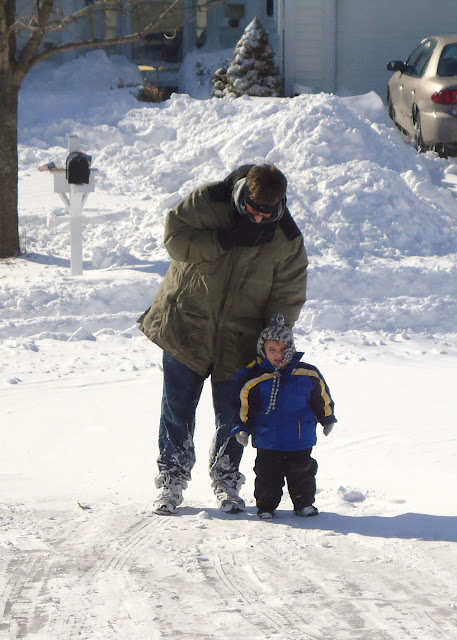 Our next door neighbors loaned us a sled for Nick to try, and Greg took him for a few trips up the street and back. 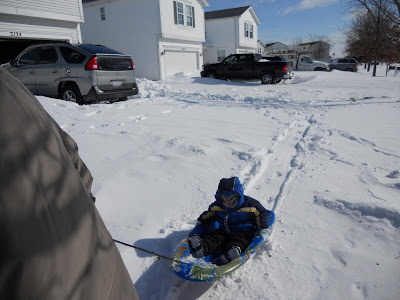 Nick was a little crabby and complained about being cold. I asked him if he wanted to go inside and he said, "No!" So we played for just a little longer. 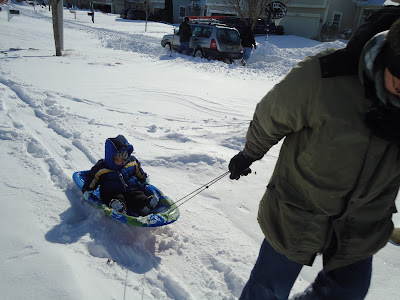 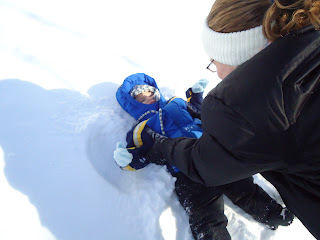 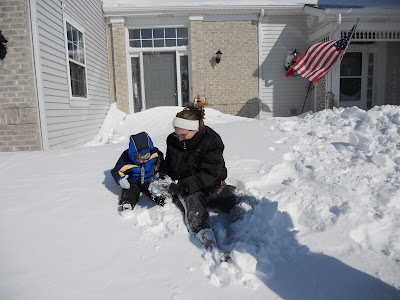 Right about this time Nick told me he was cold again. I asked if he wanted to go inside, and he said, "Yes, Mommy." So inside we went to shed our many layers of clothing. Here's what our entryway looked like. 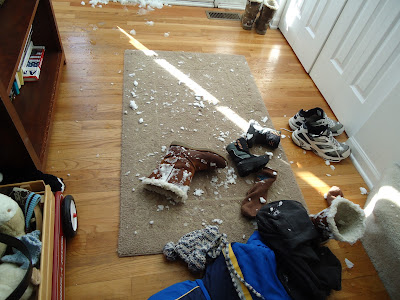 We were only out for about 25 minutes or so, but Nick was shivering when we came in. His nose was running pretty bad, too. I took his shirt off, and the poor boy was burning up. Poor kid had a temperature of 102.7! We're still not sure what he has, but he's obviously not feeling well. 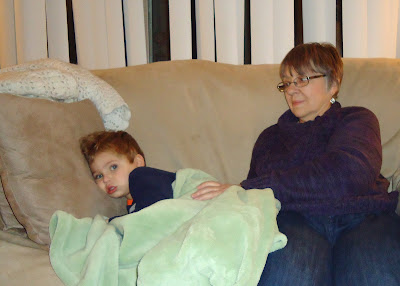 His nose is running, his eyes are watering, and he's kind of achy. There are no other symptoms that we've seen. We've been giving him tylenol and lots of snuggles and just hoping he gets better. Good thing I have another snow day tomorrow. I wouldn't want to leave him when he's running fevers like this. Plus, they haven't plowed us out of our subdivision yet, so we're stuck at home anyway.
Posted by Melissa E. at 7:52 PM