A Visit from Auntie Mandy

I got a call from my sister last week, saying that she hadn't seen Nick since Christmas, and that this travesty must be corrected, and soon. So we invited her over for dinner Saturday. Nick was over the moon. Finally, there was someone new to play blocks with. . . someone worthy. 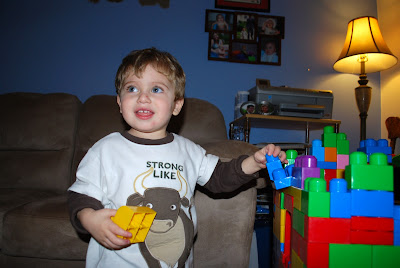 Indeed, my sister is the master of playing blocks. 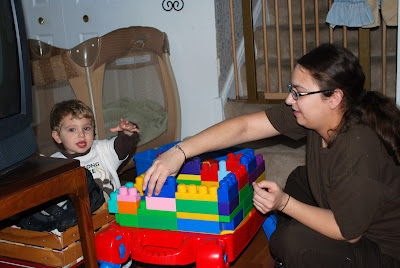 Aunt Mandy kept Nick focused until they had used every single block in the whole house. The final product was taller than Nick! Check out their creation. 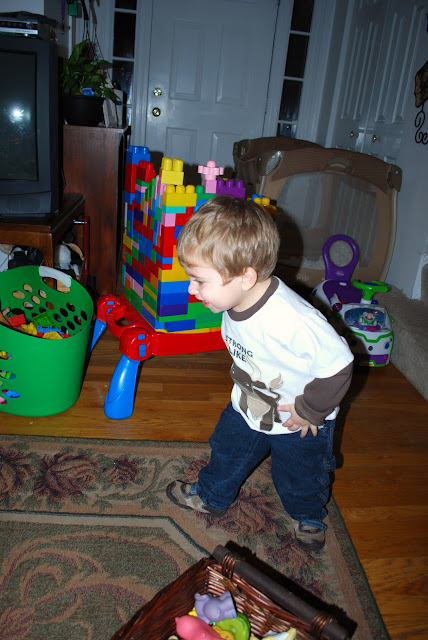 They also played with Nick's Little People animal collection, and Aunt Mandy was surprised that Nick knew the names of practically every animal--even the rhino and the penguin. That's because when Nick and I build houses with his Mega Blox, he chooses a different animal to make a house for every time. So he's had lots of practice. 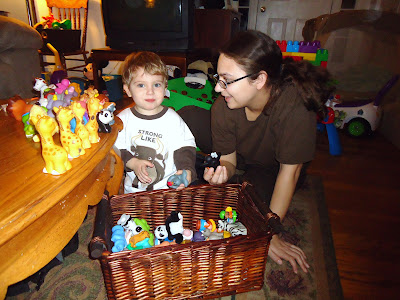 There was also lots of coloring. . . 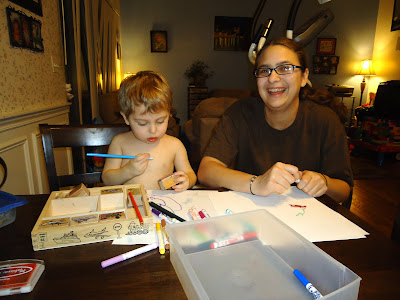 and the reading of stories. ﻿ 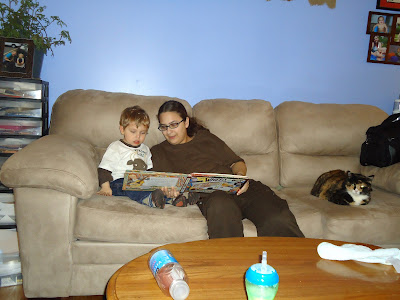 I think Nick had a great time. Such a great time, in fact, that he's been asking for his Auntie Mandy ever since she left. 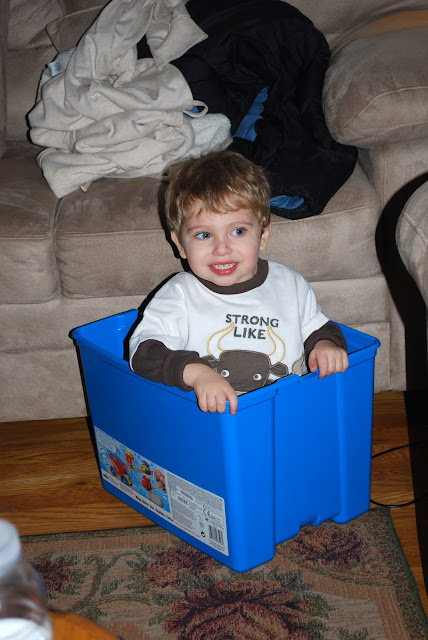