Apples Go in Your Belly!

This morning, Nick insisted that he wanted an apple. He was indecisive about which kind of apple he wanted. "Want red apple!," he said. Then, when I showed him the red apple, he changed his mind. "No! Want GREEN apple please!" I handed it to him, but this apple was pretty hard to bite. "Cut it! Mommy cut it?" he asked. So, of course, I sliced the apple into pieces. Then he wanted to put the apple into this empty box that once held granola bars. I'm not sure why. "Apples go in box," he told me definitively. 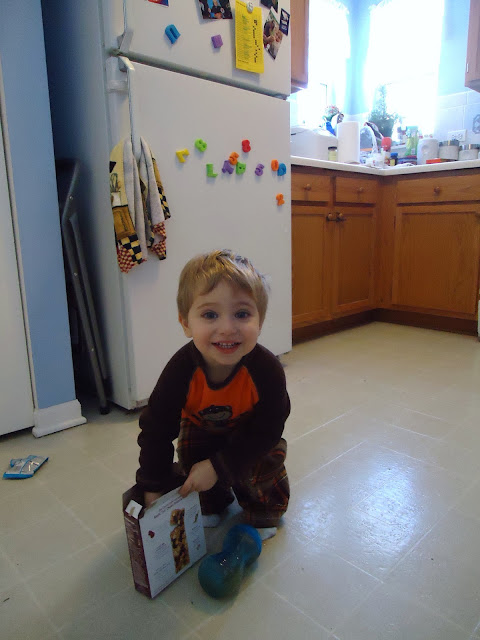 "No, Nick." I replied. "Apples go in your belly." That's where the fun started. Check out what Nick did next: 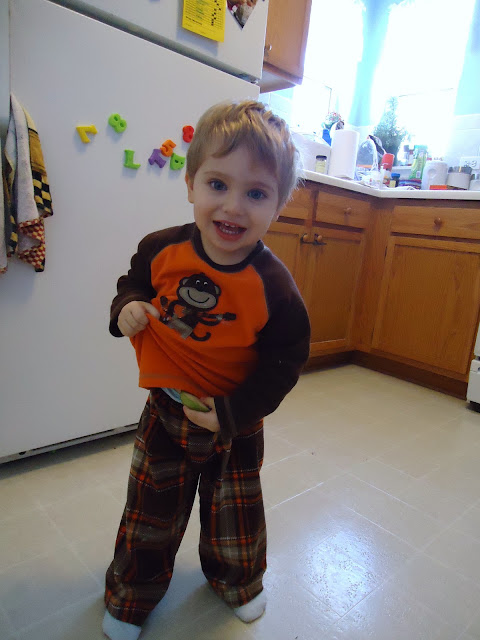 Yup. This kid is very literal. I, of all people, should know this, seeing as I work with kids learning language for a living. My students especially struggle with figurative language and the many English sayings we have in this country. Of course my two-year-old wouldn't get it. His reaction made me laugh out loud, which made Nick think he'd done something spectacular.  I had to explain that when you eat, the food goes in your mouth and then down to your tummy. He was still a little confounded. Nick even tried to put the apple in my (larger than normal) belly by lifting up my shirt. Nope, I don't have a picture of that.  Ah, well. He'll get the concept soon enough. 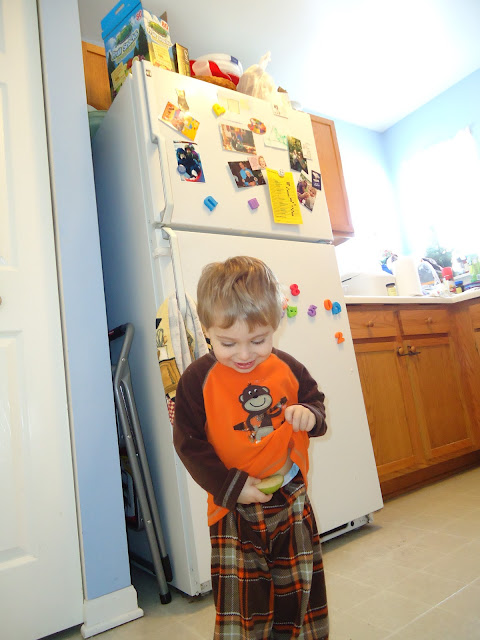 Nick did eventually eat most of the apple, though it had some fleece fuzzies on it by that point.
Posted by Melissa E. at 10:48 AM