Fun, Exploration, and Snot: A Trip to the DuPage Children's Museum 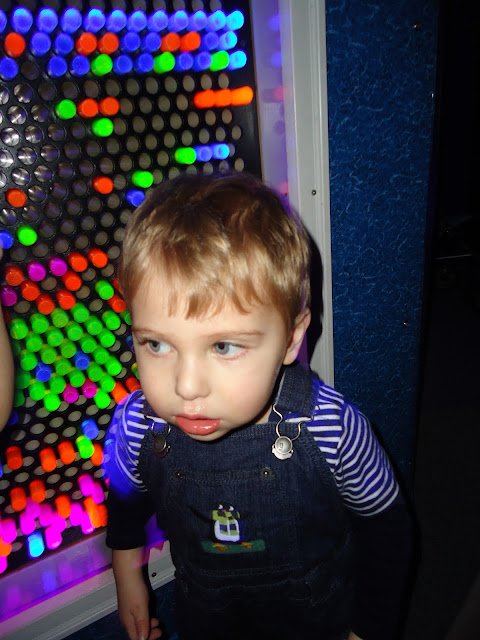 I read this post today, entitled "Oh the Snot You Will See!" from a great blog that I love reading. I was sitting on the couch with a very sick, crabby little boy at the time. I laughed so hard at the poem that I nearly. . . well, let's just say that pregnant ladies have to cross their legs while laughing. This poem is so very true. But it also made me realize how Nick probably got sick.

The doctor said it's some sort of virus that causes high fevers and, well, lots of snot. He's had fevers as high as 104.6, and as his fevers spike, so does his temper. I have spent the last three days sitting around the house trying to placate him. My normally cheerful child has been. . . well, he's been kind of a jerk. The only plus is that he's been quite cuddly and wanted lots of hugs and snuggles. This is not a usual thing for Nick, who normally never stops moving.

So where did he pick up this bug? Last Sunday, Nick really needed to run around somewhere. It's been pretty cold outside, and this boy had tons of excess energy to expend. So Greg and I took him to the DuPage Children's Museum in Naperville. It's been about a year since we took Nick, and he was able to do so much more this time! 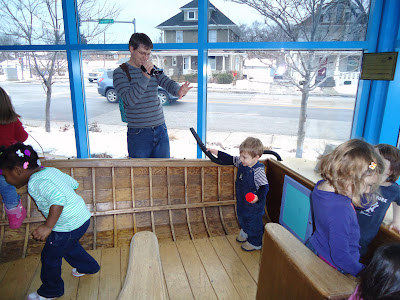 Nick met lots of new friends, and laughed and ran for three hours straight. He made a ton of noise. . . 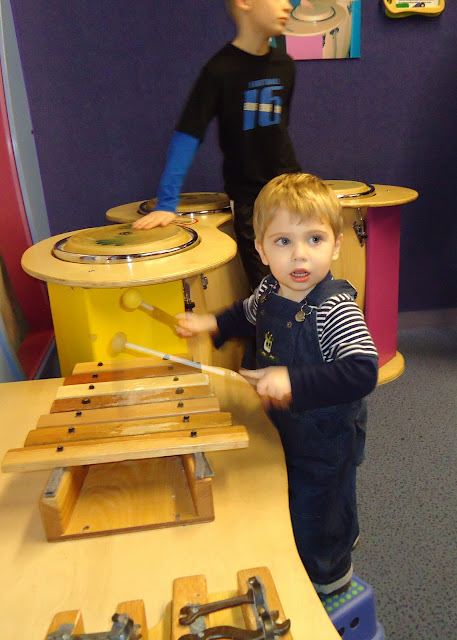 and danced up a storm. 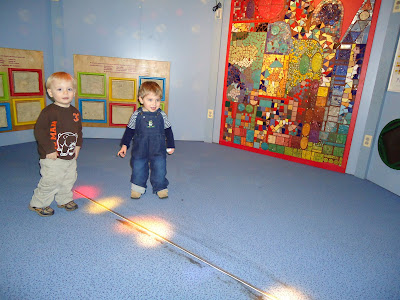 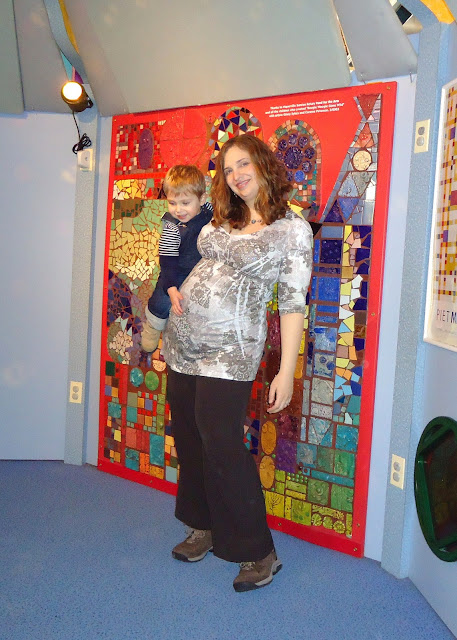 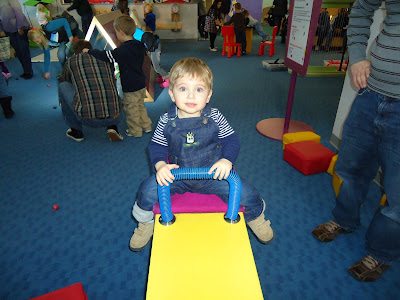 He also picked up some kind of bug from one of the many germy children also visiting the museum. Sigh. I suppose picking up viruses and such is a normal part of developing his immune system. I'm definitely not going to stop visiting fun places for fear of germs.  But maybe, just maybe, I'll start carrying around hand sanitizer when I go to snot-infused places. 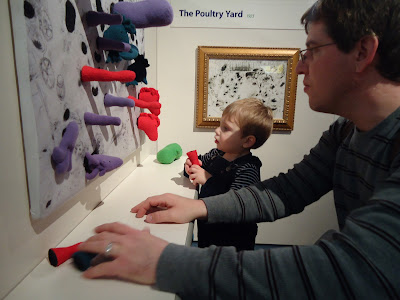