Last Saturday, Greg had to go to a conference for work. He was gone all day, so Nick and I decided to bake him a Valentine's Day surprise: chocolate crinkle cookies. Greg is an absolute chocolate nut--he loves any kind of chocolate. 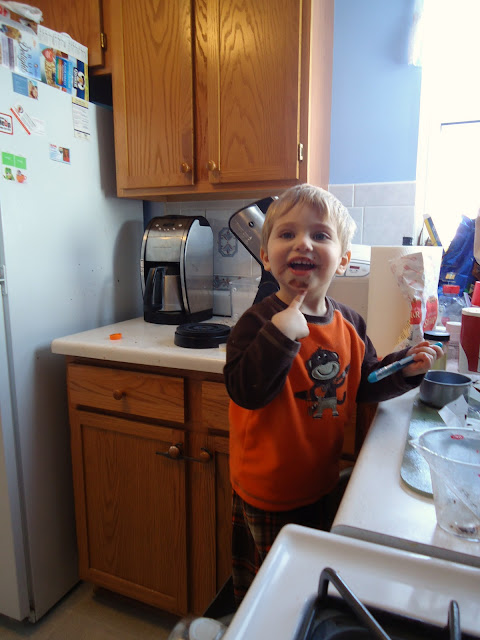 I've been meaning to make these for awhile, but I was always out of either vegetable oil or unsweetened chocolate squares. According to Kristen at That's What She Said, both of those ingredients are critical and should not be substituted. (She's the one who gave me the recipe.) I was still out of vegetable oil, but I figured I'd be brave and try canola oil anyway. Yup, I'm a rebel. Oh, and Kristen? It was the chocolate that was important. Canola worked just fine.  : ) 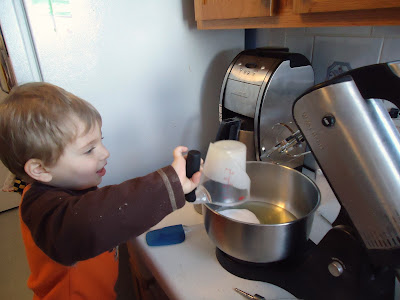 A few weeks ago, I bought Nick a present he likes better than any toy I've ever got for him: a step stool that allows him to reach the counters. Once or twice a week since then, Nick and I have made something together in the kitchen. I love these times because instead of pretending interest in some of Nick's toys, we're doing something that we both enjoy. "I stand on that!" Nick will insist all week. "I stand on that. Make cookies! I help!" He tells me this nearly every day, pointing next to the refrigerator where I keep our step stool.

On Saturday Nick kept sneaking into the pantry and grabbing random ingredients. It's a good thing he couldn't figure out how to operate a can opener, otherwise we'd have had cannelloni beans in our chocolate cookies. 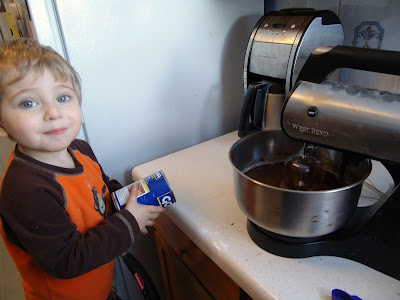 Nick actually pours in every ingredient while we're baking. I usually have to measure, but he does all the adding and turns on the mixer. I made sure he did most of the work this time, because these cookies were Nick's Valentine present to his daddy. Sometimes, though, this resulted in spills. Like, for instance, when Nick tried adding the baking powder. 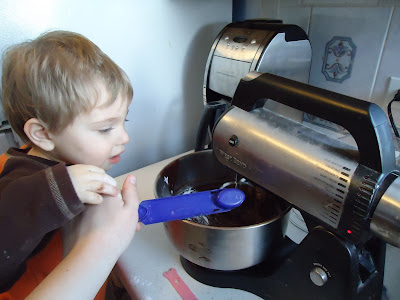 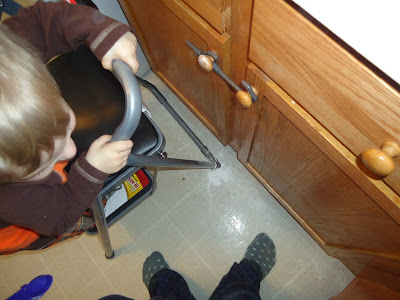 Notice the pile of baking powder on the floor. Anyway, the dough worked out great, and it kind of had the consistency of thick brownie batter. It tasted just divine, too. I love brownie batter. 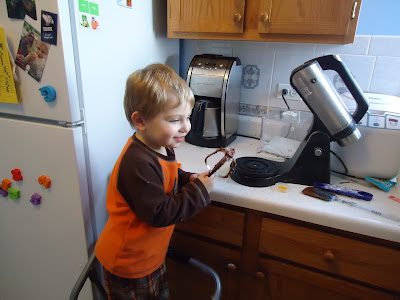 Nick got really mad, though, when I had to put the dough in the fridge for an hour and then in the oven. 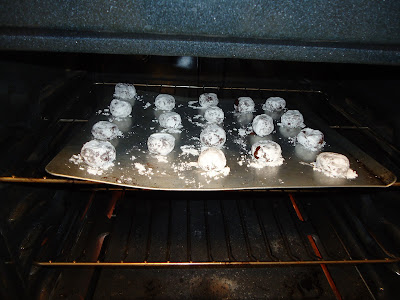 He doesn't understand the concept of waiting for cookies. He wanted them right now. Nick was, um, a little perturbed when I put away the step stool. 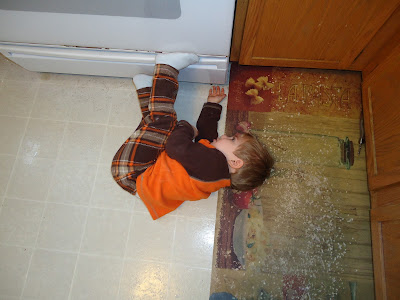 The cookies, by the way, were delightful and enough to kill any chocolate craving. Though I think I actually prefer just eating the dough. I would call that "chocolate balls of joy." 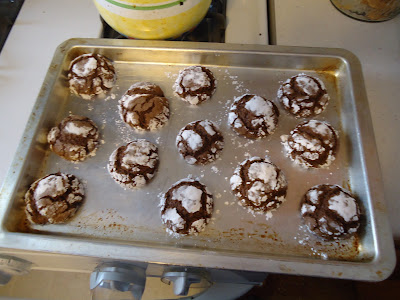 Here's the recipe for "Chocolate Crinkle Cookies" if you're interested. The only thing I changed was that I used canola oil instead of vegetable oil. Oh, and I decreased the granulated sugar just a bit, added an extra 1/2 of an unsweetened chocolate square, and used white whole wheat flour instead of all purpose. I guess I changed it a lot. They were delightful, though. Nick loved them. 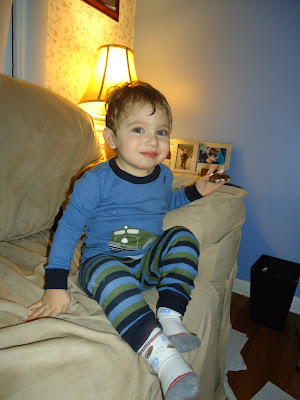 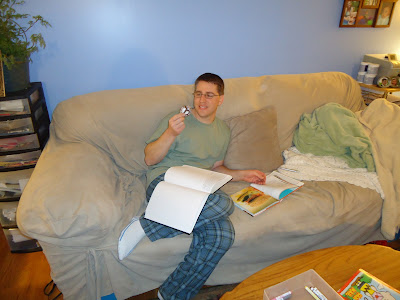