A Trip to Iowa: Part Two

Yes, there is such a thing as a corn pool. Observe for yourself:

Nick and I had a really good time on our short trip to Iowa, but we did so much that I'm going to tell you about it in several posts. Let's start with the corn pool.
Prior to my visit to this Iowa pumpkin farm, I had never even heard of a corn pool. In fact, I'd never imagined that such a thing even existed. But it does, and man, is it fun. I got in with Nick, and he was petrified. Something about the unsteady surface freaked him out, and he clung to me and whimpered. Nick has started telling me when he's scared, as in "Mommy, I scared!" For awhile there, he wouldn't even dip a toe in the corn pool. I was patient, but I didn't take him out, figuring he'd like it eventually. 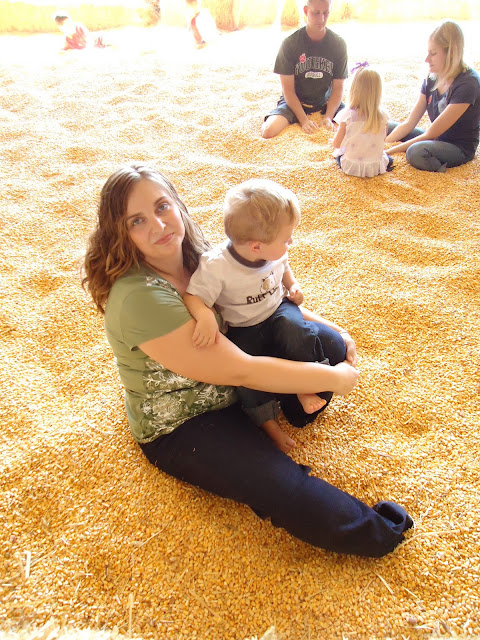 So he watched the other kids (my friend Gardenmom's son, stepson, and stepdaughter) for awhile and then decided he'd like to try the corn himself.﻿ It only took a little while before he was enjoying himself thoroughly. Nick likes to throw things, and once he figured out that it was okay to throw the corn, he was in heaven. 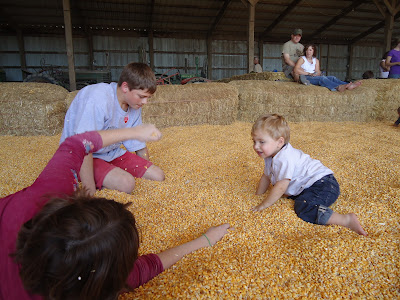 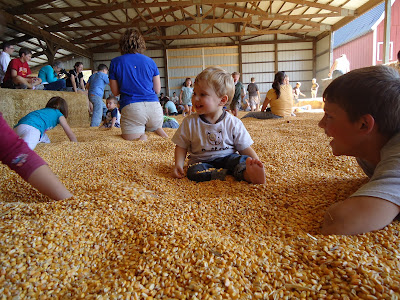 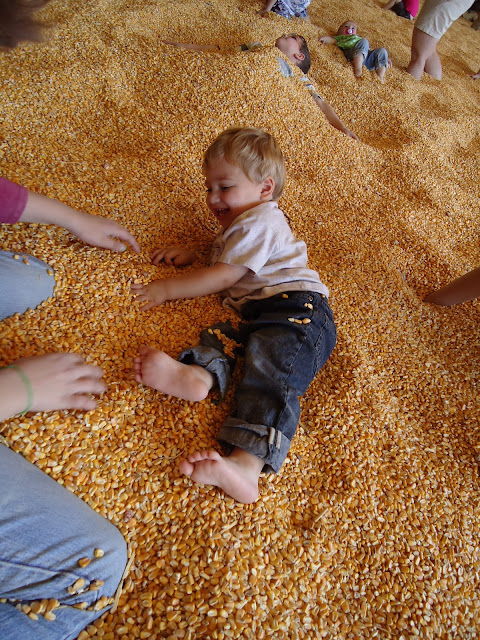 You can see Gardenmom's son buried up to his neck in the background. There are lots of fun things to do in a corn pool, as you can see. However, you should be aware that the corn comes with you. Personally, I had piles of corn kernels in my underwear and hay in my hair. When I went to change Nick's diaper a little later, it was filled with little pieces of corn. But it was great fun. All four of the kids had an absolute ball playing with Nick all weekend, and the corn pool was just the start of the adventure. More tomorrow. I'll leave you with this:
Posted by Melissa E. at 7:16 PM