Driving With a Buddy

Nick's been really into his car lately. He likes to jump in and drive around the living room. He has one of those cars like Fred Flintstone, where you make it move with your feet.  Sometimes he even gets into his car through the windows. He laughs when he slides out the bottom. 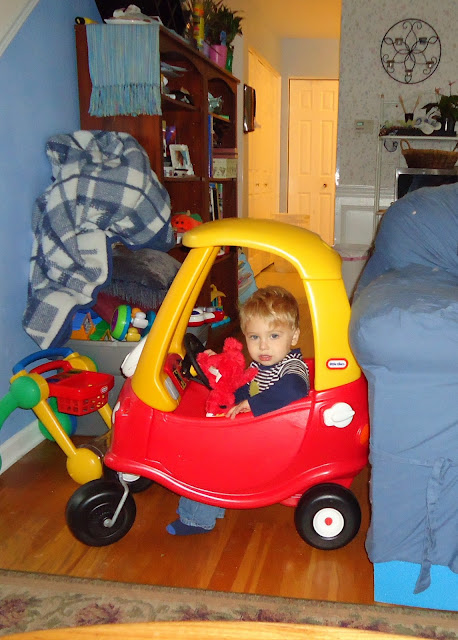 You might notice that Nick brought a little friend along for the ride. Lately he's become rather attached to Elmo. Sometimes, in the mornings, Nick even shares his yogurt with Elmo. 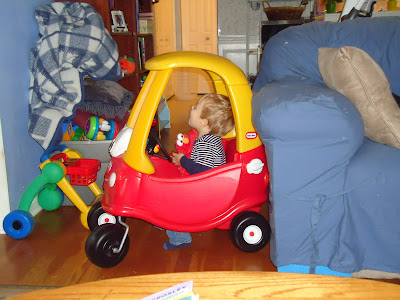 This morning Nick kept trying to put shoes on Elmo. First he tried his sneakers, but they wouldn't stay on. Then he tried my shoes. Elmo fit inside one of them, and Nick thought that was hilarious. "Shoe on Elmo!" he said, laughing uproariously. 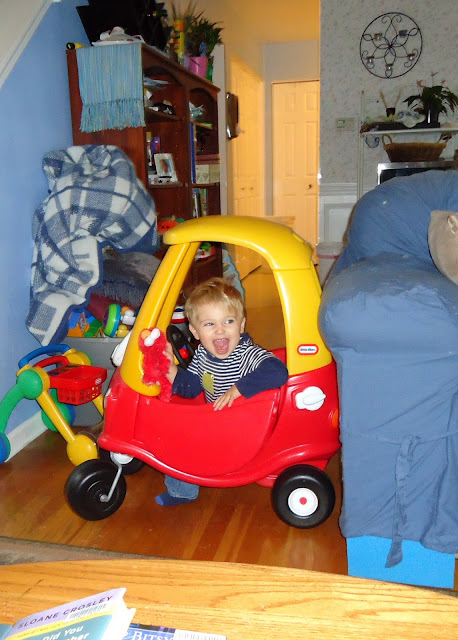 I love weekend mornings. I slept a good eleven hours and went downstairs to get a cup of coffee after 8 a.m. Nick shouted, "Mommy!" and wrapped his arms around my legs. There was no hurry to do anything or be anywhere. Now don't get me wrong, there are stressors. Nick dumped Greg's entire cup of coffee over, drew with sidewalk chalk on the hardwood floors, and chucked a bunch of his toys down the stairs. But relaxing with my family on a rainy Saturday morning is just where I want to be.  :)
Posted by Melissa E. at 9:24 PM