I love the Children's Garden at the Morton Arboretum. I think it is beautiful, and I love how there is a guard so that my children cannot just leave. Henry loves the climbing parts the best. 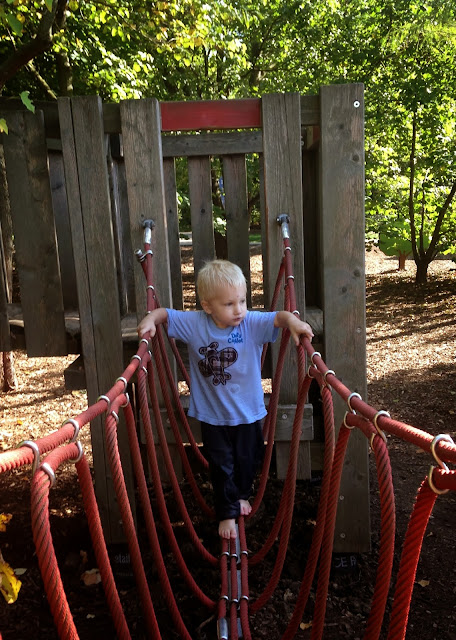 Last week, I had three doctor's appointments, and several hours to kill in between them. So I met the boys for some outside time. 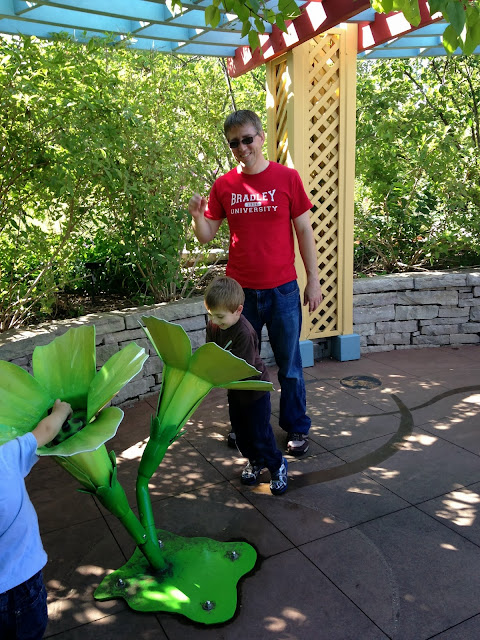 I hadn't been back to the Arboretum in awhile, so it was fun to check out all of the children's exhibits. 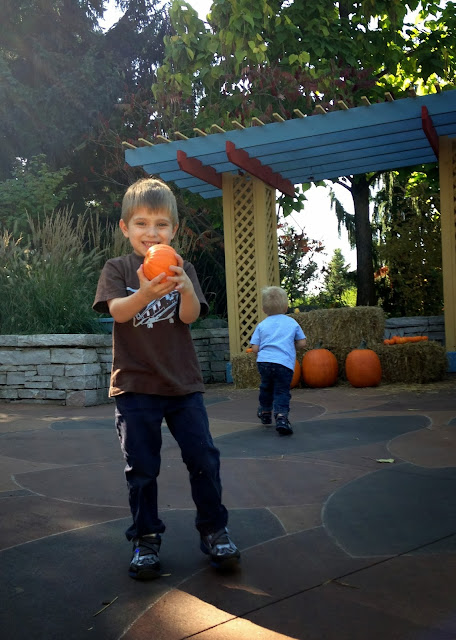 They had a stack of hay and some pumpkins for exploration, and the boys loved moving the pumpkins back and forth between the haystacks. . . . 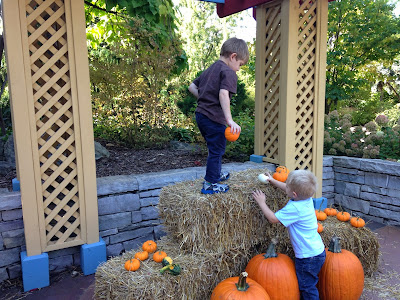 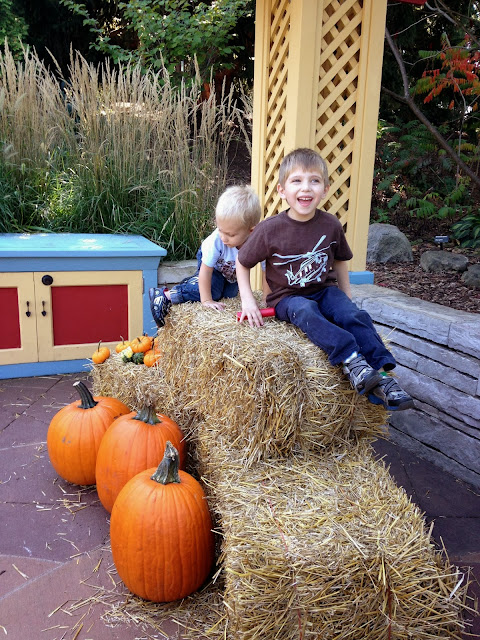 Henry did not want to let go of this gourd. 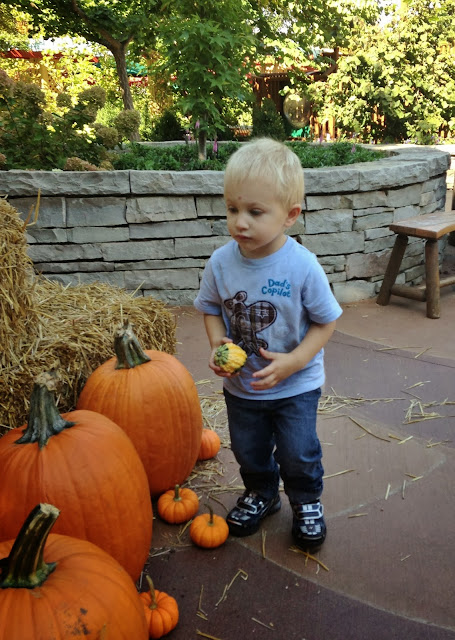 After the haystacks, we went to walk on the rocks. I rolled up their jeans and made both Nick and Henry take off their socks and shoes. I was thinking they'd wade a bit, and the rocks were a definite hit. 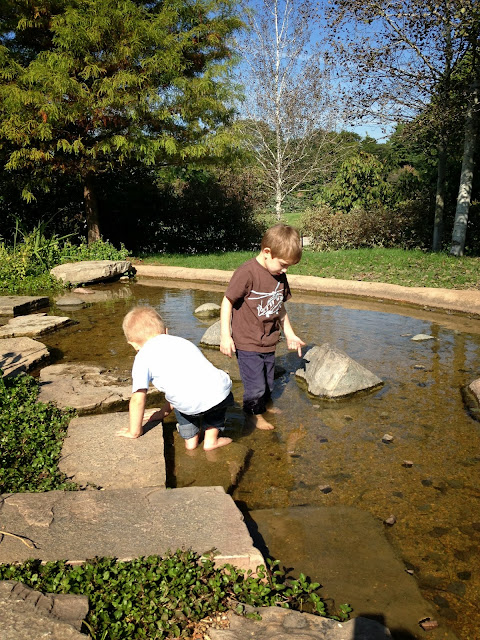 Wading, however, soon devolved into belly-flopping and splashing. It was only in the low 70s that day, but my guys didn't seem chilled in the slightest. We ended up having to change both boys from the skin out. 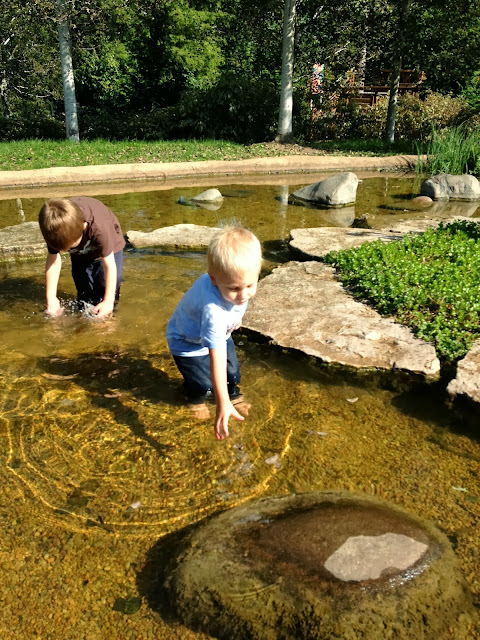 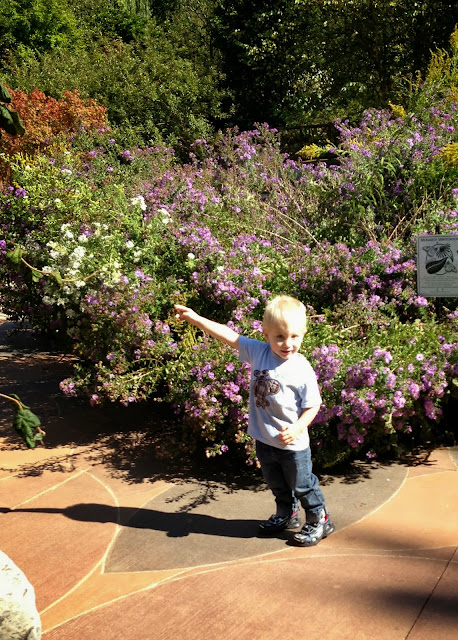 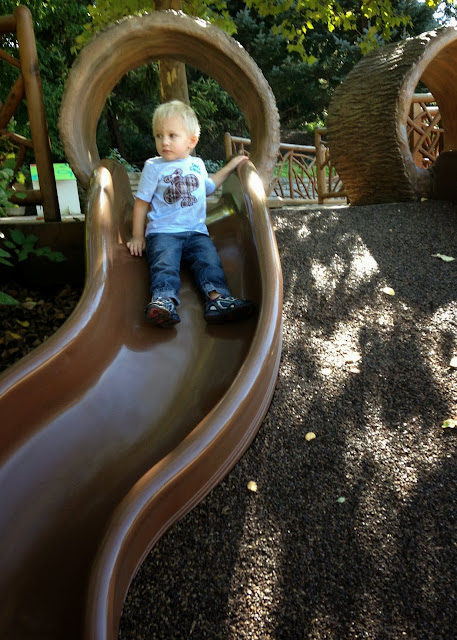 Nick can move with incredible speed. Agility? Not so much. But he's got the energy factor down pat. 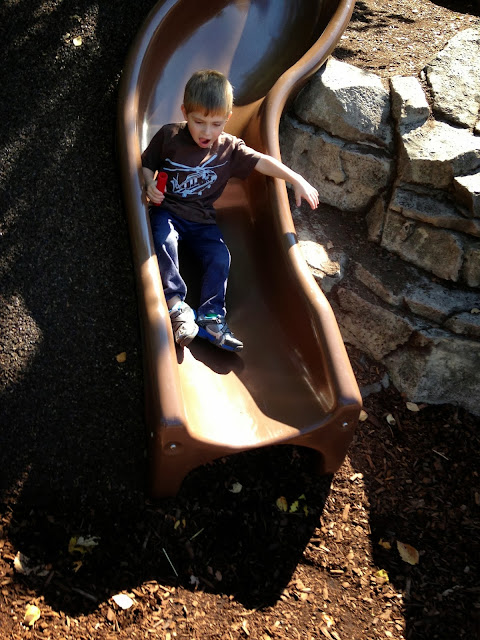