Boxes and Bookshelves and Hunting Vests

Last week my husband brought up some boxes of clothes for the boys. Some were Nick's old clothes I'd saved for Henry, and some were hand-me-down clothes for Nick that a friend had given me. The kids had a great time playing with both the boxes and the clothing.


Henry found a hat that he loved in one of the boxes. 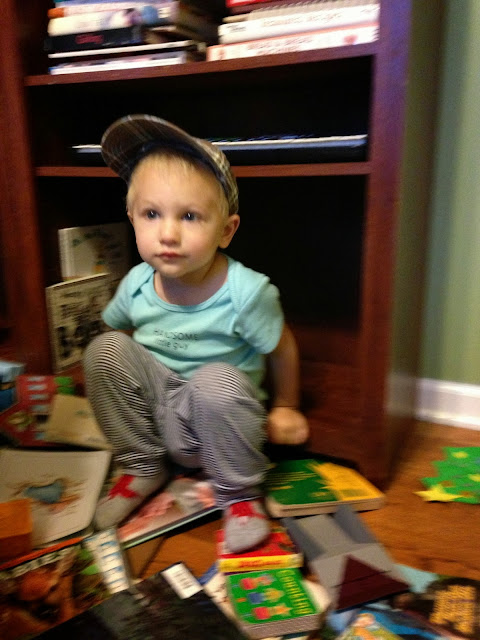 While Grandma Toni and I were distracted going through the clothes, Henry found a new hiding place in the bookshelf. 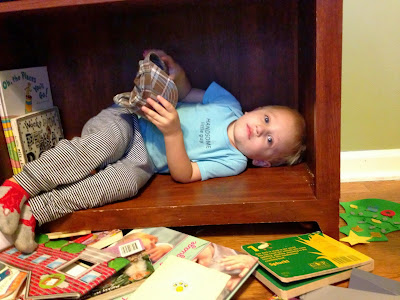 Nick liked it, too, but he said he didn't fit very well. 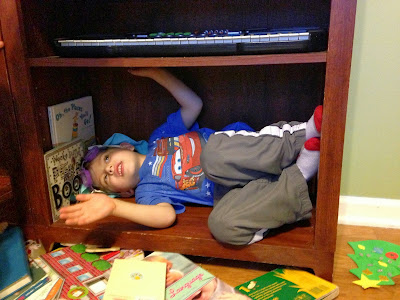 Nick found the hat from his 1st Birthday Party, and it still fits! (Kind of.) 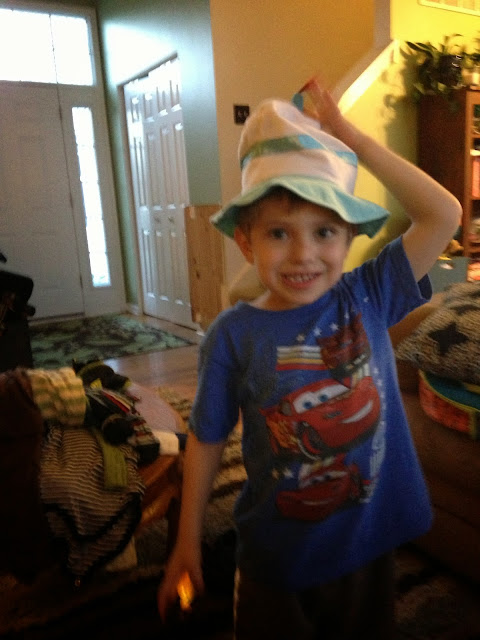 The goggles were a gift from Grandma. Nick loves to wear them on his forehead. Not sure why. 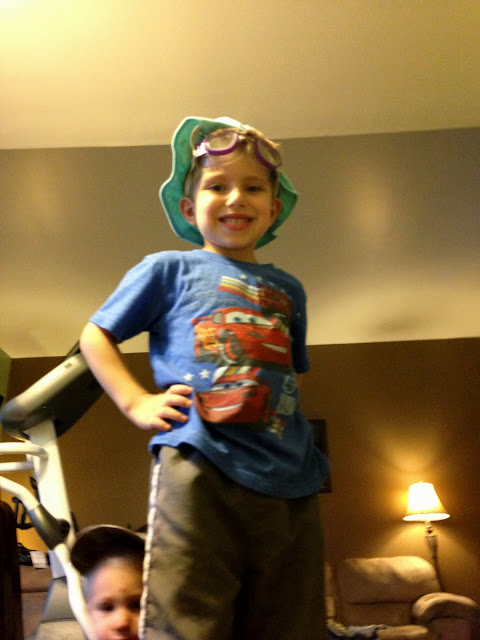 Henry found a hunting vest that he thought was pretty sharp, even if it was in Nick's size. 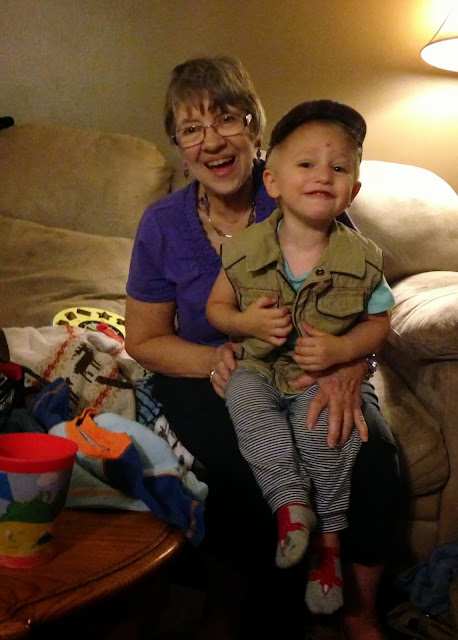 Thanks to Grandma Toni for helping me go through the clothes.
Posted by Melissa E. at 6:45 PM