A Hot Day at the Morton Arboretum

Last Saturday we had a big outing. We went to the Morton Arboretum for a picnic and some fun. The event started as a present for my grandmother and sister. They both had birthdays in June, and we promised them a nice lunch and walk through the gardens for a present. My mom drove them down to the Arboretum. Also, my friend Gardenmom and her son were in town, and they joined us. A good (but sweaty) time was had by all. 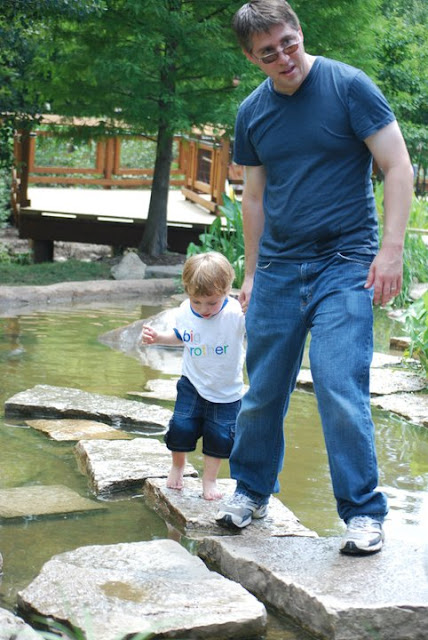 The kids had a blast running around in the children's garden. ﻿They had a stream, slides, and a number of climbing areas. 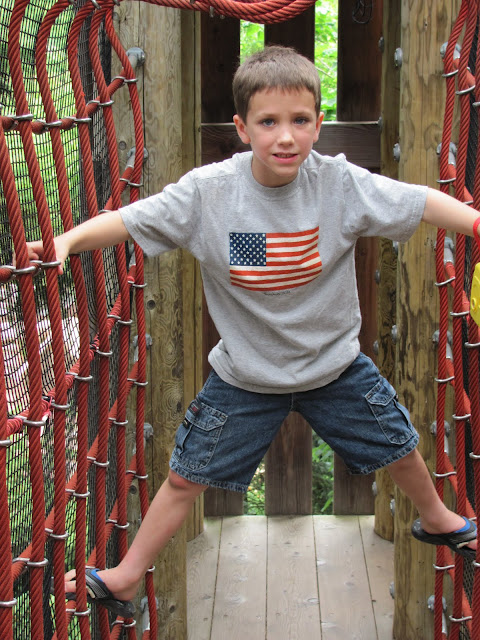 Nick wanted to try everything that Gardenmom's son could do, even if he was too little. My son doesn't understand the concept of "too little." 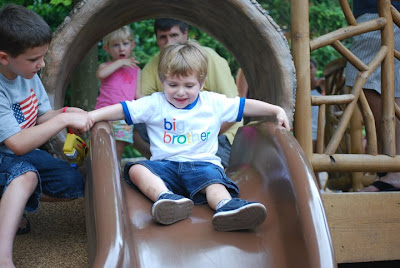 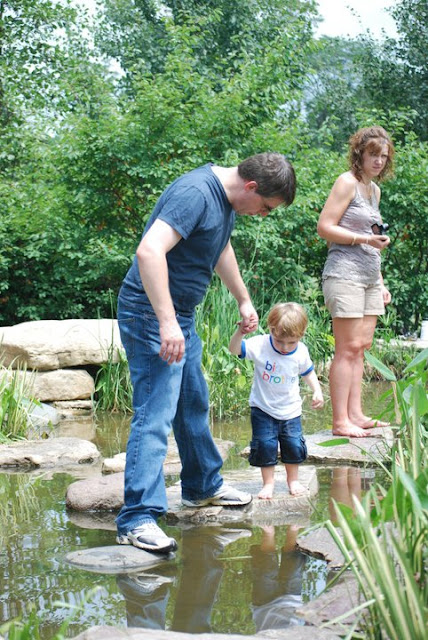 It's actually quite surprising how refreshing it is to wade in a stream on a hot sunny day. 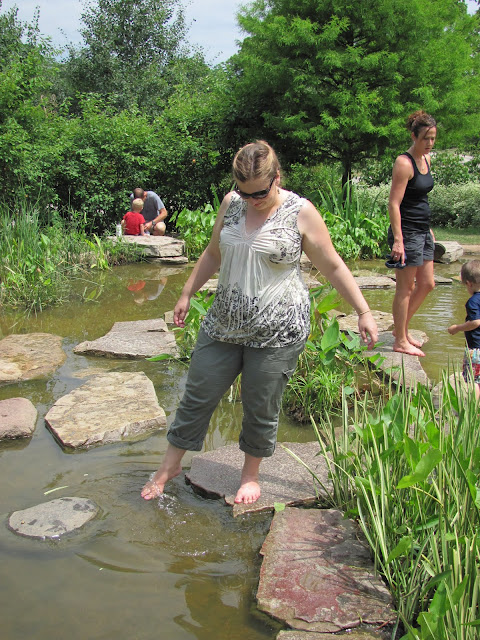 The arboretum had an art exhibit going on where they crocheted trees. It was pretty awesome, in my humble opinion. Kinda like a sweater for the tree. 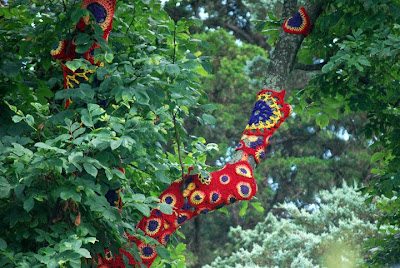 Oh, and Henry? He got a ton of snuggling from his grandma and great-grandma. He pretty much got passed between the two of them the entire time we were there. Henry heartily approved. He is happiest in someone's arms. 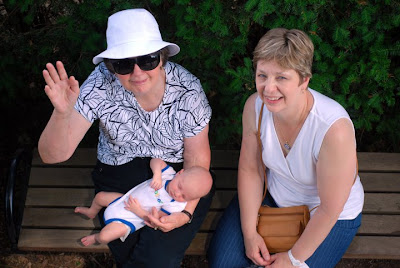 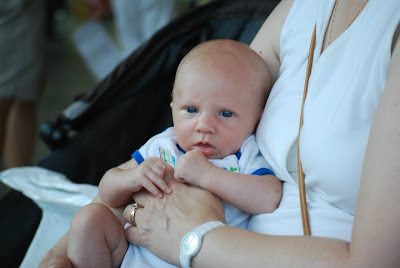 I do want to go back to the arboretum sometime soon, but hopefully we'll pick a day where the weather is a little cooler.
Posted by Melissa E. at 10:35 PM