I like having my kids in the kitchen with me, at least when I can get them one at a time. A few weeks back, Greg took Nick to his OT appointment, so I had an afternoon where I got Henry all to myself. We made lunch together. 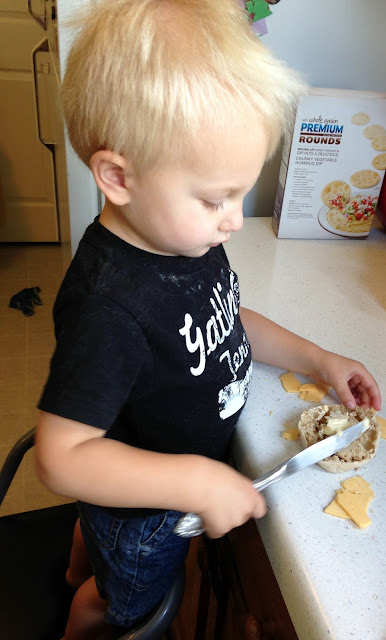 First, I had Henry tear some cheese into little pieces. Then, I showed Henry how to butter an English Muffin. He really liked using the butter knife. 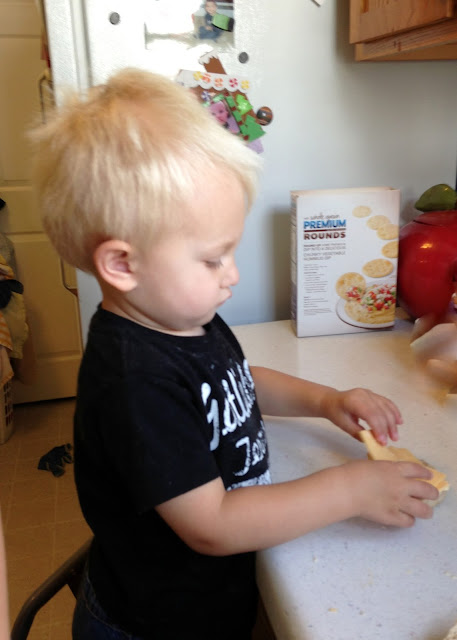 Then I let Henry help me cut the cucumbers into slices. Even though I was hand over hand the entire time, Henry still thought this was the coolest thing ever. (In case you were wondering, our garbage can has to be kept on top of the counter ever since Henry threw out my cellphone. And my keys. Oh, and also my sunglasses.)

Henry was a little mad when I wouldn't let him cut the strawberries (They are a little harder to do hand over hand with, and I didn't want to risk it.) He cheered up, though, when I let him put the food on his own plate. 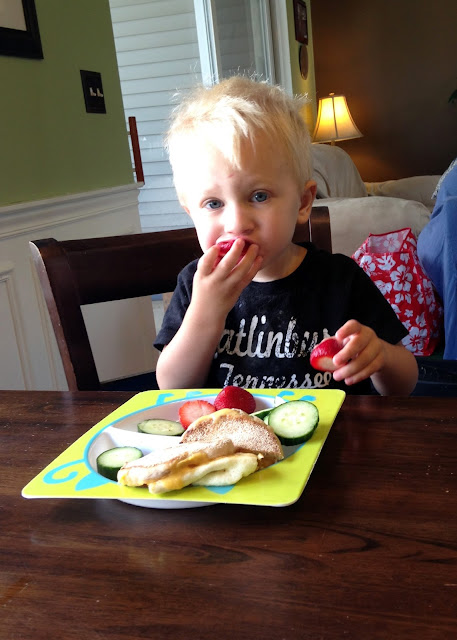 It ended up being a pretty yummy lunch. Henry ate the whole thing, possibly because he was so proud of all his hard work. 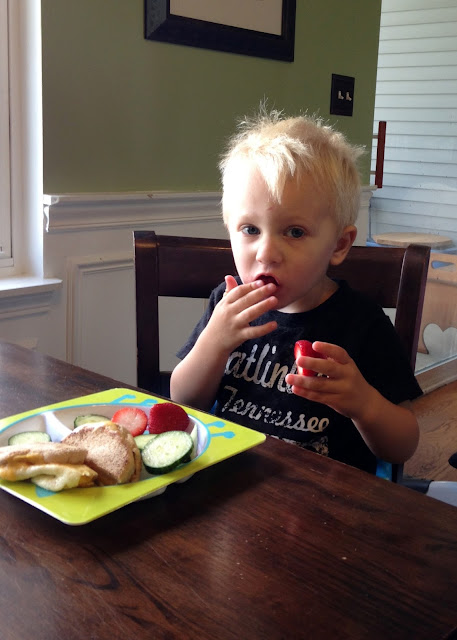 I just noticed that when I took this picture, Henry's Happy Birthday banner was still up. Man, that means I left it up for well over two months. Ah, well. 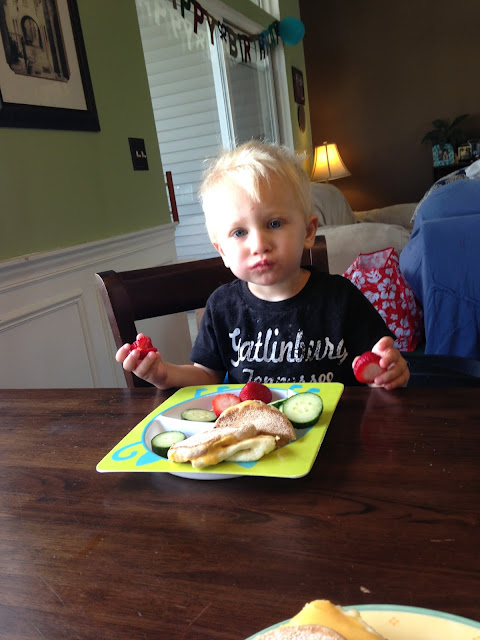