For her birthday, my sister said she'd like to go somewhere fun. One of the place she suggested was the Museum of Science and Industry in Chicago, and we decided that taking her there would be her birthday gift. We've been before, lots of times, but not recently. This is one of our favorite museums, since there's so much to see. 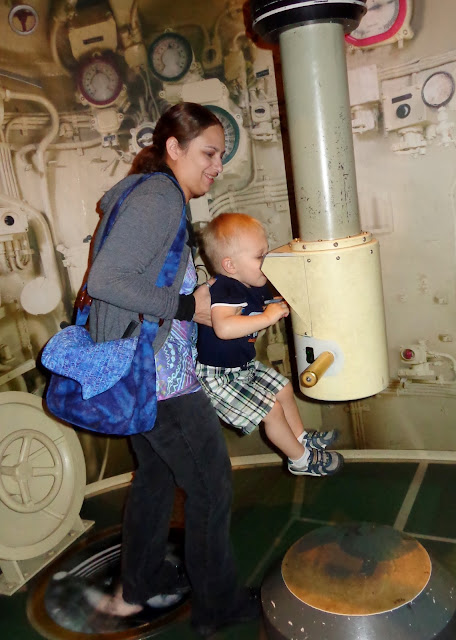 One thing we definitely wanted to see was the submarine. I even dressed Nick for the occasion. You would be surprised at how many different submarine-themed t-shirts they have for little boys. 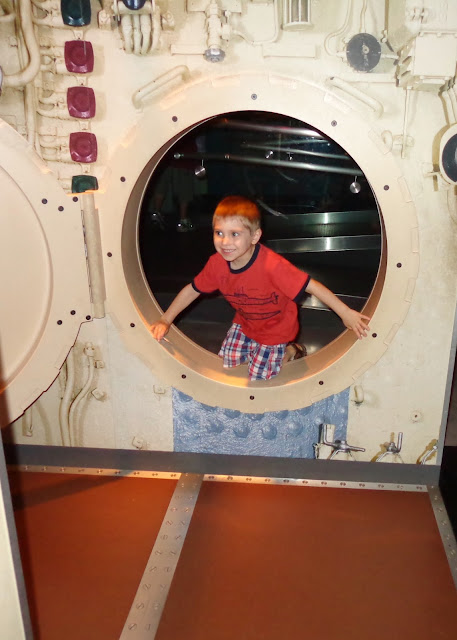 The kids got a kick out of the periscope. I don't blame them. Periscopes are pretty awesome. 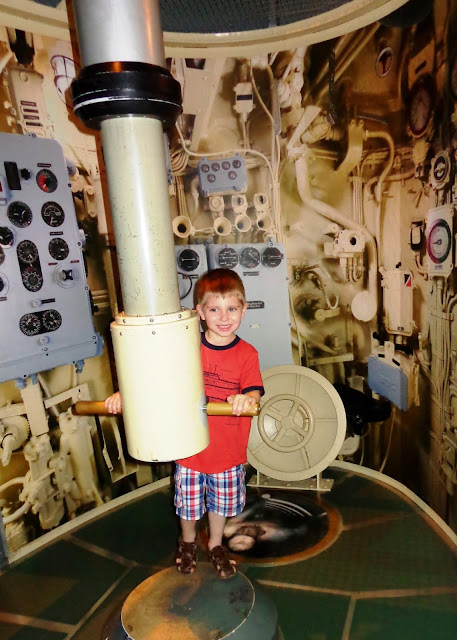 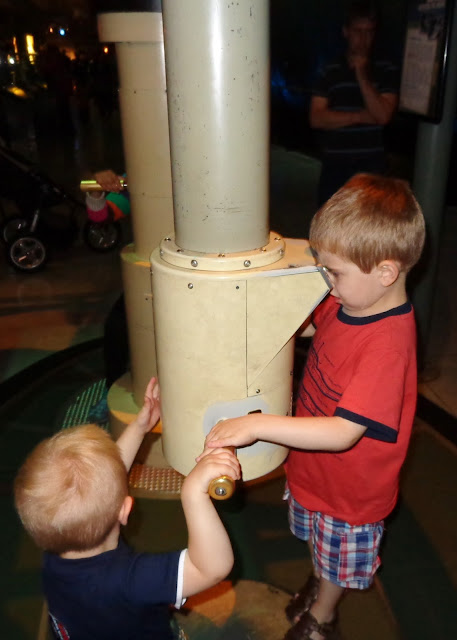 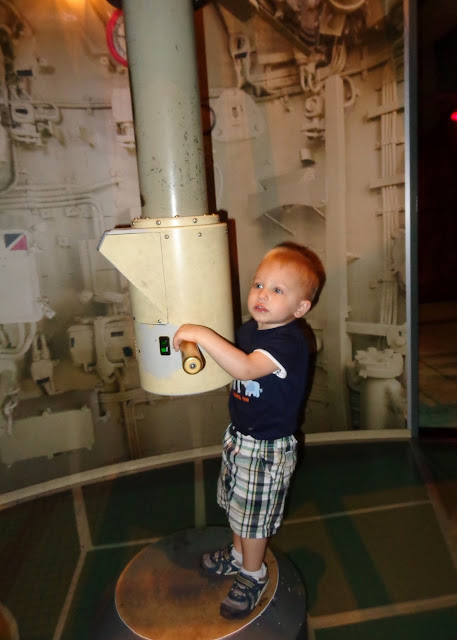 The lighting in this exhibit was pretty weird. There are blue light waves on the side of the submarine. The effect is kind of like you're under water. 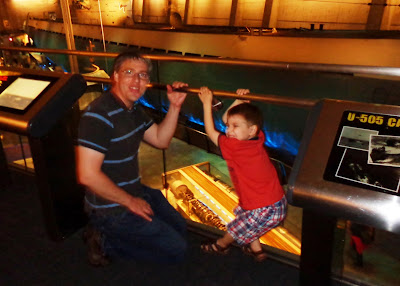 The lighting also makes it kind of difficult to get good photos. It's always hard to get pictures of Auntie Mandy because she is always the one with the camera! 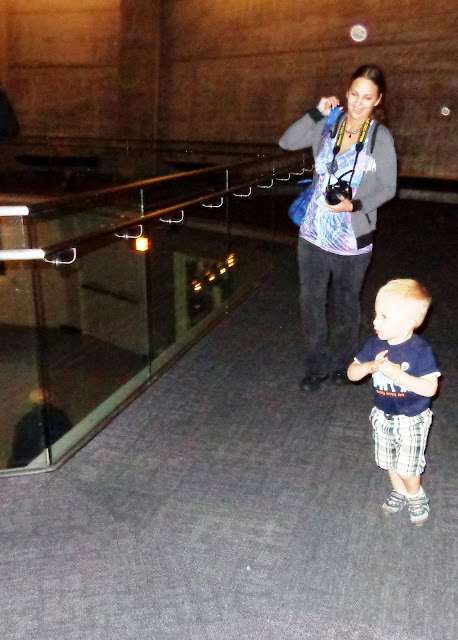 We saw the Animals Inside Out exhibit, but we couldn't take any pictures in there. I was amazed at how much the kids liked seeing the different animals and their parts. They weren't freaked out by all of the bodies at all. They really liked the trains, as well, though I guess that's a no-brainer for little boys. 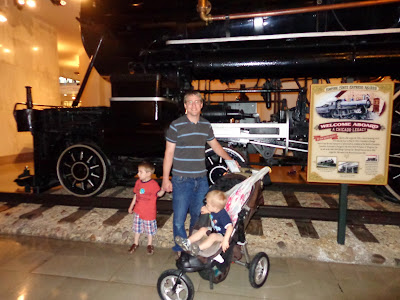 Would you be surprised that one of their favorite exhibits was the elevator? They can be easily amused, sometimes.

This was a fun but exhausting day. I wish I would have gotten a membership so we could go back. There are so many exhibits there! I sure hope Auntie Mandy had a good time.