My Date with Henry

I think it is important to spend time with my children as individuals. It's also pretty fun, and it lets me get to know each of them in a different way. This week I had a date with Henry, and Greg spent the day with Nick. 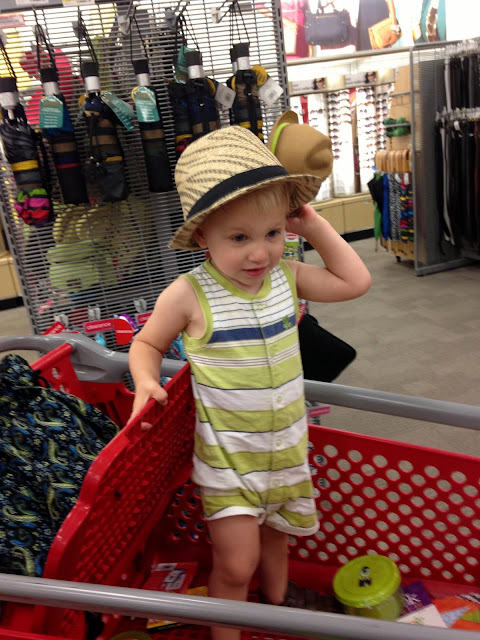 First, we went to Target. I like to scour the dollar bins for fun things the kids can do in the car, especially since we have a long car trip coming up. Henry likes trying on hats, among other things. He also helped me pick out a new umbrella. Then it was off to my school to water the plants.

My classroom has over 50 indoor plants, and I'm obliged to check on them at least once every week or two. I let Henry help, because I really do believe that little kids learn best this way. However, Henry watered the table more than the plants. I gave him only a tiny bit of water each time, and he loved pouring the water and saying, "More water!" Henry speaks only in vowels right now, so it sounded like, "oor ahhuhh," but he got his point across. 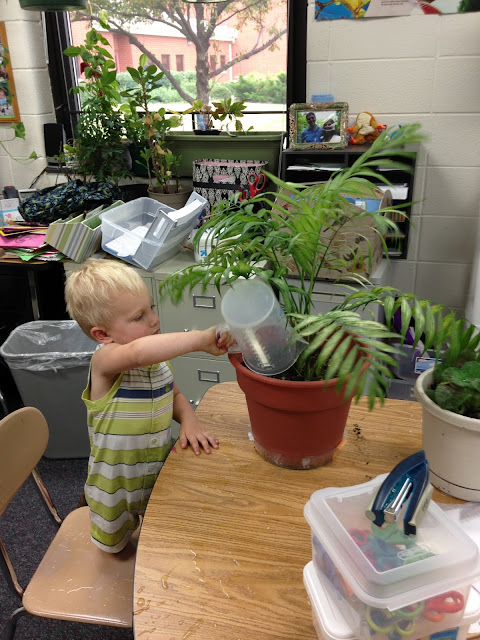 After our plant-watering, I took Henry outside to check on the school garden. I run a school garden, and during the summer it is mostly left to its own devices. Henry did, however, find a carrot. He picked it way too early, but I was impressed that he knew just what it was. 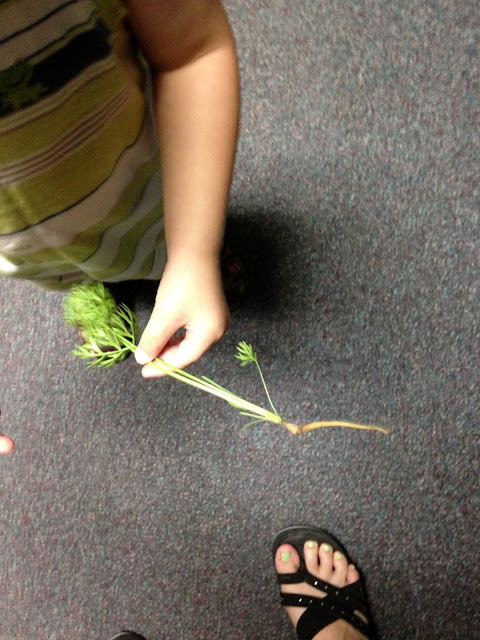 Hopefully the carrots will get much bigger by the time fall rolls around. I think I'll probably take Henry with me again at least once more. He seemed to get a kick out of walking the hallways of my school, and helping me with the watering. 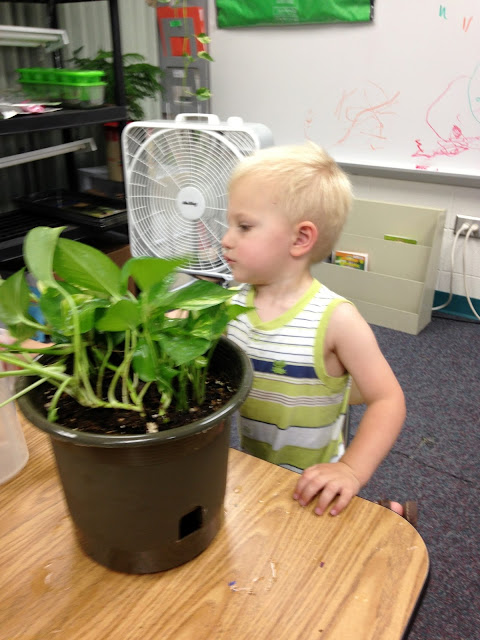