A Walk in Downtown Plainfield (and Ice Cream, Too!)

When Greg and I first moved to Plainfield back in 2006, we thought it was kind of lame. We chose our home based on affordability and space rather than location. Previously, Greg lived in Oak Park and I lived in Downers Grove, both of which have very nice downtown areas. Plainfield is nowhere near as cool as either of those places, but I think it's definitely improving! We killed an afternoon a few weeks back with a nice walk around downtown Plainfield. They've really done a lot of work to make it more pedestrian-friendly, and I think that main street is looking pretty good. 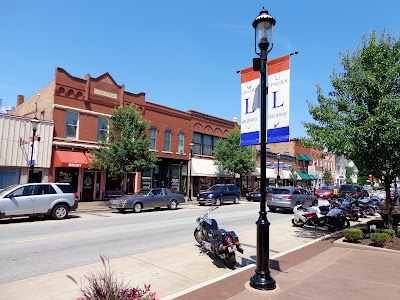 We spent a good hour walking up and down the street, just checking everything out. The butcher gave Nick a lollipop, and then Henry started crying and we finally figured out why: Henry wanted a lollipop, too! I guess Henry is big enough for lollipops, now. 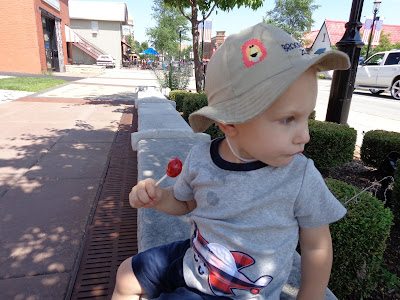 Nick was impressed with all of the motorcycles parked on the street. He wanted to touch them, but I didn't think the owners would be cool with that. 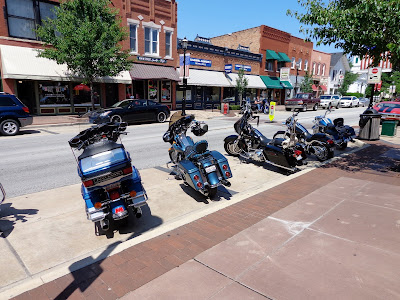 I also like the historic houses in the area, and the older trees. One thing about living in a planned subdivision is that the trees are younger and planted in very straight lines. I do appreciate older trees, though I'm sure they'd be a pain if they were on my property. 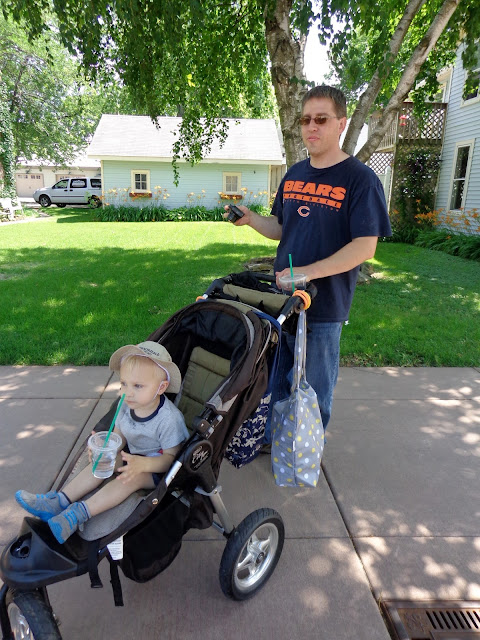 We stopped for ice cream at the Gourmet Junction, this little tea room/ice cream shop/store that has yummy real ice cream. I always get the strawberry because there are chunks of real strawberries in it. Yum. Nick got the chocolate, as evidenced by the chocolate goatee he sported. 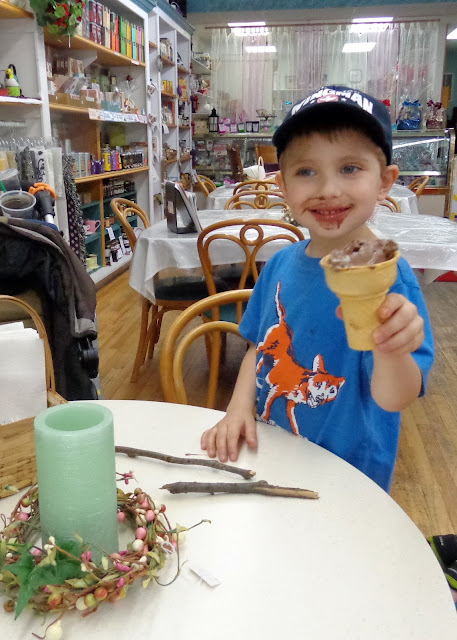 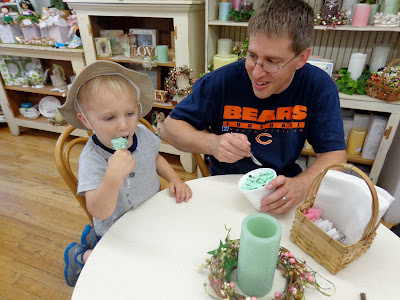 Henry is still too messy of an eater to brave eating an ice cream cone. He thinks he could handle it, but we know better. Henry can definitely say ice cream now. He can DEMAND it, in fact.

Henry was a little perturbed when the ice cream was "all done," but he survived his disappointment. He did not, however, want to go back into the stroller. I had to walk with him. He's still learning how to walk while holding someone's hand. It is a learning process. 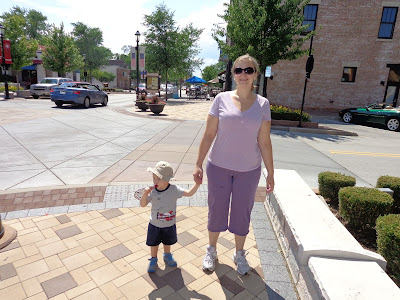