Tanks and Water at Cantigny

Did you think the picnic and concert were all we did at Cantigny a few weeks back? No way! We also found the water sprayers and cooled off in the water, which was cool but not cold. The boys loved it! 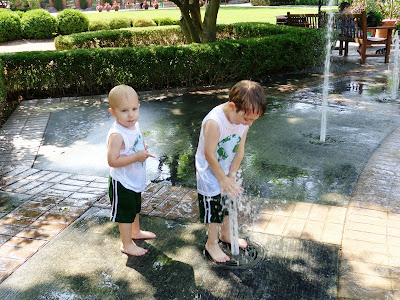 They were completely soaked and kept going back for more. 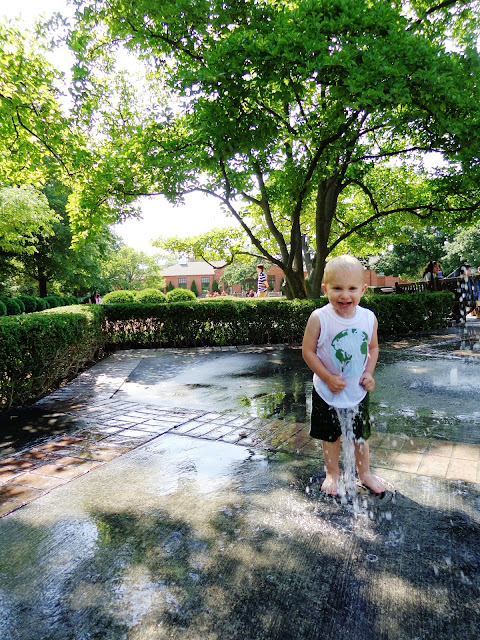 This little spray park was pretty neat, especially on a hot day. 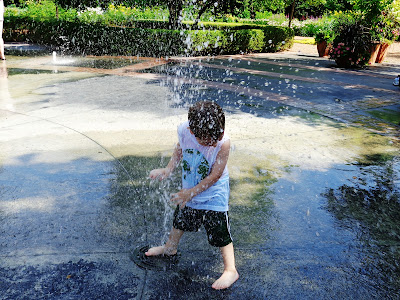 You would think all that running around in the water would've tired them out, but they were still up for checking out the tanks, even while dripping water. I helped Henry climb up on this one, then stood right in front of him in case he slid. 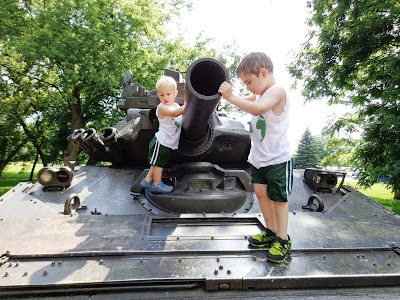 Then, when we got to the next tank, Henry waited until I was taking a picture of Nick. . . 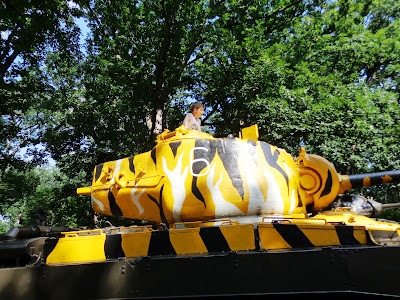 . . . and somehow managed to climb up on top of the biggest tank around. I have absolutely no idea how he climbed this high with no help. 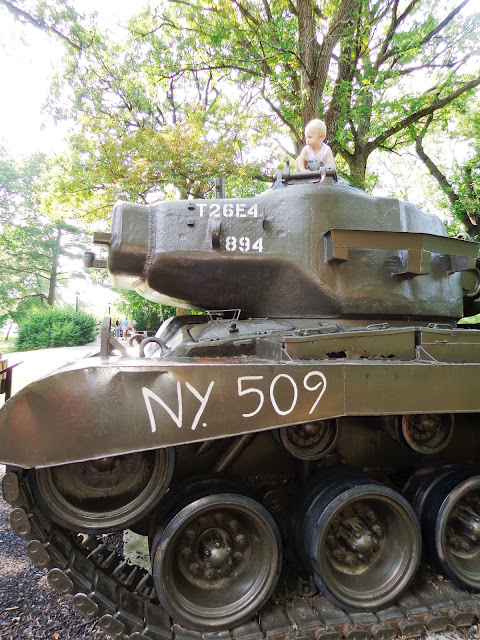 He wouldn't come to me, and just laughed and clapped for himself. 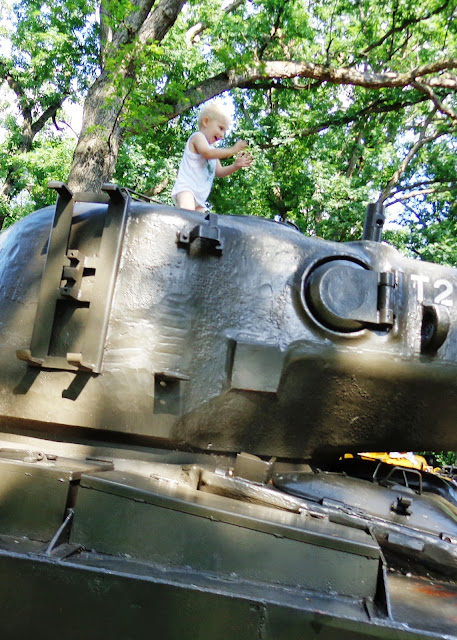 I asked a couple of kids to try to corral him, but they had no luck. He was too happy.

I do not have much in the way of upper body strength, and I was pretty sure I couldn't climb up that high. A nice man in decent shape finally scaled the tank and pulled Henry down. His shirt was all dirty and wet, so I took it off.  Henry was mad. He didn't want to come down. He kept trying to climb up all the other tanks.

The boys wanted to stay longer, but I was exhausted. Apparently, the boys were, too, because they passed out within seconds of being strapped into the car.