A Concert and a Picnic at Cantigny!

Speaking of relatively inexpensive things to do with children, I found a free children's concert at Cantigny Park in Wheaton, IL. It cost $5 for parking, but that was the only money I spent the entire day, since I packed a picnic and the park itself was free.


We saw a band called Scribblemonster, and I actually enjoyed the music. This is a miracle, because most music that my children like drives me insane. We ended up with front-row seats because we got there early. The crowd was pretty small, but very engaged in the music.

They even did a conga line! 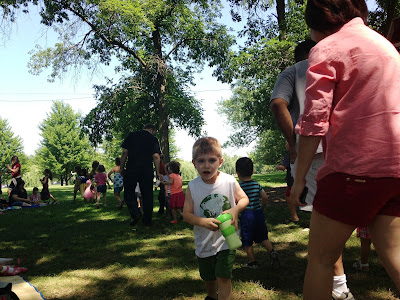 Nick made some friends while we were waiting for the concert to start, and they shared their bubbles and balls with him and Henry. The bubbles, of course were purple and stained. Ahh, well. All in the name of fun. 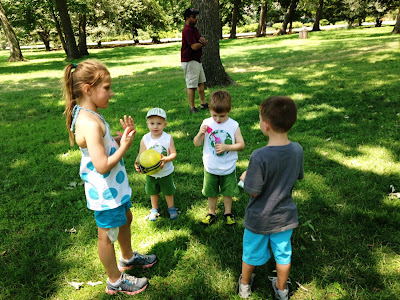 Bubble fun in the shade! 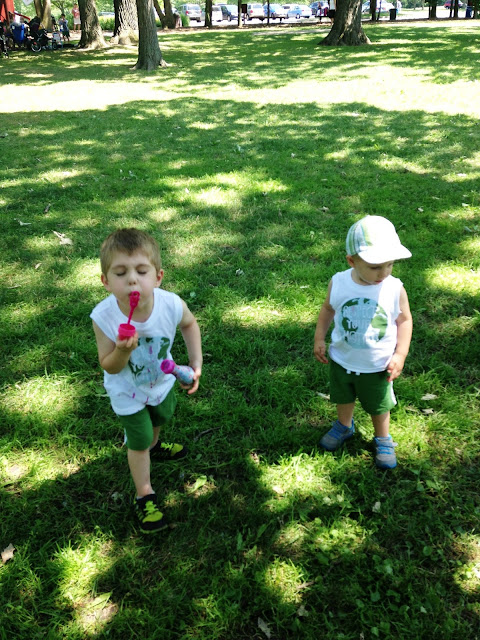 Henry, on the other hand, discovered a love for soccer when an older friend showed him how to kick this mini soccer ball. Now I have to find one for him, because he loved it and wouldn't give it back. 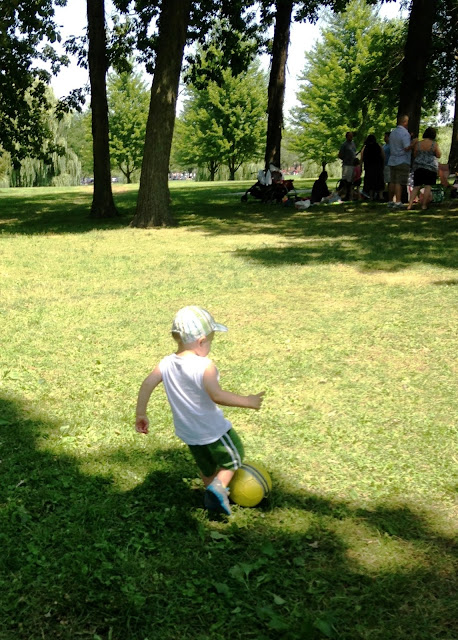 The picnic was pretty fun, too. I packed peanut butter and banana sandwiches, cucumbers, fruit, raisins, and oatmeal cookies. Yum.


The weather was nice and cool, at least in the shade, and this was an excellent concert. I want to go to Cantigny again soon.  :)