Remember a few weeks ago when I wrote about how I was in a car accident and had to get two brand-new car seats for the boys? I figured out a way to kill an entire afternoon just with the empty boxes from the car seats. 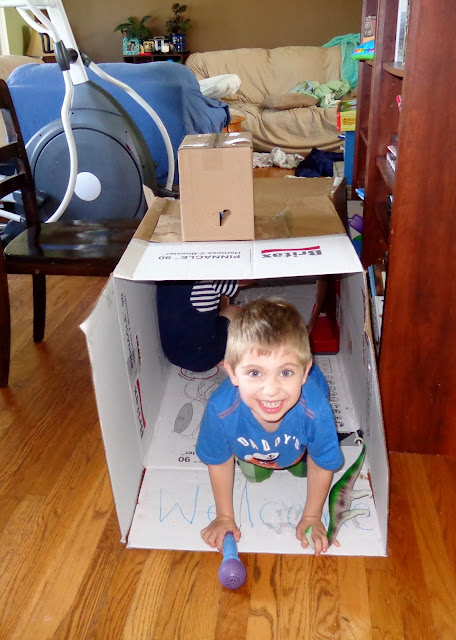 First, I turned took the tape off of the boxes and retaped them inside out, so that the boys could decorate them. I taped both boxes together, and we even found an empty Sam Adams box that I put on top as a chimney. Note the little birdie that I drew on the chimney.

Besides hiding in it and using it as a tunnel, there are many things to do with a box. You can decorate it with crayons. (If I had been braver, we could've used markers or paints, but I dreaded the mess.) The boys can use it as a launching pad for their toys. They can sit inside of it and eat raisins. 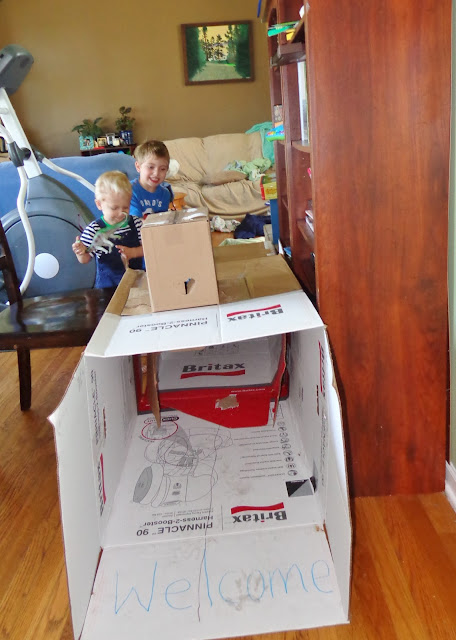 They can pretend to have their dinosaurs attack the house, godzilla style.

The boys also took turns hiding in the box, and at one point they refused to come out. All I could see were their feet. 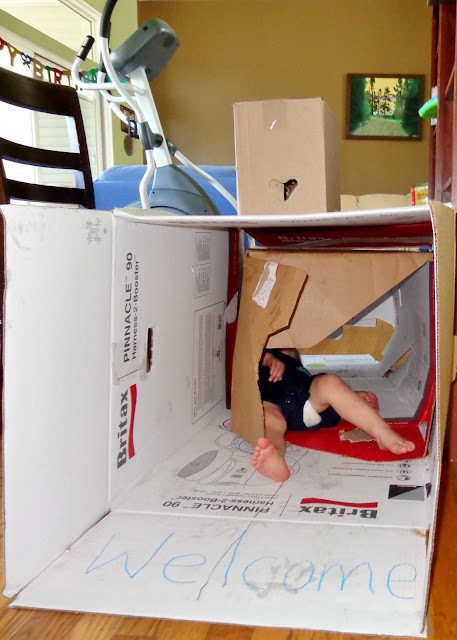 The boys eventually played too rough for the boxes, and they started collapsing. We had to tell them that climbing on the roof was not a good idea! 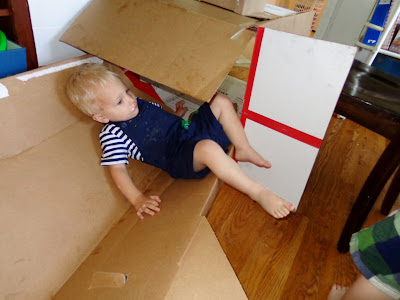 All it took was some packing tape to put their house back together. I propped it up between chairs and a bookshelf. 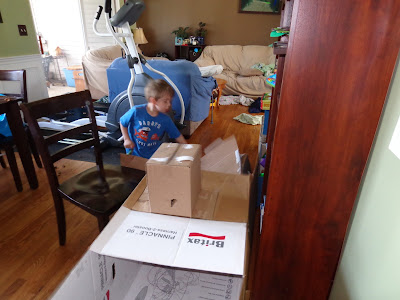