Ice Cream on a Train!

Did you know that if you go to Choo Choo Johnny's for your birthday, they will send you a scoop of ice cream with a candle on it, traveling on a train? 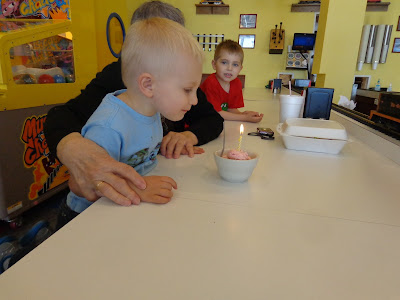 Grandma Toni wanted to see this place, which Nick has been raving about for several years. The food isn't terrific, but the kids get so excited every time we go, so I figured, why not? 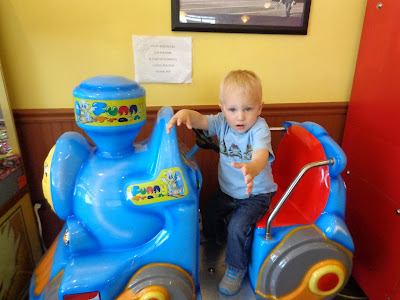 They had a ride-on train, which freaked Henry out a little bit. I think he was a bit scared. Nick wasn't afraid at all. He likes a good thrill ride. 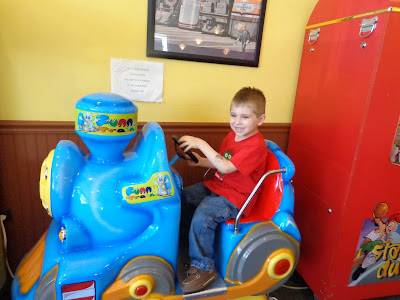 After watching Nick on the train ride, Henry changed his mind and wanted to get back on--while it was moving. I had to hold him back to get him to wait. 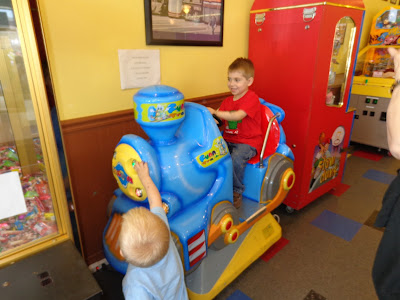 It is pretty neat how they send the food over to us on little model trains. The boys clapped and Henry tried to crawl onto the counter to touch the train. He adores trains. 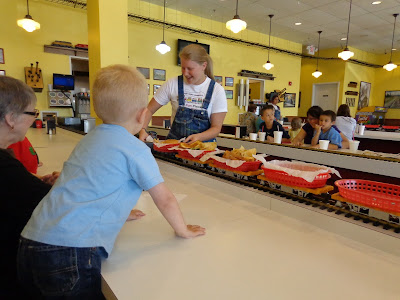 This year, every time we've sang to Henry for his birthday, he clearly understands that it is for him. He loves it. Turning two makes Henry feel pretty special, especially when there is ice cream involved. 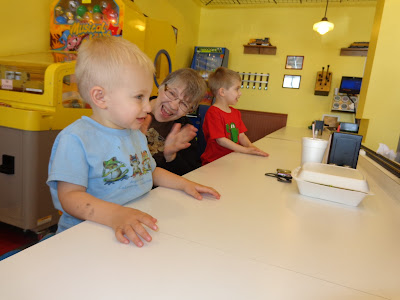 Henry ate every bite, and even tried to eat some of it with his fists. He loved this place, and now I'm probably going to hear it from both of them every time I pass it by on Route 59. Ah, well. At least the kids had fun, and Henry enjoyed a birthday treat. 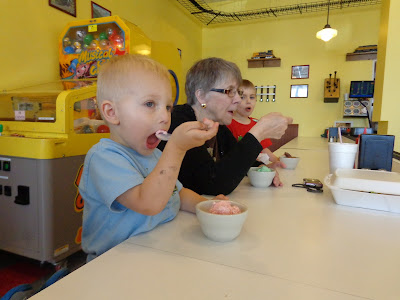