I can hardly believe, it but Henry turned two today. It seems like just yesterday we were getting to know him, and now he is a two-year-old with a mind of his own. 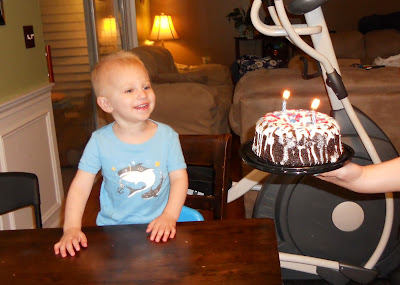 Henry had quite the birthday today. We're not having his party until later this month, but we made sure he had lots of interaction and fun during the day. Nick and I tried playing a game with him, but he mostly just pretended with the pieces, which was okay and still kind of fun. 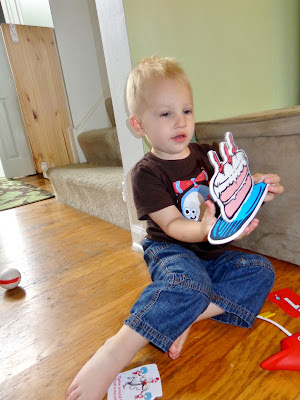 We bought him some nice dinosaur puzzles, made especially for two-year-olds. With some assistance, he could complete them and would clap for himself each time. 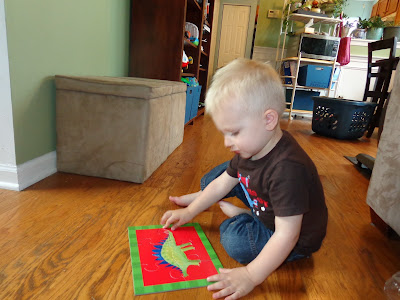 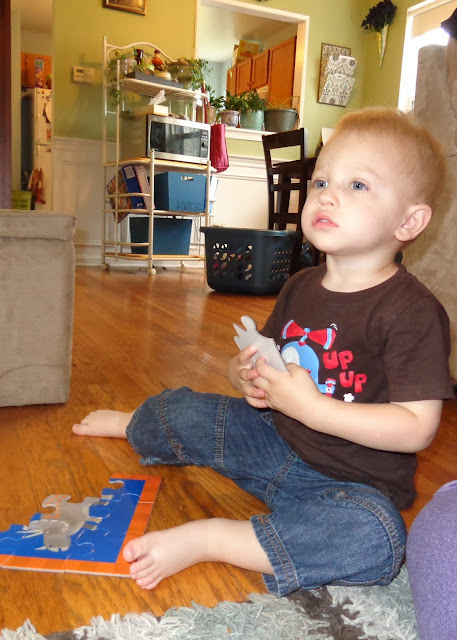 We also built towers together. Nick and Henry are pretty good architects, at least until the block throwing begins. We managed a good twenty minutes of construction, and Henry built the tower below all by himself. Grandma Toni and I encouraged and assisted. 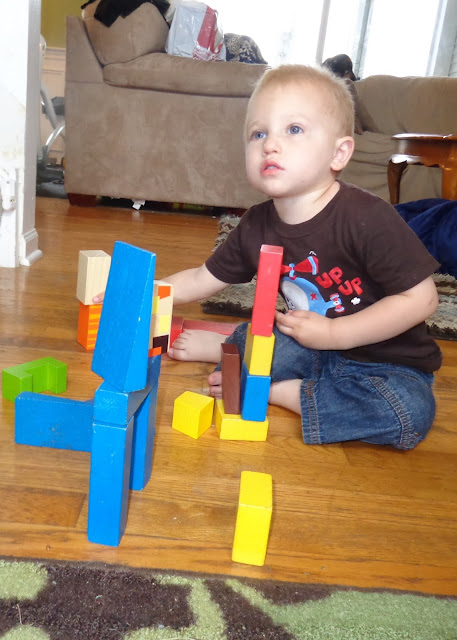 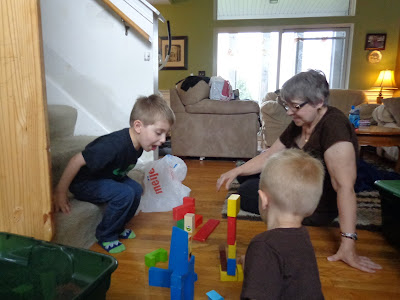 Henry also had some Ipad time with Grandma Toni while Nick and I played Cars Memory. Henry is showing Grandma all about technology. I believe they were playing Toca Boka and cooking, which they both loved. 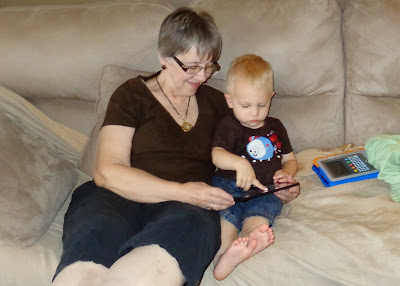 Henry's favorite part of the day, of course, was the cake. Grandma Toni picked it out especially for him, and he got really excited when I brought it out with candles. He knew it was for him and grinned the entire time we sang to him. 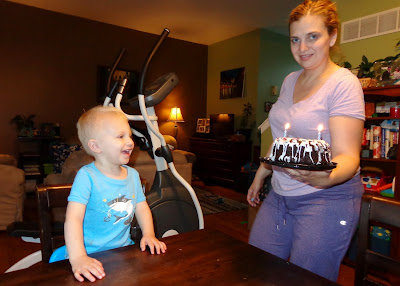 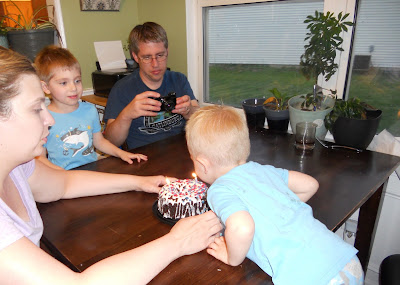 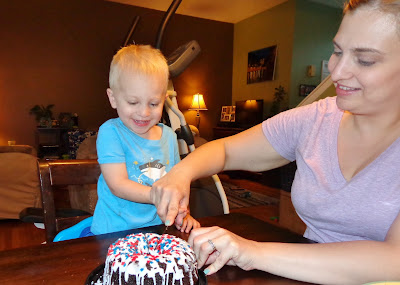 This year I had Henry help me cut the cake. He was very excited about this and wanted to help cut every piece. Then he ate a HUGE piece all by himself. 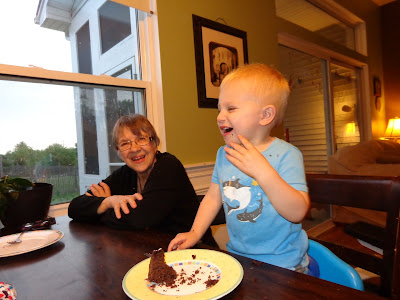 Henry has changed so much since last year. For one thing, he has hair now, though it is very light blonde and is growing in a reverse male-pattern-baldness type of way. Also, his little feet are HUGE. I went to buy the boys shoes yesterday, and I bought fisherman sandals for both boys. Nick needed a size 9, and Henry, a size 8! They are two and a half years apart and yet Henry has monster feet for such a little guy. I'm not surprised, since Henry will often eat his own breakfast, then wait until Nick is "done" eating and crawl over to the other side of the table to devour Nick's food, too. 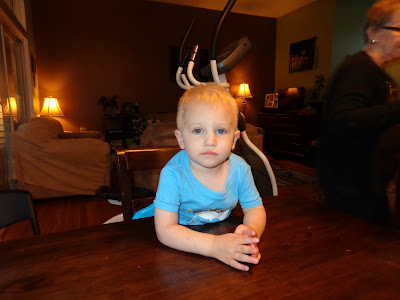 Henry's personality is very different from Nick's as well. He is more thoughtful and affectionate than Nick, and when he is by himself, he has a really long attention span. Henry will listen to long stories and sit and do puzzles with me quietly. He absolutely loves my Ipad, and will sneak it out of my purse and start playing with it if I'm not careful. 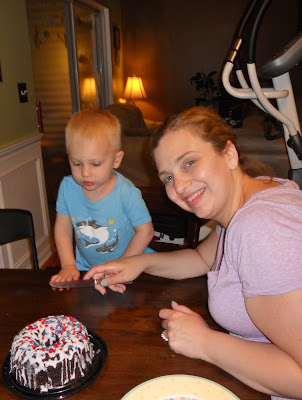