Yesterday was a beautiful day, just perfect for our Father's Day celebrations. What better way to being the day than with a delicious brunch at my all-time favorite restaurant, Meson Sabika?

I think this was one of the fanciest brunches I've ever attended, and there's nothing wrong with sangria before noon, right? Especially when you are celebrating all the great fathers in your life. I happen to live with a particularly top-notch dad: my husband Greg, of course.


We met Greg's dad and stepmom as well as Greg's sister and brother-in-law. My boys are also lucky enough to have three grandpas, so we will have two more Father's Day celebrations to look forward to in the next week or two.

It was such a relaxing breakfast. I think my favorite dishes were the fried calamari, the prime rib, and the scallops with couscous. For (grandpa) father's day gifts this year, we went with engraved beer glasses. Grandpa Jay's read simply "GRANDPA JAY." Just in case he ever forgets which drink is his, you know.  ;) 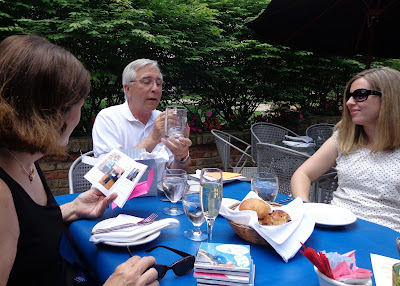 Nick's favorite part was clearly the dessert. He had profiteroles, which are yummy cream puffs filled with ice cream and dripped with chocolate sauce. 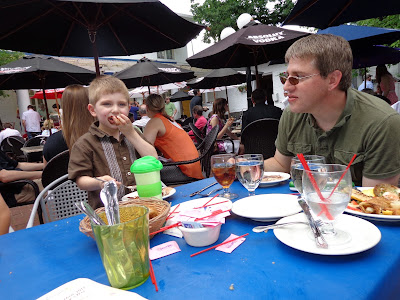 This is Greg's favorite dessert too, so it must be hereditary.

The boys were probably most excited about getting to see their newest uncle, Uncle Jay. He married their Aunt Sarah in December, and Nick and Henry get super-thrilled when they get to see him.


Uncle Jay likes to take pictures, and he has more patience than most guys. He chased the boys around the grounds when they got restless, snapping pictures all the way. 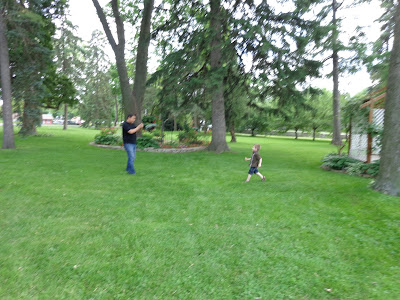 The weather was gorgeous, but we sat in the sun, which was a little much after awhile. I think that's why Henry decided to go for a dunk in the fountain.


Henry decided to go pine-cone hunting as well, after his dunk. 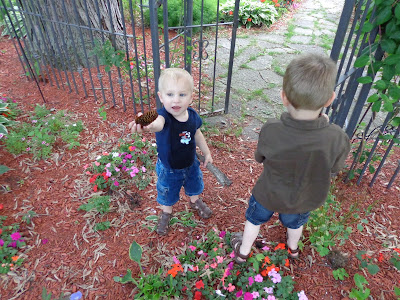 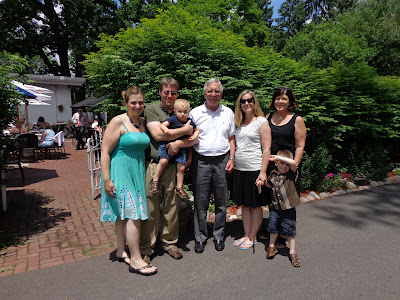 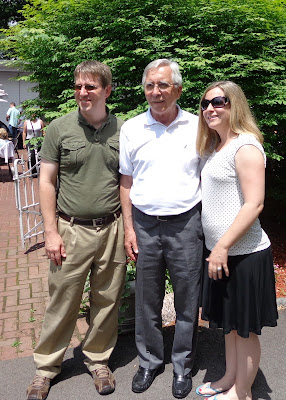 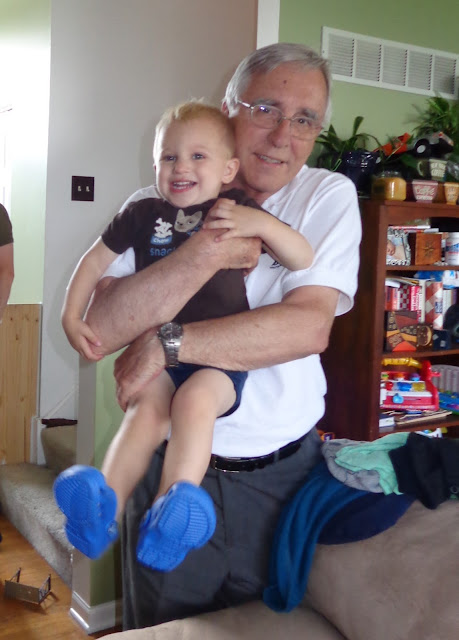