How did a minor collision lead to Nick watching "Back to the Future" three times in a two-day period? There is, indeed, a way that the dents, whiplash, car seats, and DeLorean all fit together.  I shall explain. . . 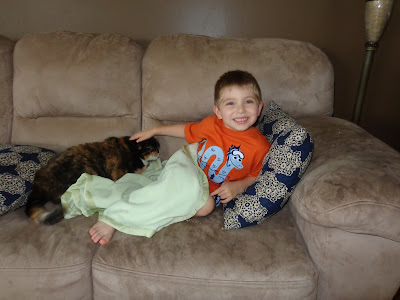 On Thursday, I was on my way home from lunch with some friends. I was alone in my car (a Sebring, not a DeLorean), stopped at a stoplight, when someone rammed into me. Actually, an SUV rammed into the car behind me, pushing it into the back of my car. My car wasn't too damaged, just some dents, though I have to get it checked to see if the frame or alignment were damaged. More frustrating than the accident was the waiting nearly two hours for the Aurora police department to show up. They never did, and the Naperville police finally came, told us we didn't have to wait for Aurora anymore, and took care of writing up the reports. So that's the part about the dents.


Ahh, on to the whiplash. It seems that I have it, though I had x-rays and nothing is hurt too badly. I kind of feel like someone rolled over my back and neck with a steamroller, but I know it could be much worse. I'll find out more at my appointment Monday. 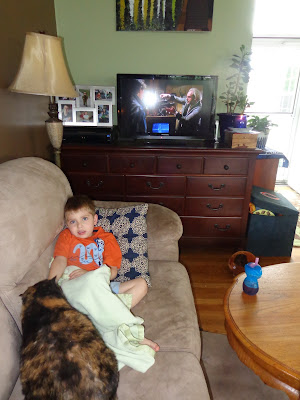 The first viewing of the 1980s classic happened simply because my neck was hurting rather badly, and I wanted to rest. Back to the Future was on our DVR, and Nick loved it almost as much as he adores petting Molly. He watched it while I spent several hours (yes, really, hours) on the phone with the insurance company, trying to figure out my next steps. 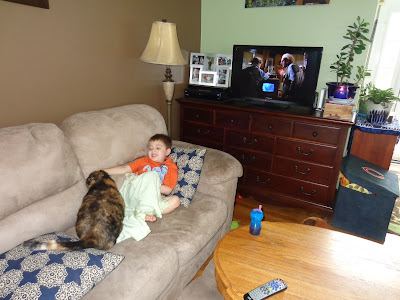 That brings us to the car seats. 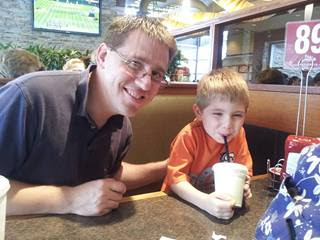 The officer who handled our accident told me that when a car with car seats is in any accident, regardless of whether the children were in the car or if there is damage, the seats must be replaced. Thank goodness the insurance picks that up. Greg and I had to go to the Buy Buy Baby to choose new car seats for the boys. We had lunch at this nice little place in Lombard called The Patio. Yum.


The car seats took up just about our entire van. I'm not sure how people transport car seats if they don't have a large vehicle. They must take them out of the box. 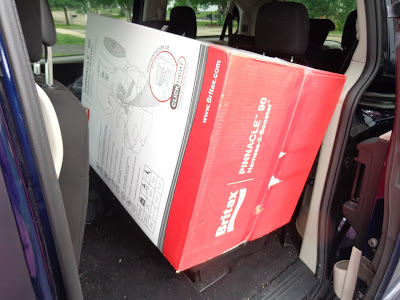 Henry was passed out by the time we got home, and I knew that if I put Nick in the room with him, he wouldn't nap. So Nick and I made a secret deal. No nap, but he had to stay on the couch. I played him Back to the Future yet again. 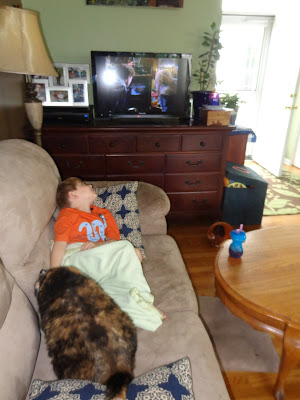 I'm going to take more Advil and hope for the best. Have a great weekend!
Posted by Melissa E. at 9:47 PM