A Pit Stop in Louisville, Kentucky

Actually, it ended up being a little more than a pit stop in Louisville. 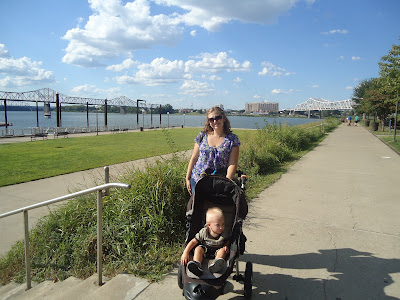 We were on our way back from Ashland, KY a few weeks ago, and we'd planned on stopping for lunch in Louisville. I used the wonders of my smartphone to look up places to go, and I found a restaurant with a view of the river. 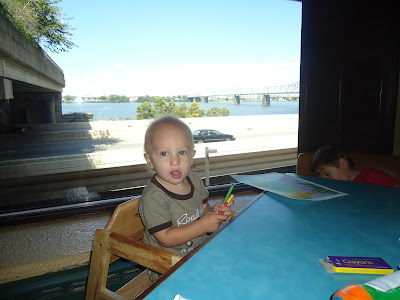 Yes, that is Nick hiding under the table. He's getting crabby sometimes about having his picture taken. In his defense, he had spent more than three hours in the car that day. 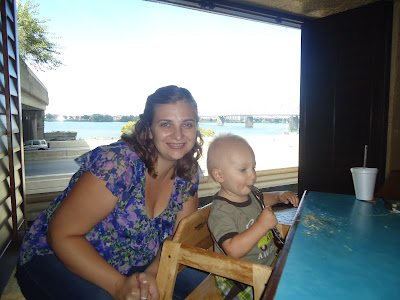 I think this restaurant had the best macaroni and cheese I've ever had. Nick ordered it off the kids' menu, but Greg and I ended up stealing much of it because it was so yummy. The restaurant was in a fancy hotel with jockey statues. Nick wasn't sure what to think. 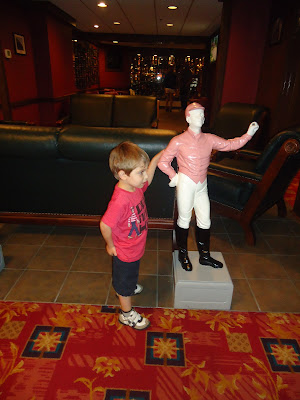 The jockey statue was about his size. I told him that a jockey is the guy who rides horses in races. He seemed somewhat impressed. Henry, not so much, though he did point repeatedly at the statue, as if to say, "What's up with the short dude?" 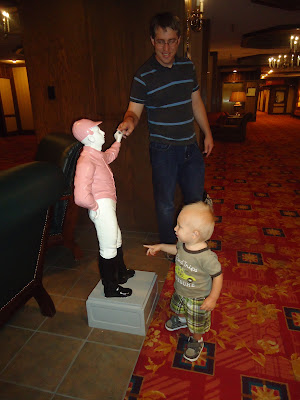 After lunch, I found (thanks again to my smartphone) that there was a park along the riverfront that had a playground for little kids. We figured an hour or so of running around would be good for kids who had been in the car for hours and would continue to be in the car until well after bedtime. 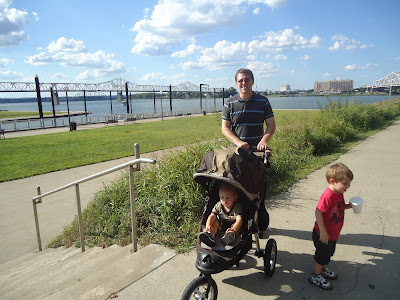 The views were great, and the actual park was well-designed. Both boys loved it. 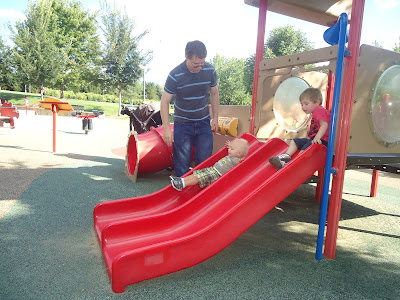 I think Louisville is a nice little city. Greg and I decided we'd like to take a trip there sometime. . . without the kids. Although the park really was beautiful. 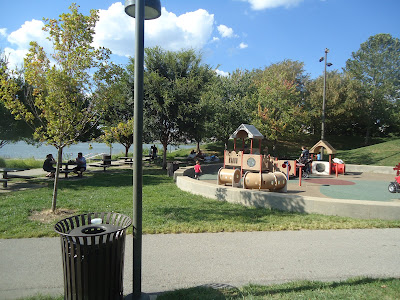 Henry is really starting to enjoy going to parks. He's not just an observer anymore! 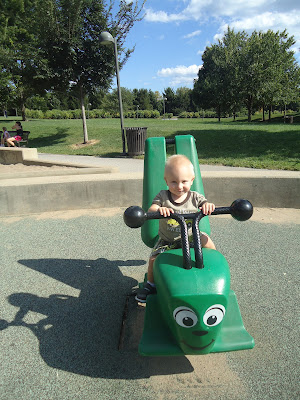 A few hours of running around at the park meant that both kids were ready to sit in the car for another five hours. Not that they had much of a choice.
Posted by Melissa E. at 9:16 PM