A few weeks ago, we had to buy Henry new car seats. He outgrew the infant car seat that fits into the bases in our cars, and although he was well within the weight limit, he was kind of squished. This meant purchasing three new convertible car seats: one for me, one for Greg, and one for Grandma Toni. 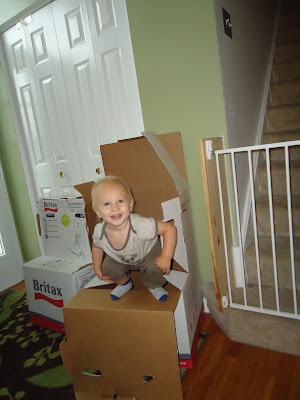 Henry seemed to like his new car seats, but what he really liked were the boxes. He spent hours climbing on, under, and inside them. Nick played with him, and they created much chaos with the boxes. 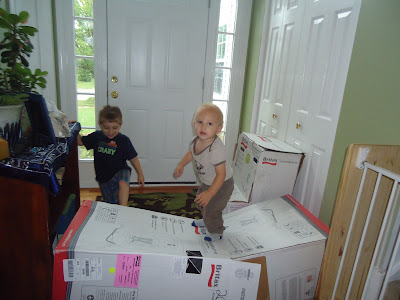 Nick has a fear of heights, but Henry has no such fears, at least as far as we can tell. I snapped this picture as I was rushing to spot him. He never did fall, though. 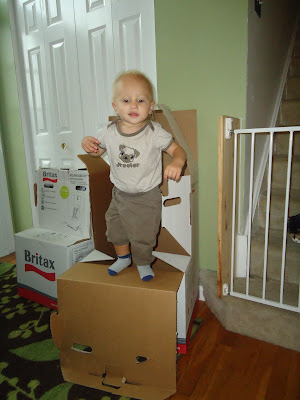 Nick kept encouraging him to climb in and on the boxes. 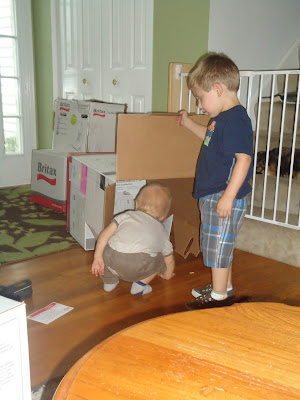 I love how my kids are more entertained by packaging material than they ever are by real toys. 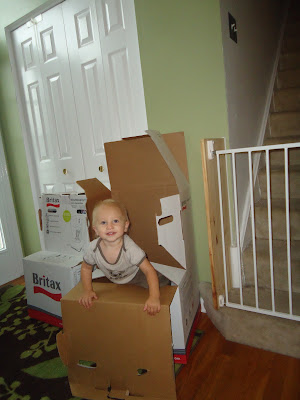