A Stroll in the Woods

I took the boys out to the forest preserve today for a little walk. We sat and had a snack outside the dog park and watched the dogs run around. Then we went back to the car for the stroller and I realized something. Greg had the stroller in the minivan. So Henry walked. 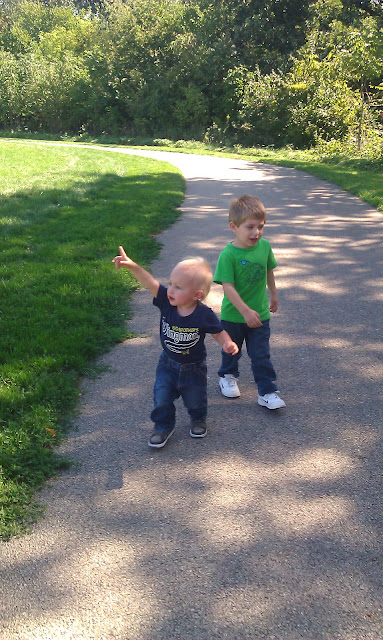 The thing about walking with little kids is that they don't necessarily like to walk in the same direction. Nick was pretty good about following the trail, but he moves at a run. He stops just before he loses sight of me, then turns around and gives me an impatient look. 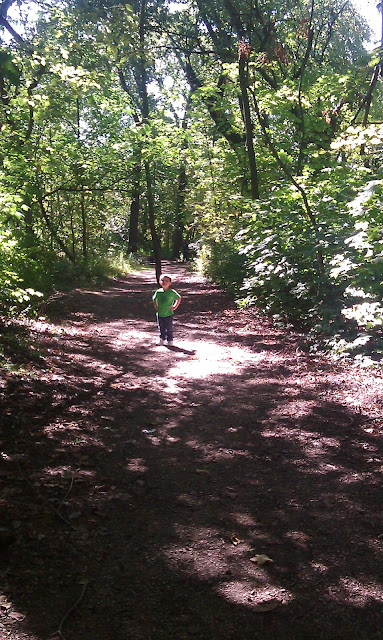 Henry, on the other hand, likes to dawdle. To be fair, his baby legs make him move rather slowly. Henry does not move in a straight line, though, and he stops every three feet or so to pick something up or point at something. Today, he would point in a different direction than our chosen path, then baby-run in that direction. I got plenty of exercise chasing him. 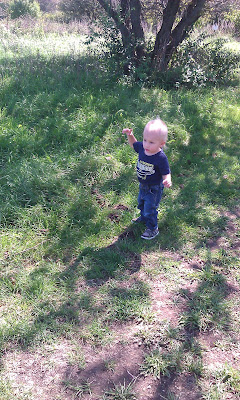 Over a little more than an hour, we walked probably a mile or so. I had to carry Henry some of the time, though, because of his tired little baby legs. Henry has started this annoying habit lately: he reaches around my arm and pinches the flab under my arm while I'm carrying him. It hurts dreadfully, but he thinks it is funny.  he was grinning when I started to take this picture, but by the time I snapped it, he had this cross look on his Henry face. 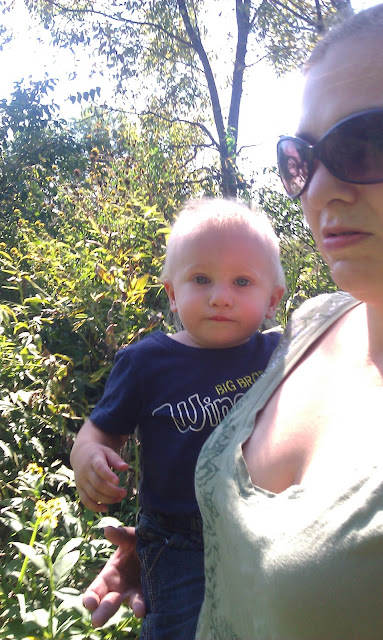 Nick adores being outside, and I let him chose which path we would take. The only problem was that I kept getting distracted by Henry leaving, and pretty soon I lost track of where we were. We stopped at this big tree so I could download a compass app on my phone. 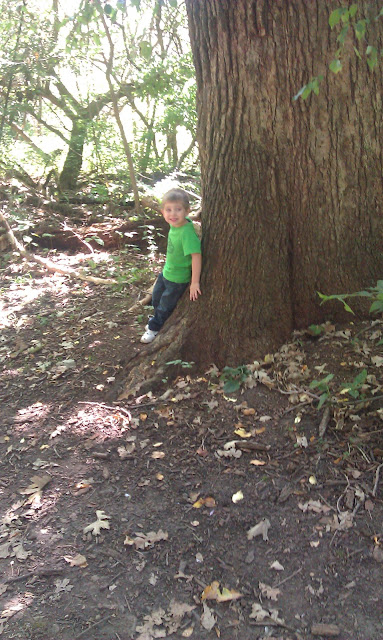 I figured out where north was, but that didn't really help me once I realized that I didn't know which direction I wanted to point. I was guessing either northwest or west. Thankfully I didn't have to rely on my phone, because right about then a nice couple walked by and I was able to ask for help. I'm trying to teach Nick that it's okay to ask for directions. Hopefully he'll be an enlightened male when he grows up. They told me which direction to go, and we returned safely to the car. 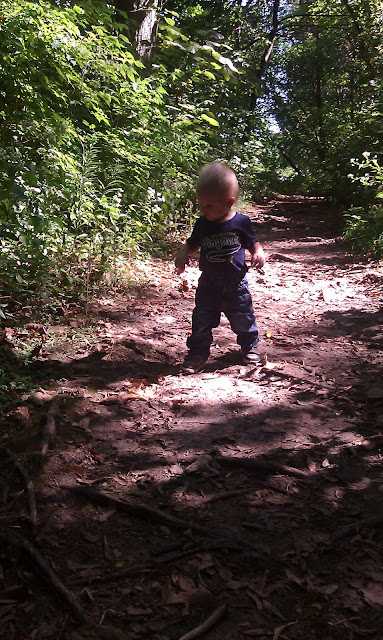 Nick says he wants to go to the forest again soon, and take a different path. I'm going to get a map first.
Posted by Melissa E. at 8:51 PM