A Sleepover in Kentucky

After leaving West Virginia, we headed back to Ashland, Kentucky, to put the kids to bed. The adults stayed up late chatting and drinking wine, and somehow I ended up sleeping late. When I woke up, Greg said Nick was "playing outside." I'm not used to kids being able to play unattended. It was a nice feeling. When I peeked out the door, this is what I saw. 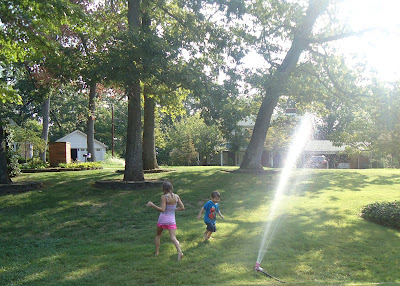 That's a hose, not a sprinkler. I guess they were messing around with it, and one thing led to another, and pretty soon they were both soaked. Oh, and in the photo below, Henry is holding a can of sprinkles he stole from a cabinet. 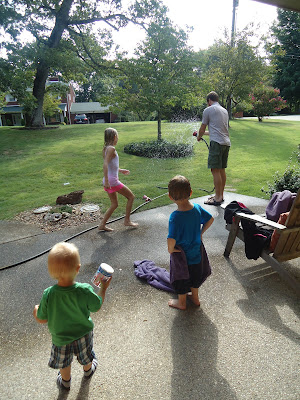 Nick loved having other kids to play with. Henry did, too, though he tried to pull hair (on both the girls and the dog). 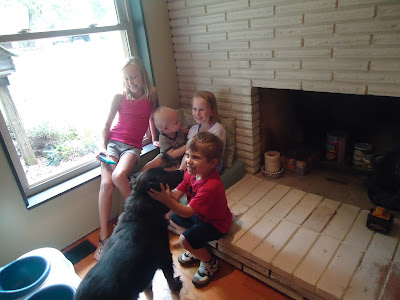 I had a major case of refrigerator envy. Look at the size of the fridge behind them. Yes, the kid is cute, and the husband ain't too bad, either. But be still, my heart. That refrigerator! Greg, if you are reading this, I'd like one of those for Christmas! 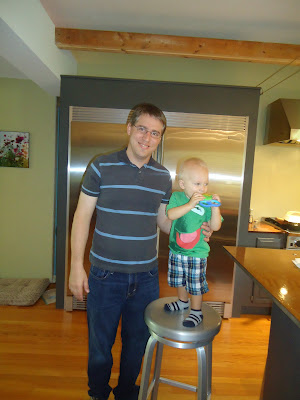 Pancakes were had by all, and they were mighty tasty. 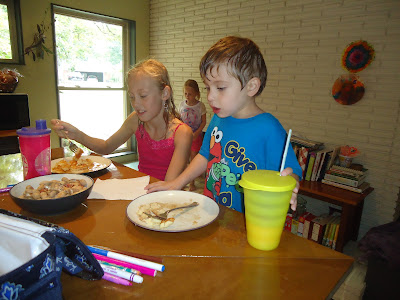 Henry attempted to help clean up, but I don't think he was much help. 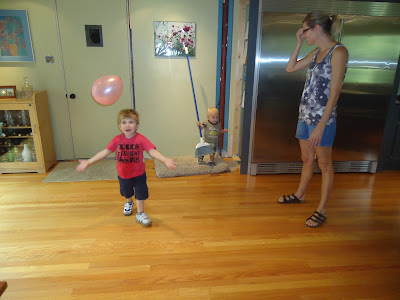 Nick loved playing with all of the little girl toys. My son is an enlightened guy who likes pretending to cook and drive Barbie around town. Of course, he also found a snorkel and instantly turned it into a machine gun. Henry, on the other hand, always impresses people with how quickly he can absolutely trash a room. He found this nice little art table and created this mess in about four seconds. 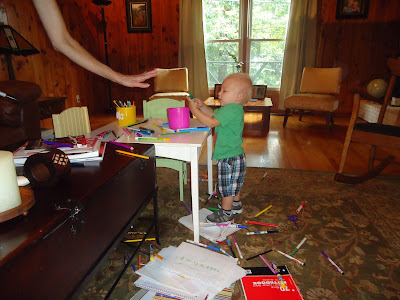 This was a really fun visit, and I'm thinking we're going to have to get together with Greg's friends more often. It was worth the drive. Neither boy wanted to leave, though they were excited to get into the new minivan. Well, Nick was excited. Henry was stuck in the wayback. That's another story, though. 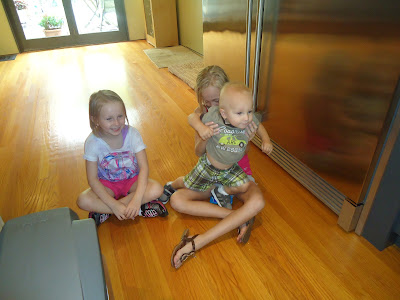