My son has been my sous chef since he was two years old. He's helped me make all kinds of things, though baking is our specialty, and he is getting slightly better at following directions. So, when I saw a Groupon come up for cooking classes for preschoolers, I clicked the little green "BUY" button right away. 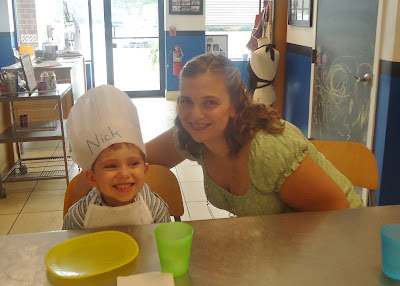 Our lesson was at A Kid's Kitchen in Naperville, and for $55, we bought a series of three one-hour lessons for a 3-5 year old plus an adult. Nick also got an apron and a chef's hat. We had our first class last Sunday, and I would consider it a resounding success. There was only one other team there, so it was almost a private lesson. 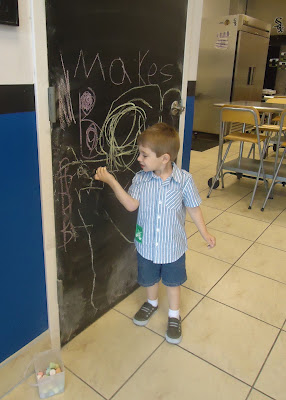 We arrived a little early, and this place is made for kids, so our chef had a chalkboard door ready for Nick to decorate. Then it was time to put on his new apron and hat. 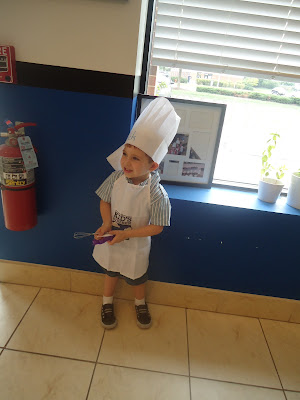 Our recipe was rugalach, which is a cream-cheese and butter-based cookie sprinkled with cinnamon sugar. Our instructor had the dough ready for Nick to roll out. 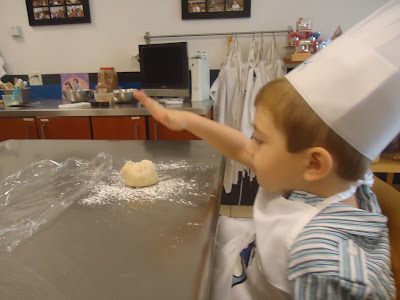 She had a great idea--put plastic wrap over the dough before rolling it out. It makes less mess that way. Nick used a french rolling pin. He listened to our chef's directions and tried his best. I was really proud of him. I only had to help a little. 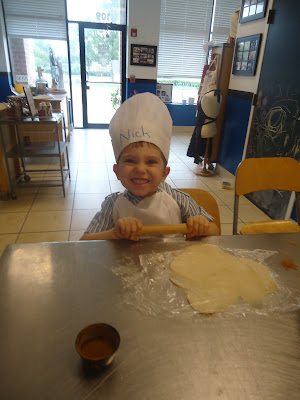 In fact, Nick was able to do pretty much every step on his own. I think this recipe was very well-thought out,  and perfect for little kids. Nick loved painting the melted butter onto the rolled-out dough. 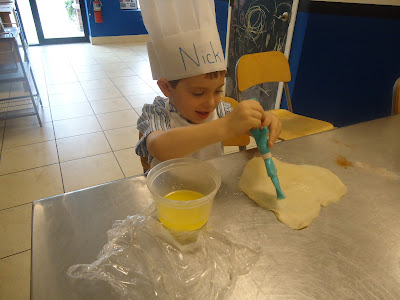 Nick counted out five teaspoons of sugar and stirred it into the cinnamon, all on his own. Then he sprinkled it on the dough and (with my help) used a pizza cutter to cut the dough into triangles. 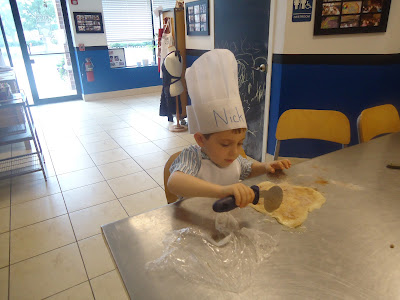 The trickiest part was rolling up the triangles. 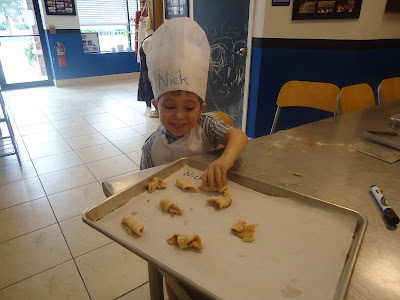 The best part? . . . tasting the rugalach. Nick and I loved going to this class, and he's been asking me all week when we go again. Our next class is tomorrow morning.  I hear we're making an apple gallete.  :)