There comes a time in every man's life when what worked before just doesn't cut it anymore. When a man reaches this very special stage in his life, change is necessary. 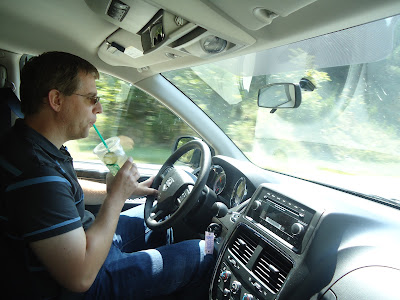 That time arrived for Greg last week. His 2003 Taurus bit the dust after 140,000 miles, so the search began for a new vehicle. Greg's Uncle Todd from Dayton, Ohio, knows several people who own auto dealerships, and he found a great deal for us. Our only real requirement was that whatever kind of vehicle we got had to have a third row seat and more storage. 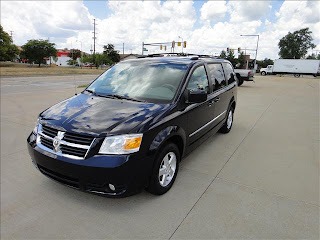 Uncle Todd found us a 2012 Dodge Grand Caravan. Yup. A minivan. Though I read some reviews on this one, and the masculine styling led it to be called a "man van." Does that make it cooler to be driving a minivan? Nick sure thinks so. 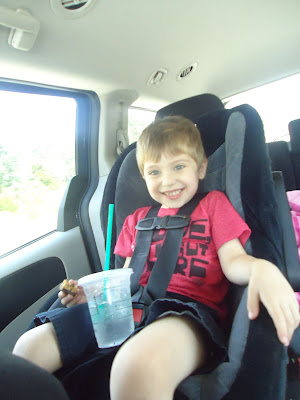 It doesn't have a lot of the super-fancy features, but it is really comfortable and gets the same gas mileage as my Chrysler Sebring. I think that's pretty good for a van that can carry seven people or four people plus all of their junk!

We drove to Dayton in Greg's old car, which was leaking three or four different fluids. The mechanic said it was safe to drive, though, so long as we periodically had the fluids topped off. Apparently, people drive cars like that for years and just keep topping off the fluids. I can tell you that once we ditched Greg's car (Uncle Todd sold it) and put our things in the minivan, traveling suddenly became much easier. More comfortable, too. 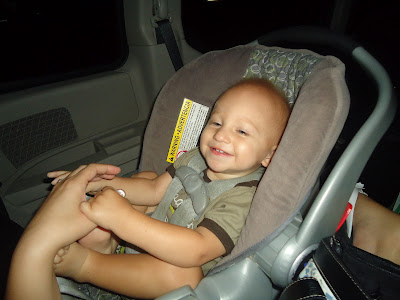 We spent over eight hours in the Taurus last Thursday, driving through a seemingly endless a rainstorm on the way to Dayton to buy the minivan. The boys kept whacking one another and stealing toys on the way down. On the way back to Illinois, though, Nick was in the second row and Henry was in the third row, or "wayback." This cut down on most of the bickering and both boys slept more.

Tomorrow I'll write more about our four day trip, which was kind of a whirlwind tour of Indiana, Ohio, Kentucky, and West Virginia.We arrived home last Sunday night after 11 p.m. School for me started Monday morning.