Following is the stunning conclusion of our 2012 Iowa vacation. I know my readers have been breathlessly awaiting this final post (all 6 of you) so here it goes:

Our final day in Iowa was actually one of the best, and all because of this awesome beach with real sand. (Nick asked if the sand was real, and I wasn't sure what to say. Can sand be fake?) 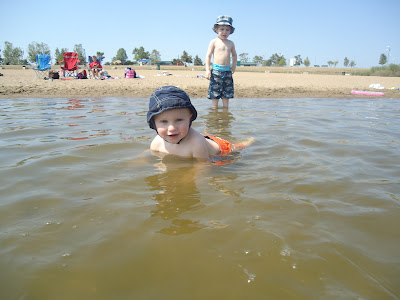 There were lots of little fish swimming in this water, and Henry was trying to catch them in this picture. We all tried at one point, since the fish were so close, but no one actually caught a fish, at least not that I saw. 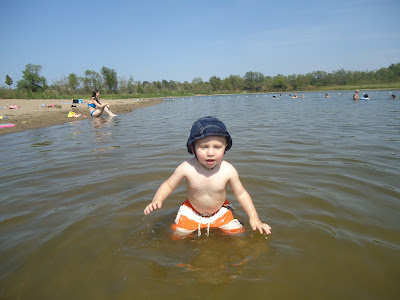 Henry saw all of the big kids swimming and wanted to join in, but his methods left something to be desired. He would walk towards the deep end and randomly throw himself in face-first. I would immediately grab him, and he'd come up sputtering and laughing. I'm not sure why this was funny to him and not terrifying, but it sure made his day. Henry did this dozens of times while we were at this beach. 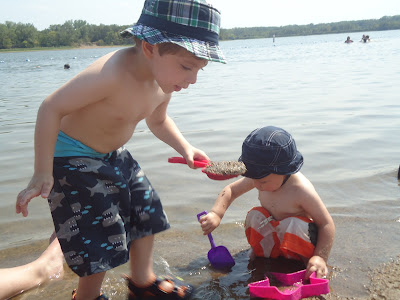 The sand was Henry's favorite part, and he kept picking it up and letting it run through his fingers. He also dumped quite a bit of it down my suit. 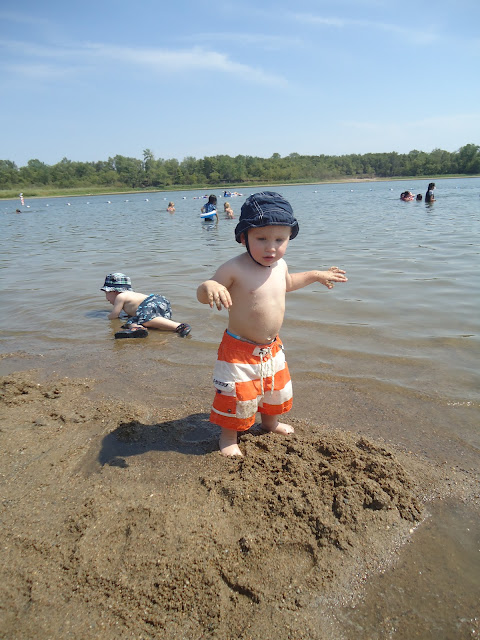 When I (finally) washed my bathing suit after arriving back home in Illinois, there was an entire pile of sand in the bottom of the dryer. Thanks, Henry. 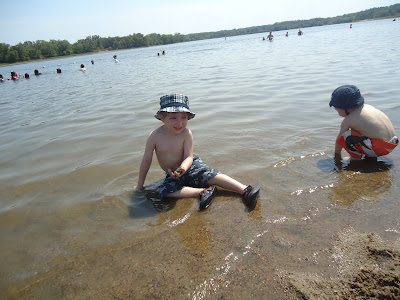 Nick loved the beach. He played and played and likely would've moved there permanently if we would have let him. He's more reticent about the water lately, though. A few weeks ago he slipped in some chest-deep water (chest-deep for him) and a lifeguard came in and grabbed him. But he was under for a few seconds, and got really scared. Since then, Nick has been hesitant to go into water any deeper than his waist. He outright refuses to go into deeper water, even if he's holding on to me. (Thus the bruises at the water park.) I'll need to sign him up for swim lessons sometime this year, but for now, his fear actually made it easier to watch the two of them in the water. I knew Nick wouldn't go in farther than his waist, and that made it easier to watch my little daredevil Henry, who hasn't learned the meaning of fear yet. 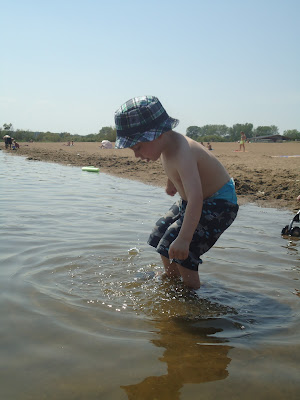 It has been years since I went to an ocean beach (2005, I believe), and going to this little river beach reminded me of beaches I've been to on the Gulf Coast of Florida. Something about the warm water and the sand just makes me relaxed. I still want to go to an ocean beach, but for now, this was a pretty darned good substitute. (If Greg is reading this, please take me to Puerto Rico or other some such ASAP. Winter break would be nice. . . ) 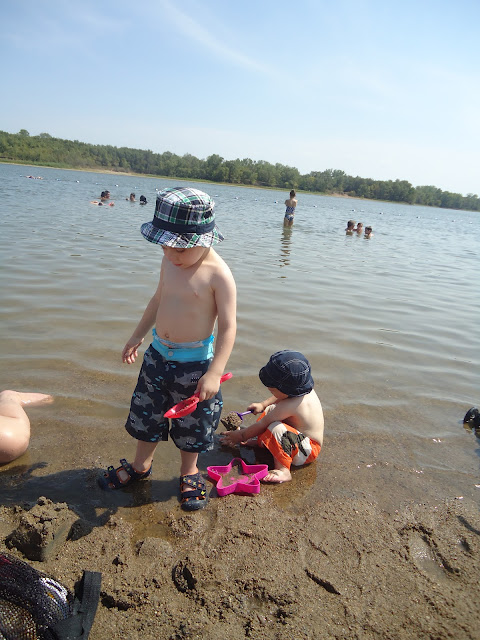 Although this looks like a lake, apparently it's called Raccoon River and is a very popular beach in West Des Moines. Due to the extremely hot summer, the water was as warm as bathwater, though it was cooler when I swam into the deeper water.


So there I was, trying to take video of my boys playing in the river, when Henry decided to drink the river and I nearly dropped the camera. The camera and Henry are both okay, though I doubt that was the only time he drank the water. (Yuck!) 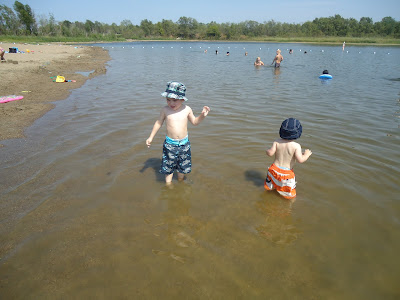 Doesn't Nick look like a swimsuit model posed just so in this picture? Besides the swim diaper sticking out of his swimsuit, I thought it was quite a nice shot. 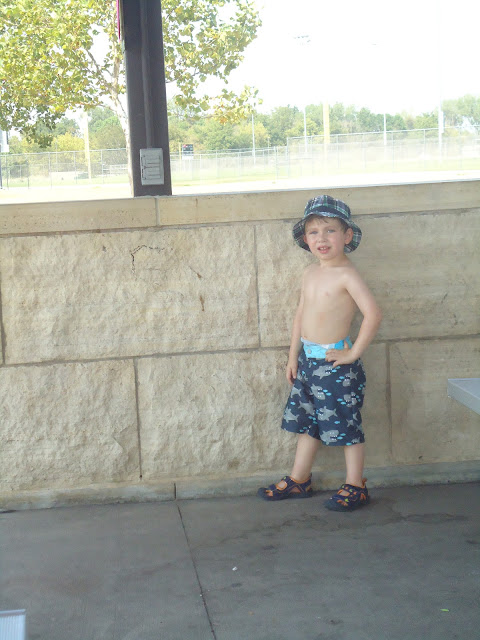 So, in a few weeks, when I make my students write about their summer vacations, I can be fair and show them these posts. Many of my students visit really cool and exotic places, but I'm sure they'll be impressed that I was, ahem, verbose enough to write about Iowa in such intimate detail.

Nick asked this morning, as we were driving up to Naperville for Veggie Fest, "Mommy, are we going to Iowa today?" I'm thinking he hasn't quite got the idea of geography down. Either that, or he was afraid I'd keep him in the car for five hours again.  :)
Posted by Melissa E. at 8:20 PM