In case you missed the first two blogs about my Iowa trip, here they are:
Part I
Part II

Before we left the hotel, we took some time to visit the little arcade. Neither one of my boys has ever been to one, and Nick was very excited. 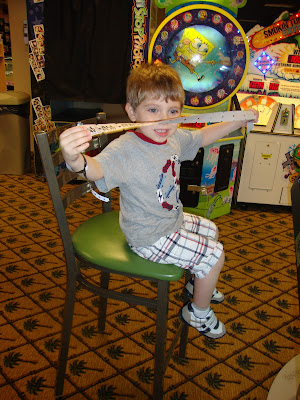 The games fascinated him, but I don't think he understands the concept of money yet. He loved trading his tickets in for Tootsie Rolls, though. Candy, he understands. His older friend (a big Kindergartener this year) had to explain how to play most of the games. 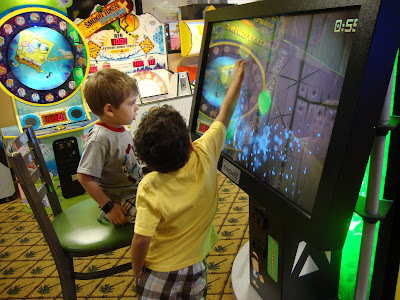 Henry did not wait for instructions or rules or any of that nonsense. He wanted to play Skee-ball, and so he walked, he climbed, he conquered. Henry would've climbed the gate on top if we hadn't stopped him. 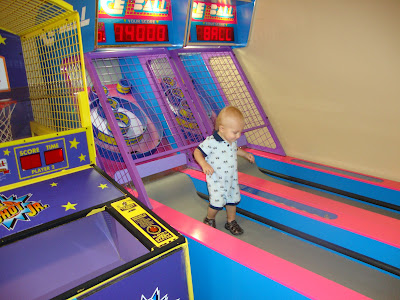 Henry's not the type of boy who appreciates rules. He does, however, enjoy motorcycles. 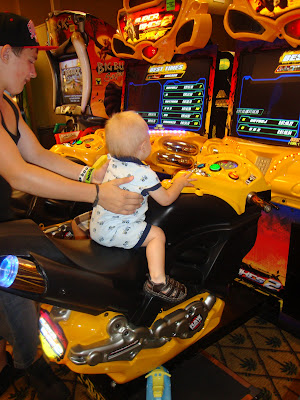 We had a great time at the Ramada Tropics in Des Moines, Iowa, and Nick has asked me twice since then, "Are we going to the pirate ship again today?" I just laughed and told him, "Another time, Nick. Not today." 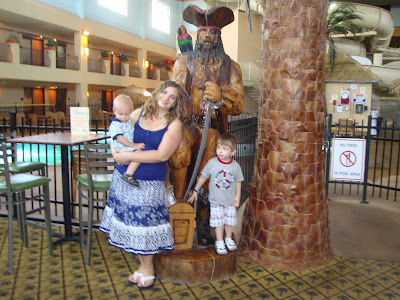 Nick's favorite part of the trip, I think, was having another little boy to play with. Nick thinks Henry is not always the best playmate. Henry does tend to pull hair, bite, and drool on everything, so I can understand why Nick gets excited when "big boys" play with him.  :)  What a fun trip. 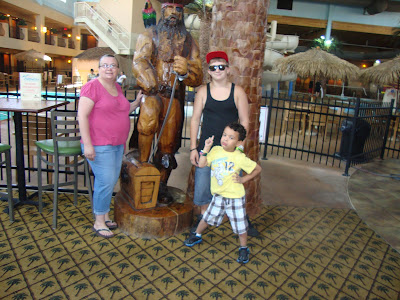