Summer Vacation 2013: Henry and I Explore Mammoth Cave National Park (at the pace of a two-year-old)

When we woke up that first morning at Mammoth Cave, Nick was ecstatic about going on the Historic Tour of Mammoth Cave. This tour, however, was two hours long and two miles of walking, so we decided that I would stay back with Henry. We had our own fun, though.  :) 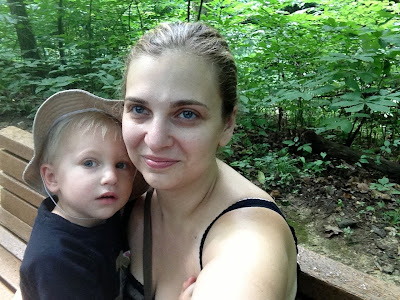 I decided that Henry and I would walk down to the natural entrance and maybe do a little hiking, two-year-old style. It was pretty humid, though only in the 80s, and I figured the exercise and nature would be good for us.


Walking with a two-year-old is not exactly a straight line from point A to point B.

There are many detours, whether for a leaf sighting (Henry found many), a caterpillar, or even to climb a wall. It's kind of like: step, step, stoop down to see a leaf. Step, step, oh, look, there's a bug up there! Step, step, I want you to carry me. Step, step, pick up a handful of gravel and throw it in the air. 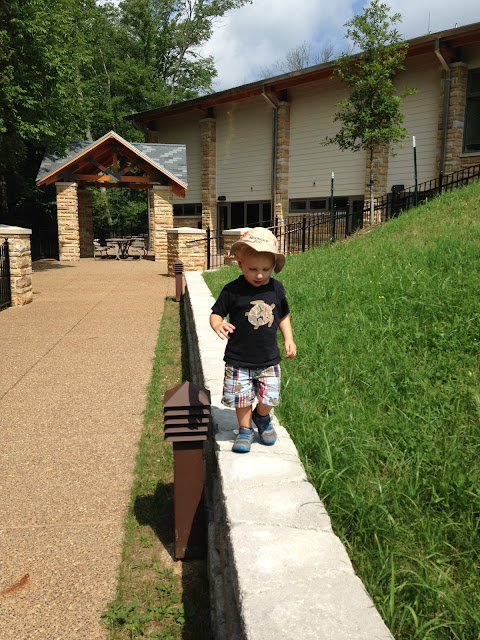 I believe he was squishing a caterpillar here. I talked to him about not hurting bugs, but he just laughed.


When we finally got down to the cave entrance, Henry wanted to climb down the stairs. 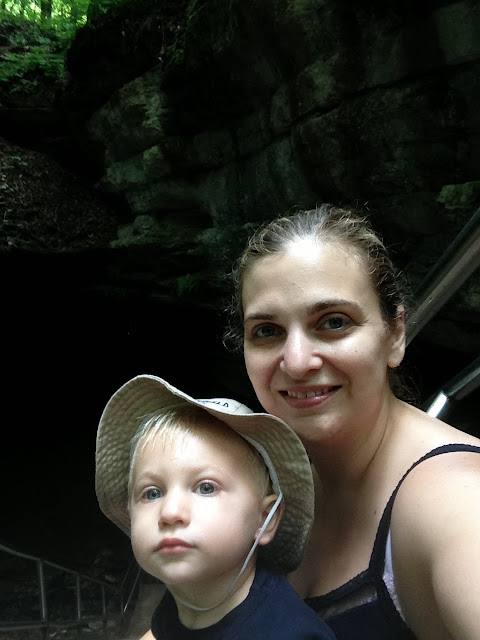 I went below him to take pictures, just in case he fell. Henry didn't like using the railings the proper way. He loved the cool breeze coming from the cave and the moss growing on all of the rocks. 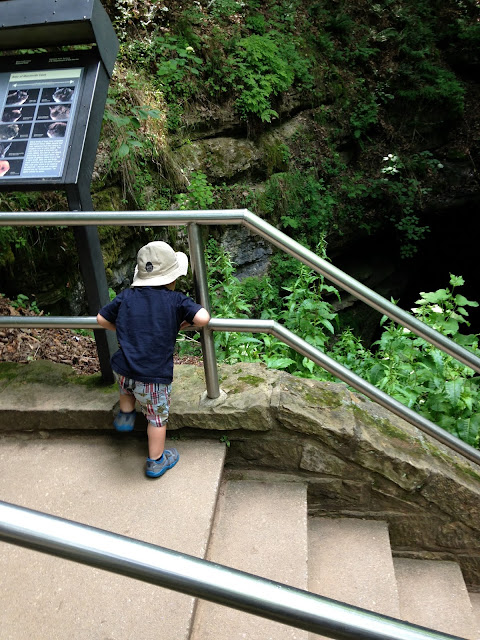 There were so many interesting plants growing around the stairs by the main entrance. 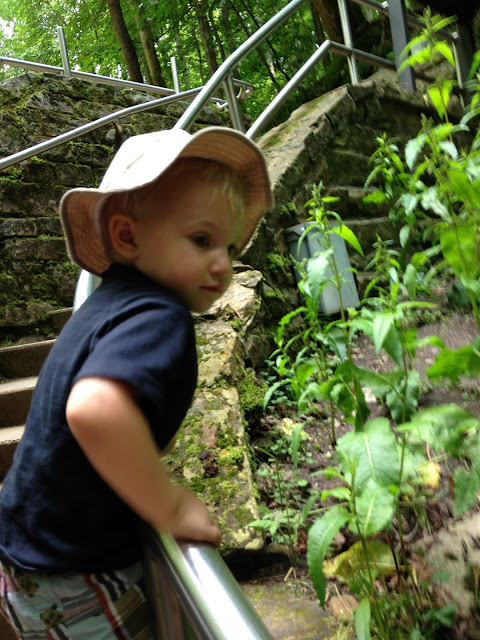 The cave itself is awe-inspiring, especially when you think about how long that entrance has been there, and how many people have gone through it. 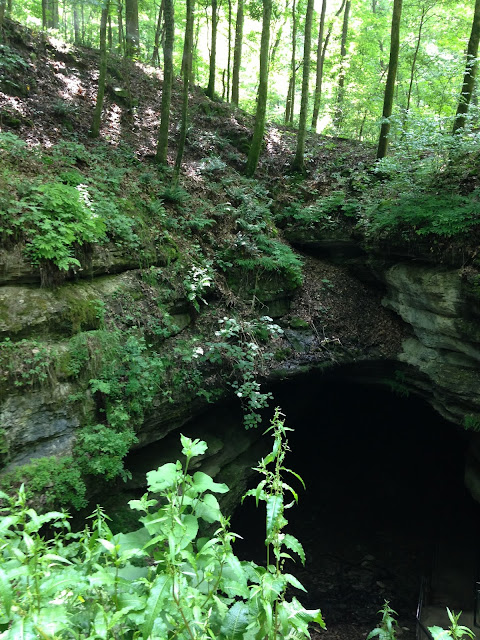 We didn't go into the cave, just checked it out from the stairs. Henry even hugged the cave. 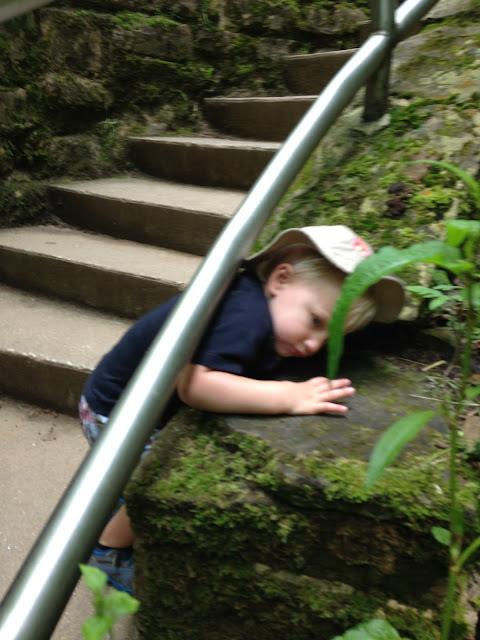 After our cave explorations, we climbed the stairs and I saw a sign that said there was an interesting waterfall 0.4 miles ahead. "No problem!" I thought. We can walk that far! Boy, was I wrong. 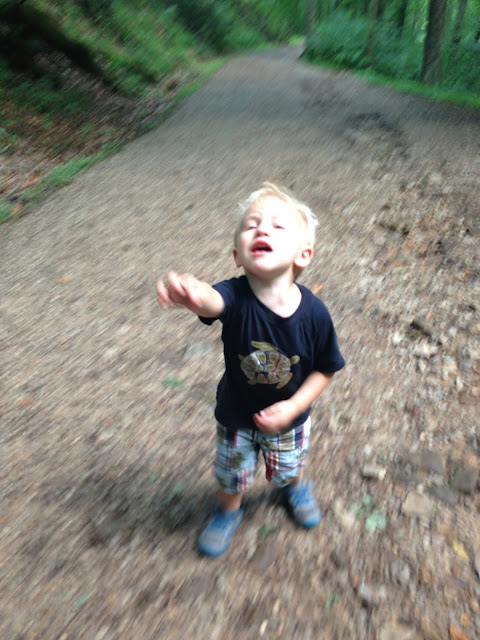 Henry was tired by this point, and wanted me to carry him. This is the sad face I got as we trudged along. After a certain point, I realized that I was going to have to carry him back, and that we'd better not go any farther. This was the point I realized Henry was too tired.

The rest of our walk consisted of me carrying Henry and switching him from hip to hip. I was in a car accident a few weeks ago, and my neck and back having been bothering me ever since. Carrying a 25 pound toddler over a mile (back up the trail to the cave, then uphill to the Visitor's Center, then across to our hotel) was quite the workout.