Summer Vacation 2013: Riverboat Cruise on The Spirit of Jefferson

Our last vacation activity was a riverboat cruise on The Spirit of Jefferson. We wanted to do something fairly relaxing, since we were going to spend the whole afternoon and evening in the car, driving back home. A nice cruise along the river seemed appropriate. 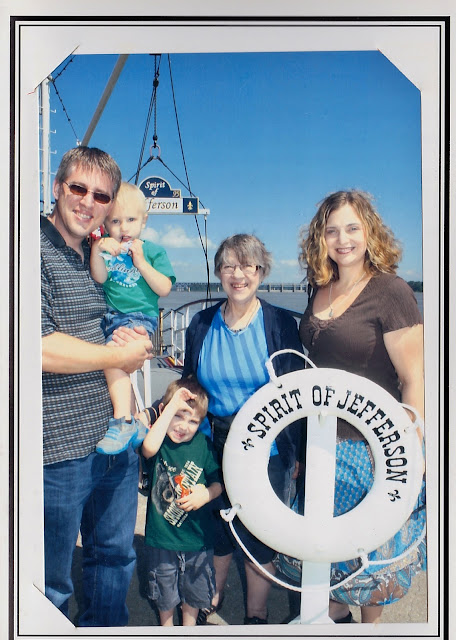 Nick was kind of upset that we checked out of our hotel room. He wanted to live at The Galt Hotel forever. A boat ride was some consolation, however. The photographer even let him wear the life preserver. 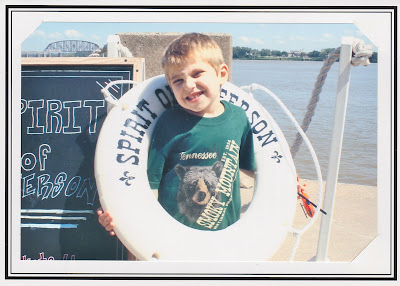 Right after this picture was taken, the photographer accidentally bumped Nick's lip against his tooth as she pulled the life preserver back over his head. It was mostly his fault, 'cause he was wiggling around so much. She felt really bad and gave Nick a plastic toy, which his clasped for dear life all day. 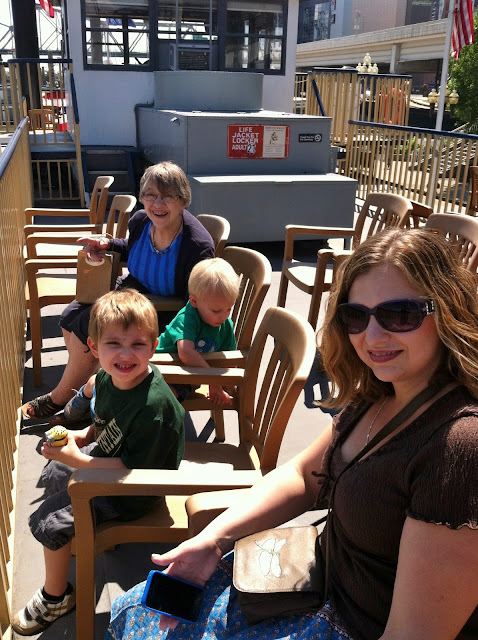 We found seats at the top level, where we could enjoy the sunshine and views from both sides of the boat. 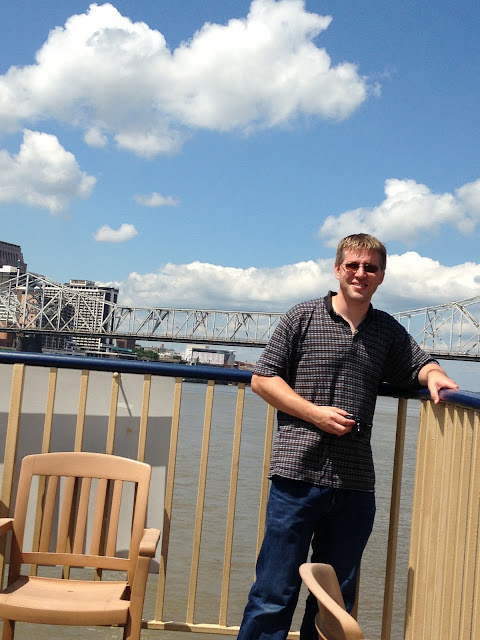 The day was gorgeous and the trip was relaxing, mostly because the railings were far too tall for the boys to crawl over. 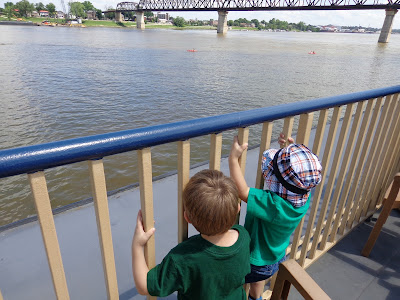 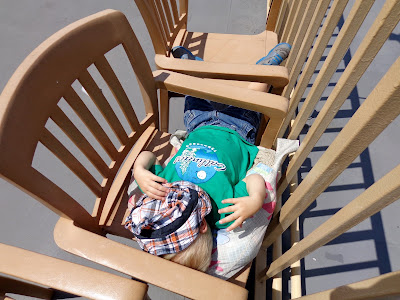 I've been really enjoying taking pictures on this trip. I often find that my iphone 5 takes better pictures than any of the digital cameras we use. The lighting was just about perfect for any camera on this trip, though! 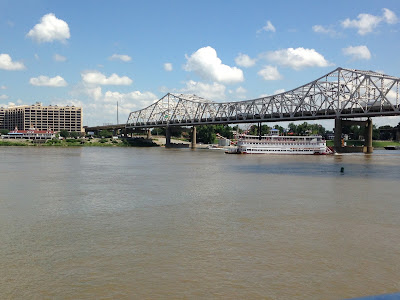 This skyline isn't quite as pretty as Chicago's, but for a small city, Louisville is beautiful. 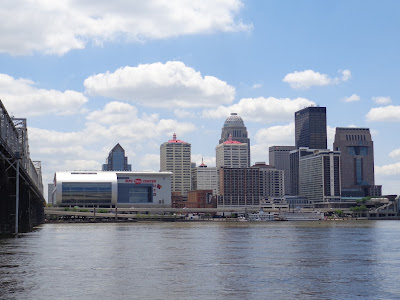 There was also some dancing involved on this trip. The lower floor had a DJ, and the speakers came up to our level.

Henry wouldn't dance on camera, though. Neither would Greg.  ;) 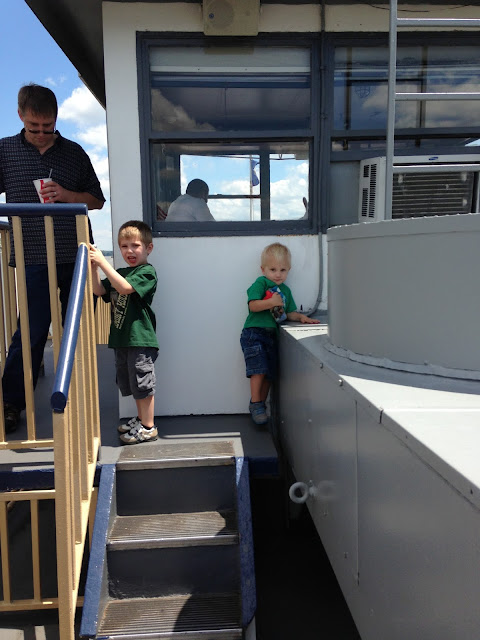 They were celebrating the birthday of the riverboat, so we had some free cupcakes. I let Nick pick his own, since he makes less of a mess.

I chose Henry's cupcake for him, and I went for the white frosting. Can you see why? 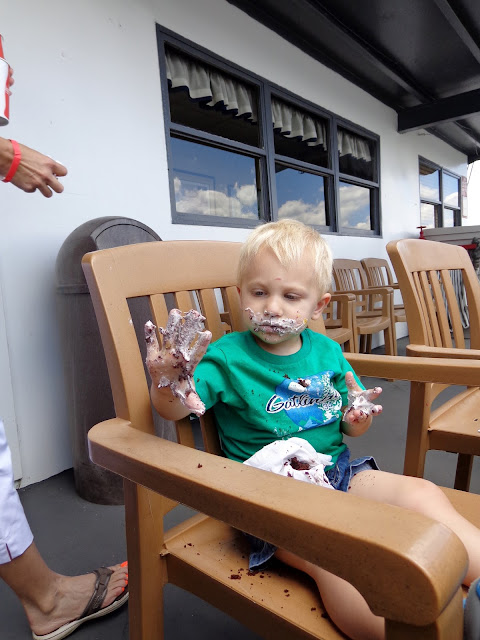 I kept trying to get Henry to wear his cute hat. It only worked sometimes. 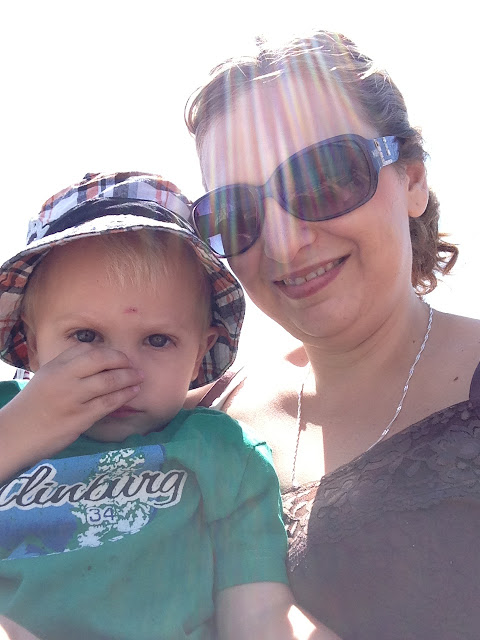 I ended up a tiny bit sunburned because I only put sunscreen on the kids. It was my own fault. I was too busy enjoying the sights. 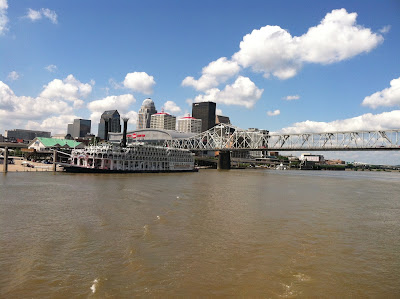 What a great end to our stop in Louisville! 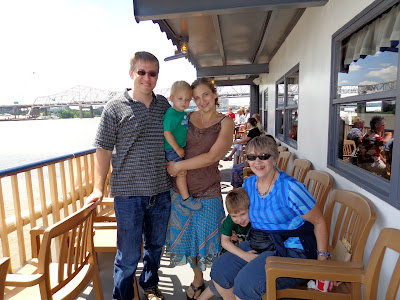 P.S. Here's my Yelp Review of this cruise.