I went back to work today, and had a long, tiring day of meetings, sweating, and the excitement that comes with a new school year. I just put the boys down after nearly an hour of story time. It's funny, but I feel more motivated to focus on my time with them when I'm at work all day. Nick has been enjoying school thus far, and he's been excited since his meet and greet day last week.


He really likes his new classroom, and so far we've been getting good reports and a cheerful Nick when he gets home from school. He has a new classroom at the same preschool this year, and the fresh start seems to be good for him. 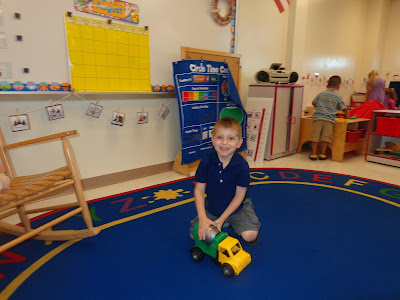 I'm a teacher, and back-to-school season is always a little exciting for me. 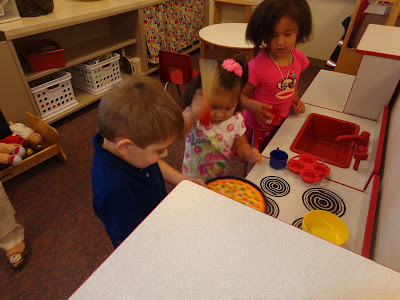 These two preschool years for Nick, Grandma Toni has watched Henry so Greg and I could both be there for Nick's meet and greet. 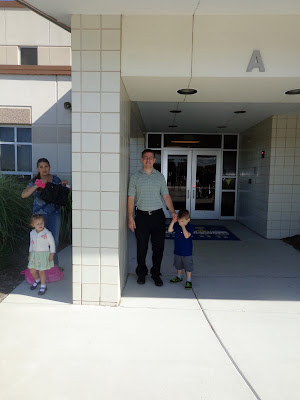 His new classroom has a dress up center! 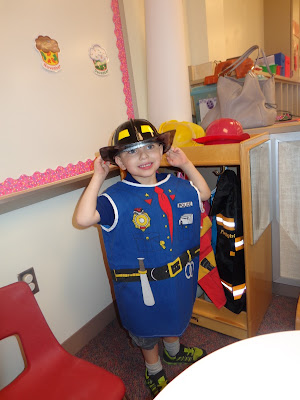 I could only get Nick to take this picture with sunglasses on, but I'm glad I snapped it before he turned away. This will be Nick's last year of preschool. Next year, Nick will be in Kindergarten, and Henry will go to preschool. I can hardly believe it. 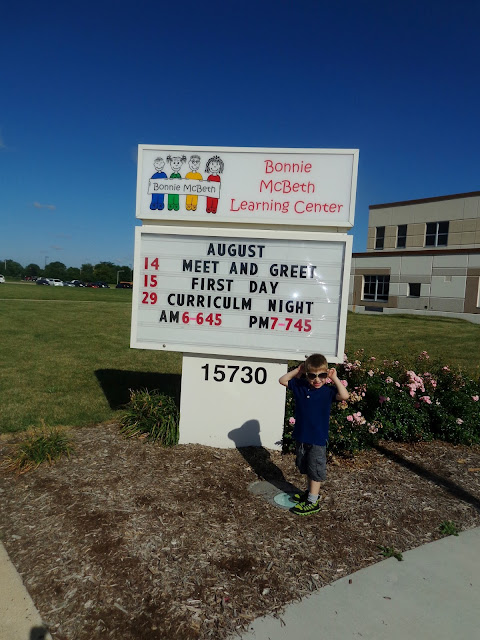 Nick and I also had a trip by ourselves for school supplies. I tried to make this a special outing for us. I let Nick pick out his own folder. I did not, however, buy the guitar, though I let him play it for a bit. 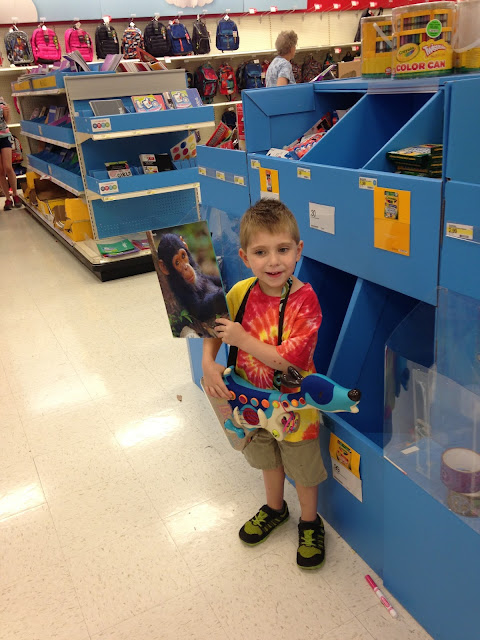 We even stopped for a frappucino and a cookie afterwards at the bookstore. We also picked out a few new books to read together. 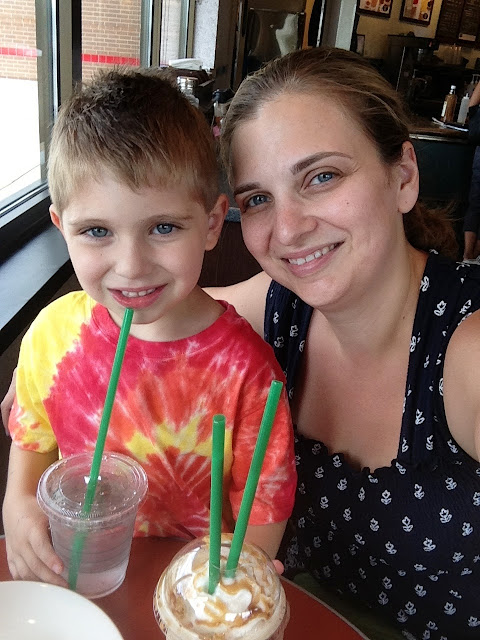 When the time came for Nick to get on the bus, he was vibrating with excitement. I made him stand in front of our door just like last year. See the difference in pictures?


Maybe next year, when Henry gets on the early bus, I should have Nick stand in the window with an angry look on his face.  Right after I snapped this picture, we had both boys come out onto the lawn to wait for the bus. Nick danced around in his new school shoes, which he picked out. (Sketchers with flashing lights.) He also chose his own shirt, a neon-yellow number depicting a robot destroying buildings. Nick was only mildly disappointed that Penguidy couldn't ride to school with him. Penguins, you see, aren't allowed on the bus. 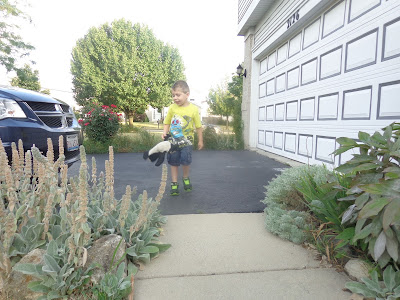 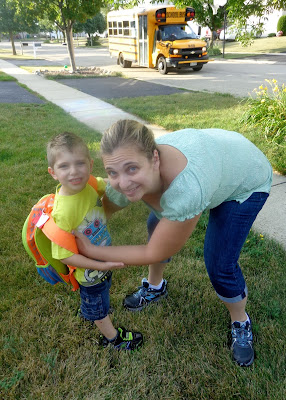 Nick happily climbed onto the bus. He really is maturing. Lately we've had some interesting, strangely deep conversations about things like time-travel, the composition of concrete, death, and why some things glow in the dark. 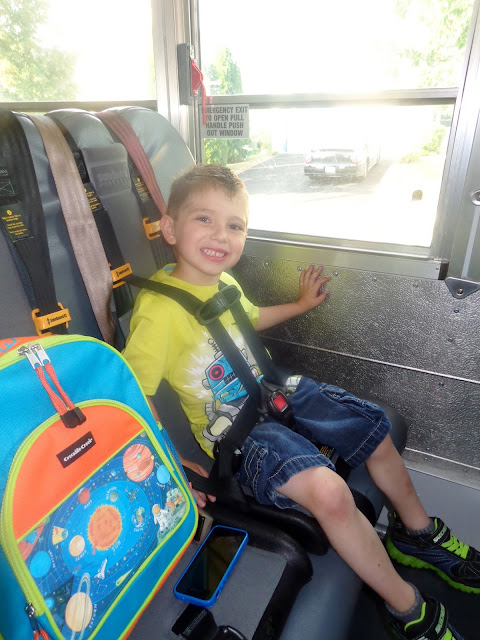 He also threw a fit tonight about why I gave him blueberries instead of blackberries, though, so the maturity is an uneven kind of growth.
Posted by Melissa E. at 9:04 PM