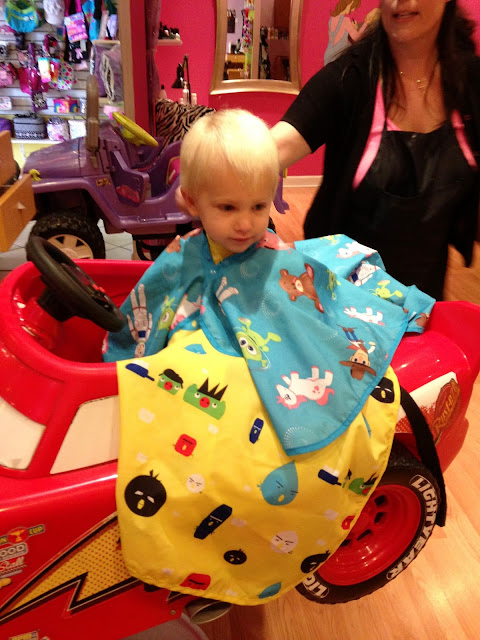 We went to Boozle Bs again, which pretty much made their day. We liked it last time, so I made sure to take them again. Henry was thrilled with the Lightning McQueen car, but Nick preferred the purple jeep. Or perhaps he just didn't want to be like his brother, who went first. Nick's hair was especially shaggy. 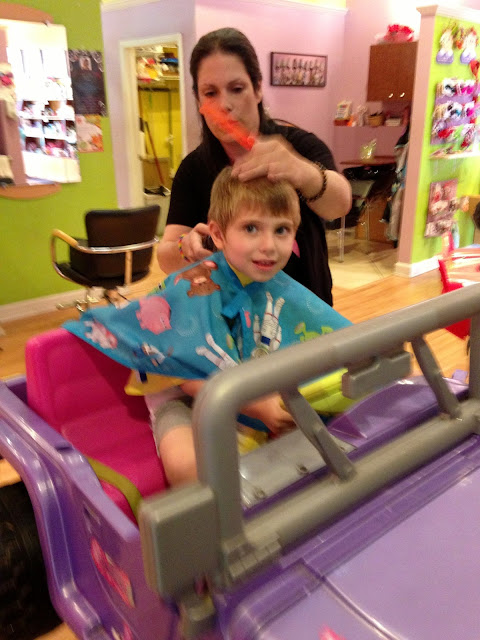 Here are the after shots. This is Henry's typical face.


Nick was quite thrilled with his faux hawk. I didn't even have to bribe him to smile. 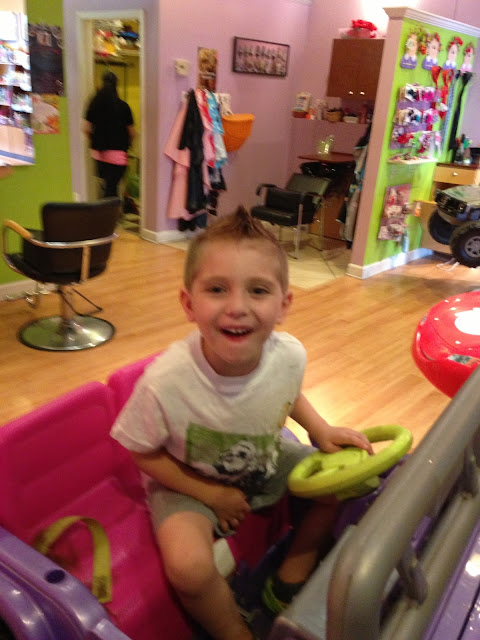 I had promised the kids that if they were "good" during the haircutting expedition, I would take them to a brand new park. We often travel around, looking for new parks. Sometimes I get lost, but more often we find parks with neat features. This one had lots to climb, and Henry took advantage. He climbed far higher than Nick would. 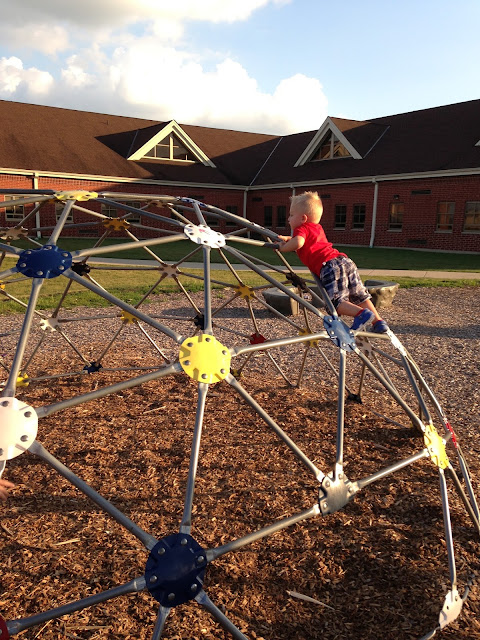 Henry did keep climbing, but I don't have a picture because I went to stand underneath him at that point. He loves to climb and doesn't have much fear, though he is usually pretty careful. Nick, on the other hand, interjected himself into a group of 2nd or 3rd graders. He just kept asking, "Can I play with you?" until they capitulated. By the end, he had all five of them playing tag his way. The boys got hungry after about an hour, and the older guys showed Nick how to pick corn from the cornfield and eat it raw. 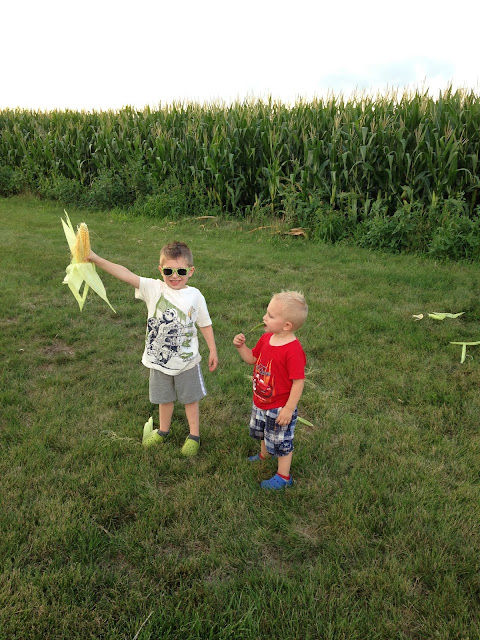 I didn't even know you could eat corn raw. Nick is already learning naughty things from the bigger boys. I'm very surprised that they let him play with them for so long.