Remember yesterday when I said we could let Henry take the Mammoth Cave Historic Tour, because it was too strenuous? Well, it wasn't too strenuous for Nick! Since I did not attend this particular tour, Greg has agreed to do a guest post about Mammoth Cave.

On July 19th, my mom and I took Nick on his very first tour of Mammoth Cave. It was an exciting day, as Nick had been looking forward to going into the cave since he first saw pictures of it in one of his Daddy's books a few years ago. 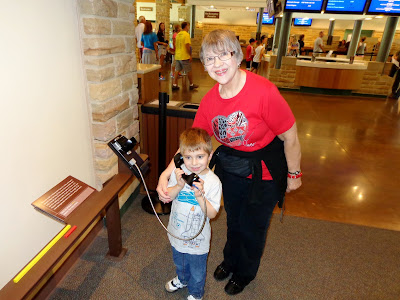 After waking up at the hotel in the park, we walked over to the Visitor Center, which features a brand new museum of the cave and its history.


We then joined our tour guide and group and started the descent down the wooded trail leading to the cave. 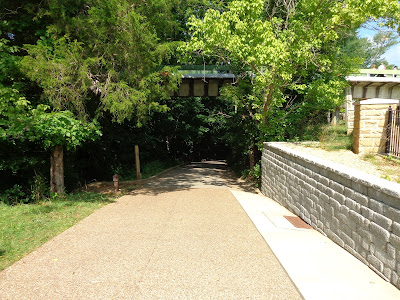 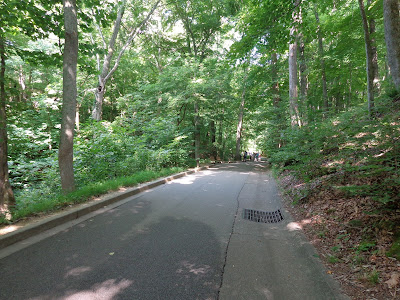 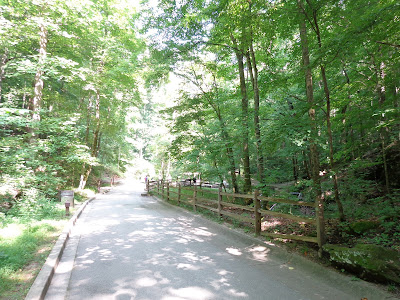 This is the entrance to the cave. It is 54 degrees year-round down there, so as soon as you turn the corner above, the 90 degree heat and humidity gives way to very refreshing natural air-conditioning. 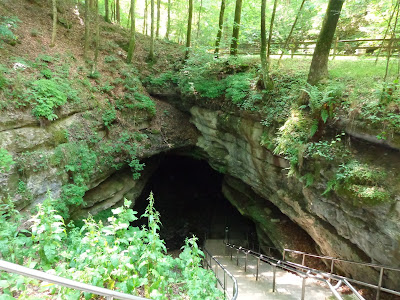 I was a little worried about how Nick would handle a strenuous two-hour, two-mile hike through the cave with numerous stairs and twists and turns. 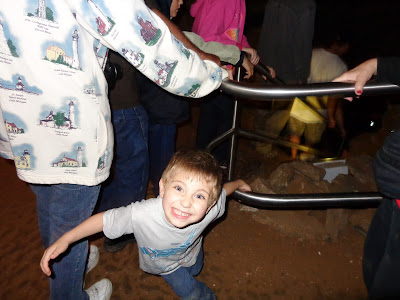 Once the tour starts, everyone is committed to going all the way. 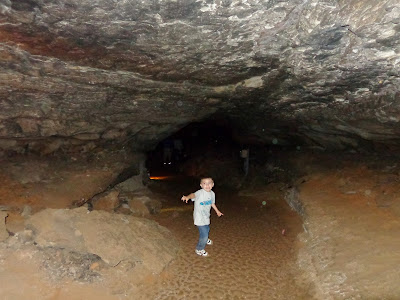 Nick was so excited that his adrenaline must have taken over. He hopped and skipped most of the way. 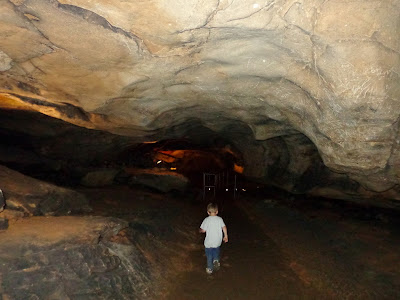 Nick has been watching the Back to the Future movies a lot lately, so he now likes to pretend that he is Michael J. Fox on a skateboard. Here Nick is riding his "hoverboard" through Gothic Avenue.


At one point, Nick asked about one of the electrical boxes along the trail and then proceeded to reach over and turn the lights off on everyone. Luckily the ranger behind us turned them back on within seconds. 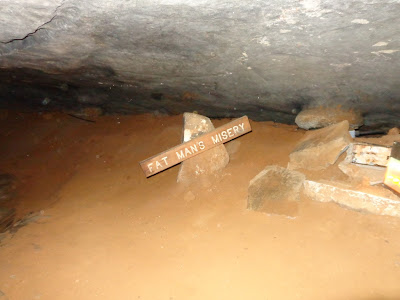 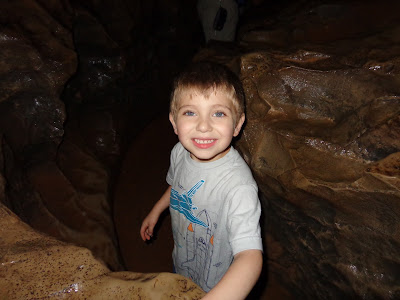 No misery for him! 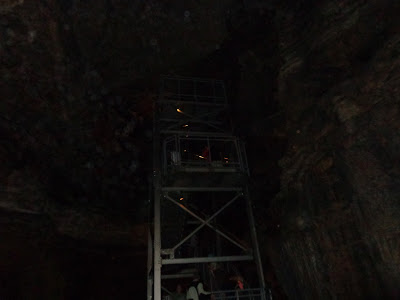 Here is Nick at the top of a long climb up Mammoth Dome. 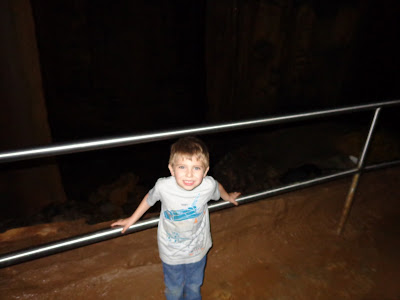 Nick said, "Hurry up, Daddy. You're going to get left behind! 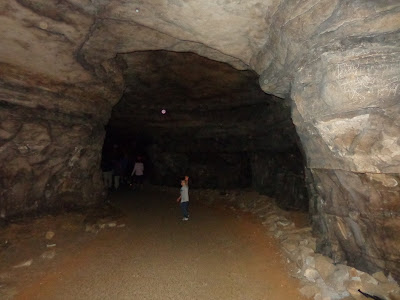 After a long walk, we finally made our way back to the entrance. 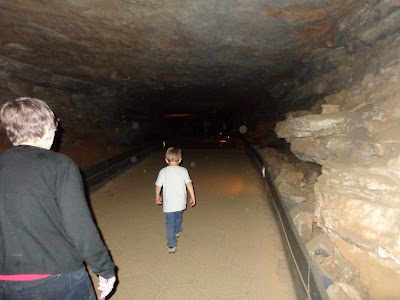 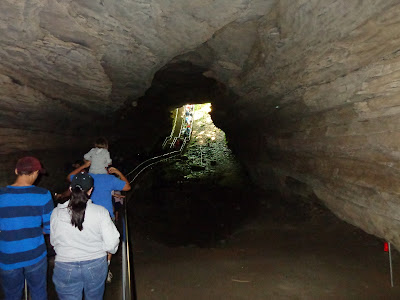 And here we are back above ground. 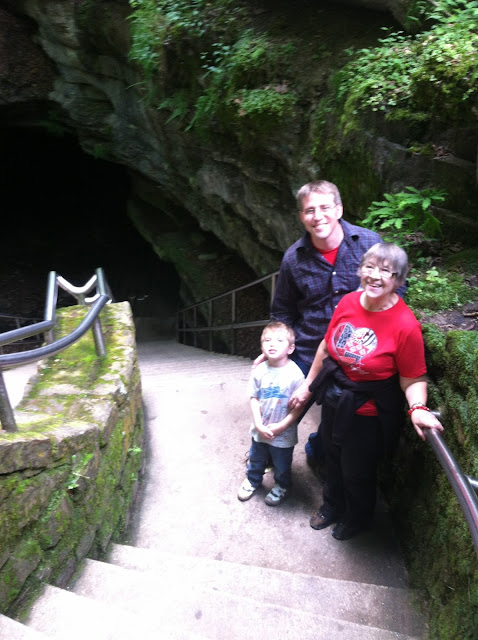 I think Nick is now hooked on caving.